There’s an amazing interview with legendary photographer and Yale professor Gregory Crewdson in the latest issue of ELEPHANT magazine which is a must read, unfortunately you have to find a physical copy of it because the interview is nowhere to be found online.  It’s worth every penny though — it’s easily one of the most impressive magazines being published today (it’s actually a sister “trinity/companion” publication of the amazingness that is FRAME and the mindblowingness that is MARK, which are my two most essential monthly mags).  In digging further into Gregory’s online presence I discovered this FOCUS Features profile of Crewdson where he shares the top five motion pictures that had the most influence on his jaw-dropping, cinematic style of photography, and here they are ladies and gents:

In the feature, Crewdson elaborates on why each one of these films is so important to him, and his words partially lift the veil of mystery that surrounds this unassuming icon.  Gregory Crewdson’s images are painstakingly elaborate and involve small armies of film crews and equipment, as well as strategic planning and coordination in order to pull off.  I never grow tired of his photographs, and sometimes find myself staring at them for upwards of ten minutes each time I revisit them — all the while discovering something new each time.  Crewdson is by far the most important photographer in the world as far as I’m concerned.  If a picture is worth a thousand words, Gregory Crewdson’s are each worth a trillion.  You can read his own comments on each of his five most influential films by visiting FOCUS Features, and be sure to also read this Guardian profile of his career by CLICKING HERE.   He is represented in the United States by the prestigious Lhuring Augustine Gallery in Manhattan.  To see more of Gregory’s stunning photographs CLICK HERE. 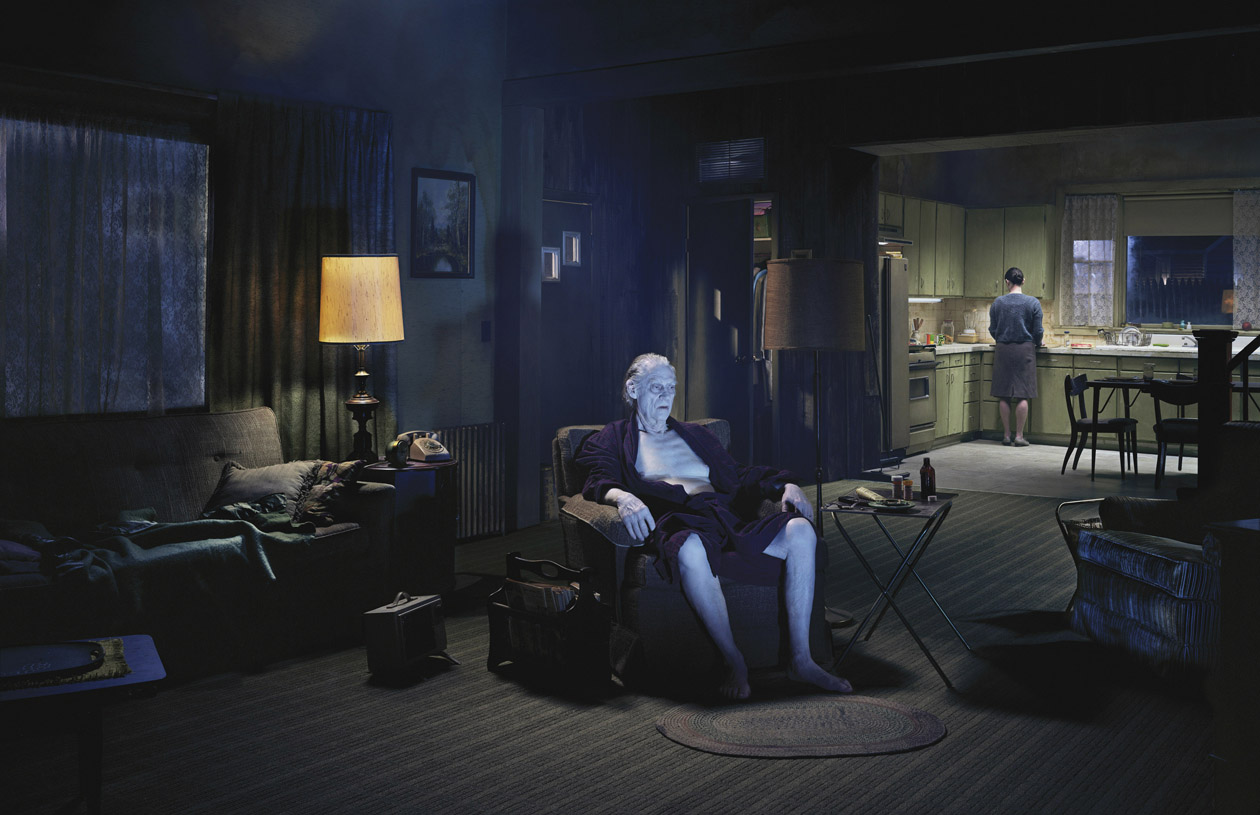 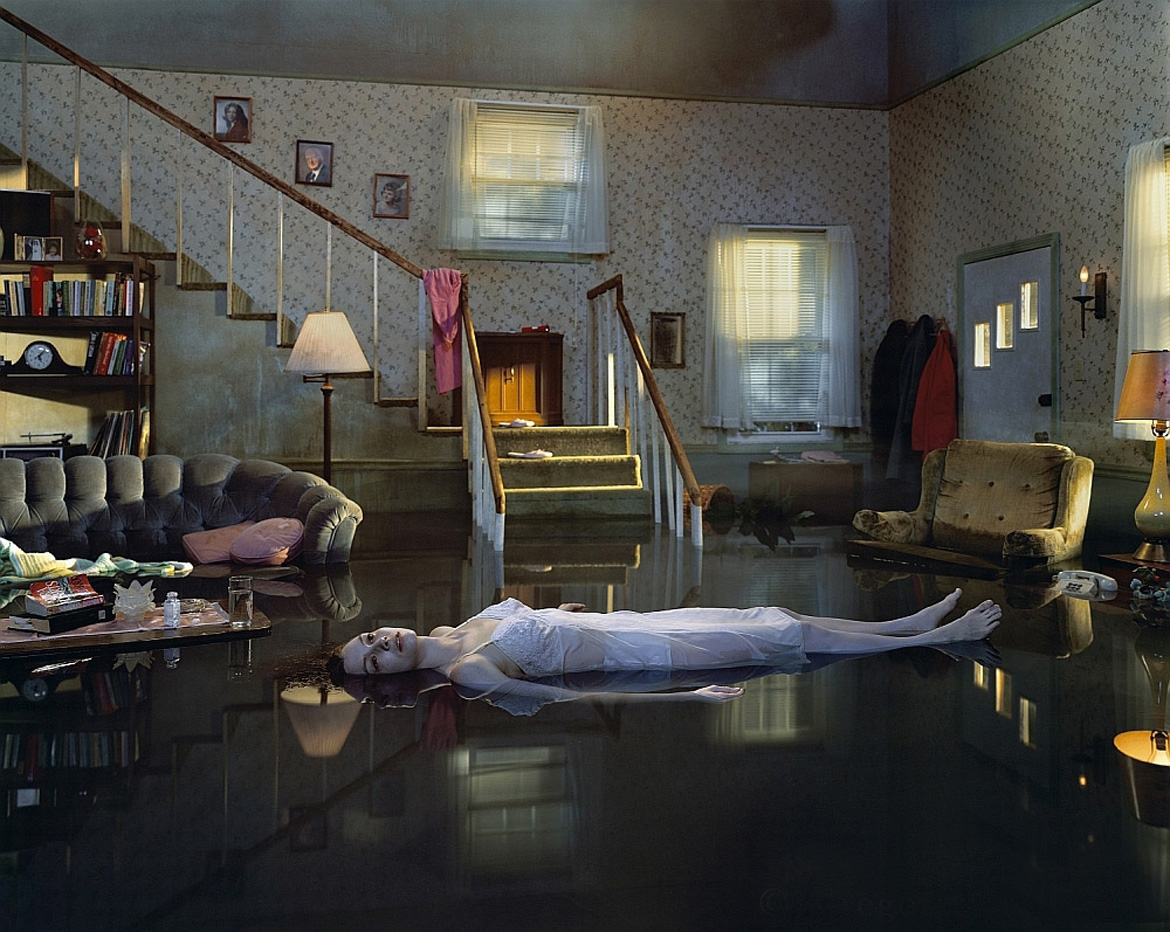 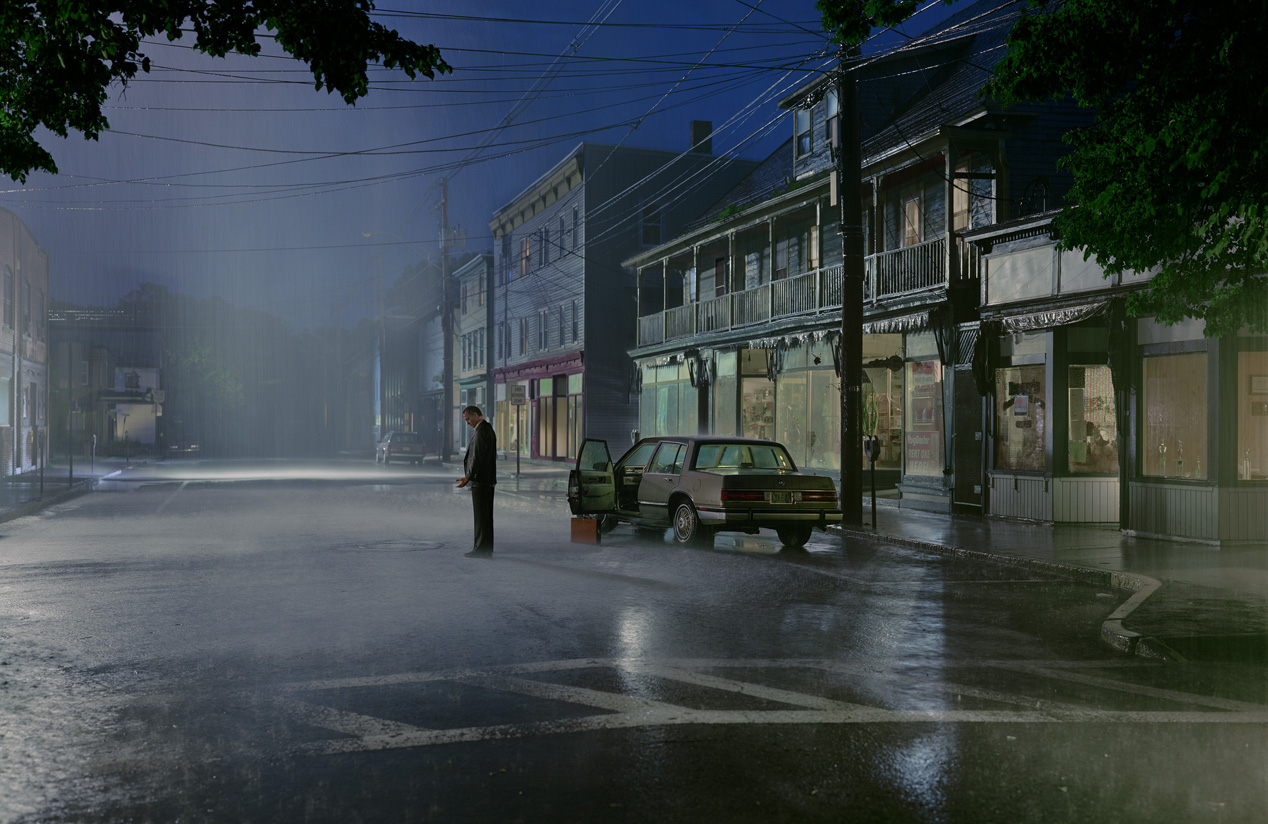 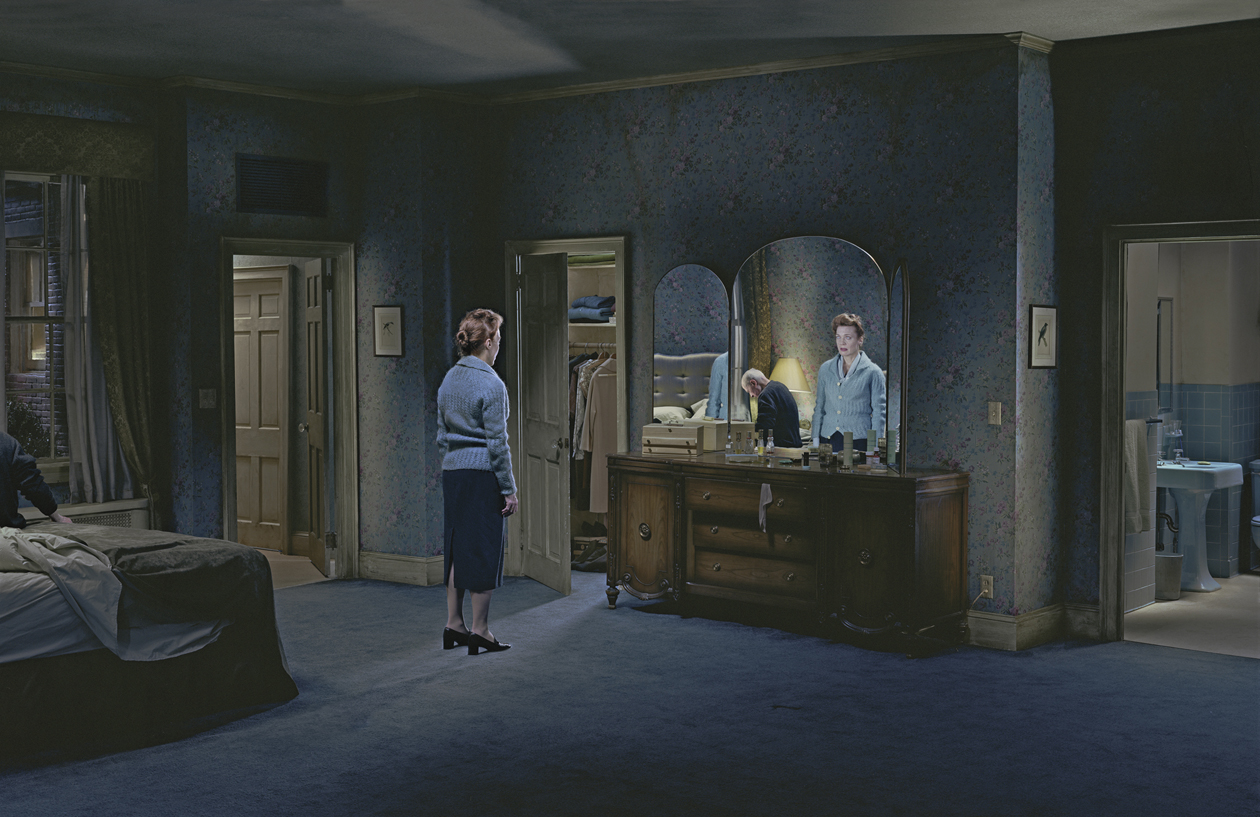