The very first trailer for Roman Polanski‘s upcoming dramatic comedy CARNAGE has just been released and now I’m even more anxious than ever to see it when it opens this coming December.  The film is based on the acclaimed Yasmina Reza‘s play “God of Carnage” (originally entitled “Le Dieu du Carnage”).  The storyline of CARNAGE centers on two pairs of Brooklyn parents, one of whose child has hurt the other at a public park, who meet to discuss the matter in a civilized manner. However, as the evening goes on, the parents become increasingly childish, resulting in the evening devolving into chaos.  The play has been described as “viciously funny,” an “impeccably accessible comedy of despair,” and according to Ben Brantley of The New York Times, “God Of Carnage” is, “a study in the tension between civilized surface and savage instinct… a satisfyingly primitive entertainment with an intellectual veneer.”

The play was first directed by Jürgen Gosch and performed for the very first time in Zürich on December 8, 2006. In January 2008, the play was performed in Paris starring Isabelle Huppert and Eric Elmosnino, and in English in London on 25 March 2008 (in a translation by Christopher Hampton) starring Ralph Fiennes, Tamsin Greig, Janet McTeer and Ken Stott.  The American adaptation premiered on Broadway on February 28, 2009, starring Jeff Daniels, Hope Davis, James Gandolfini and Marcia Gay Harden.  All four were nominated for Tony Awards, with Harden eventually winning the “Best Leading Actress” trophy (in the film version, the names of the characters have been changed from Harden’s “Veronica” to Foster’s “Penelope”, and Davis’s “Annette” is now Winslet’s “Nancy”). The play also won the Tony Award for “Best Play”, as well as “Best New Play” at the 2009 Olivier Awards, the highest accolade in British theatre.

The film is premiering in a few short weeks at the 68th Venice International Film Festival running August 31 to September 10, 2011, with its North American release slated for December 16, 2011.  Although set in Brooklyn, New York, the movie was filmed in Paris beginning in February 2011 due to Polanski’s legal inability to travel to the United States. 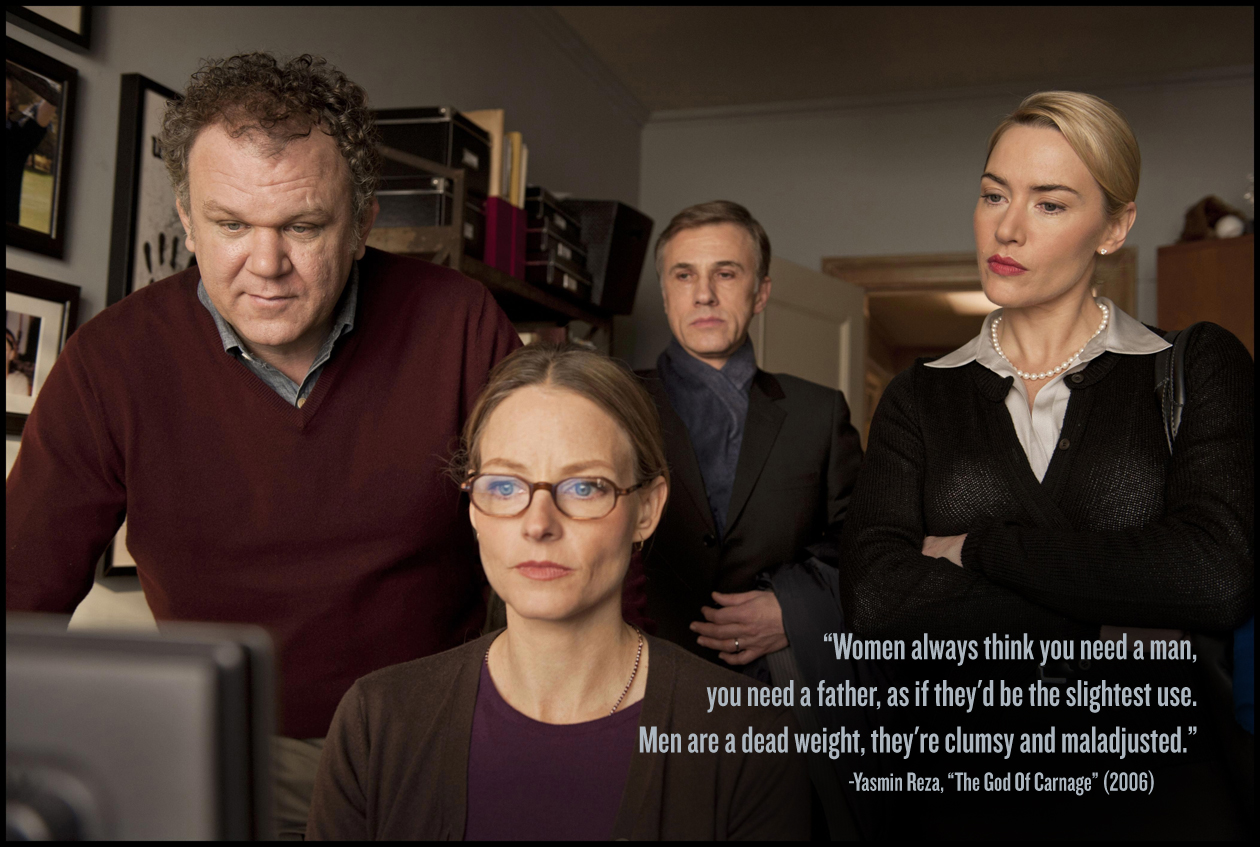 Previous post:
The Mindblowing Winners Of The 2011 International Photography Awards Next Post:
Jeff Bridges Talks To Charlie Rose About His New Country Album And His Buddy T-Bone Burnett