Roughly a year from now on July 20, 2012, Christopher Nolan‘s third and final installment of his Batman franchise will be hitting theaters around the world.  Production of The Dark Knight Rises is currently underway in the city of Pittsburgh where several of the film’s secrets have been revealed such as Tom Hardy’s costume for his portrayal of Bane, Christian Bale on set in his Batman suit, and Anne Hathaway speeding away on a motorcycle as Catwoman. But none of those compare to the coolness of seeing Batman’s newest toy “flying” through the streets of the city.  The Production Designers of the film are Kevin Kavanaugh and Nathan Crowley, and they’ve done an amazing job here with the Batwing’s faceted styling and stealth complexity.

Nolan has been vocal over the past few years about his disdain for sequels, yet with the massive success of Batman Begins (2005) and The Dark Knight (2008), he has also been pressured by Warner Brothers to pump out another one.  Nolan, however, was not bound by contract to make another sequel, so you can imagine how comfortable he felt in only doing a third installment if the story felt right.  He was once quoted as saying, “On a more superficial level, I have to ask the question, how many good third movies in a franchise can people name?” The story for The Dark Knight Rises was conceived by Nolan himself as well as by David S. Goyer.  The script was written by Nolan with his brother Jonathan Nolan (who also co-wrote Memento, The Dark Knight, as well as the upcoming reboot of the Superman franchise, Man Of Steel directed by Zack Snyder).  When asked about the script for Rises back in March, 2010, Christopher said the following:

Without getting into specifics, the key thing that makes the third film a great possibility for us is that we want to finish our story. And in viewing it as the finishing of a story rather than infinitely blowing up the balloon and expanding the story… I’m very excited about the end of the film, the conclusion, and what we’ve done with the characters. My brother has come up with some pretty exciting stuff. Unlike the comics, these things don’t go on forever in film and viewing it as a story with an end is useful. Viewing it as an ending, that sets you very much on the right track about the appropriate conclusion and the essence of what tale we’re telling. And it hearkens back to that priority of trying to find the reality in these fantastic stories.

The film’s estimated budget is $250 million, and shooting began on May 6, 2011 in Jodhpur, India in Mehrangarh Fort (see photos of Mehrangarh Fort by CLICKING HERE), and its wrap is scheduled for November.  The six-week shoot in Pittsburgh which is currently underway has literally taken over the city with everyone getting involved on multiple fronts.  Prior to the first day of shooting, producers notified the police and 9-1-1 call centers to expect a rise in the number of gunfire reports due to the chases that would be filmed in the streets, and local business owners and residents were notified of all street closures. Shooting locations within the city also included Heinz Field, the site of a football game, with members of the Pittsburgh Steelers playing as the Gotham Rogues football team.  Filming in Pittsburgh also took place at the Mellon Institute and the Software Engineering Institute at Carnegie Mellon University.  Production photos from the Pittsburgh shoot also showed a second Tumbler chassis after the first was destroyed in The Dark Knight. In addition to the Batwing sighting this weekend, Autoblog confirmed back in June the presence of the new Lamborghini Aventador on the film set.  Other shooting locations include London and Glasgow, the latter of which is being used for additional exterior filming. 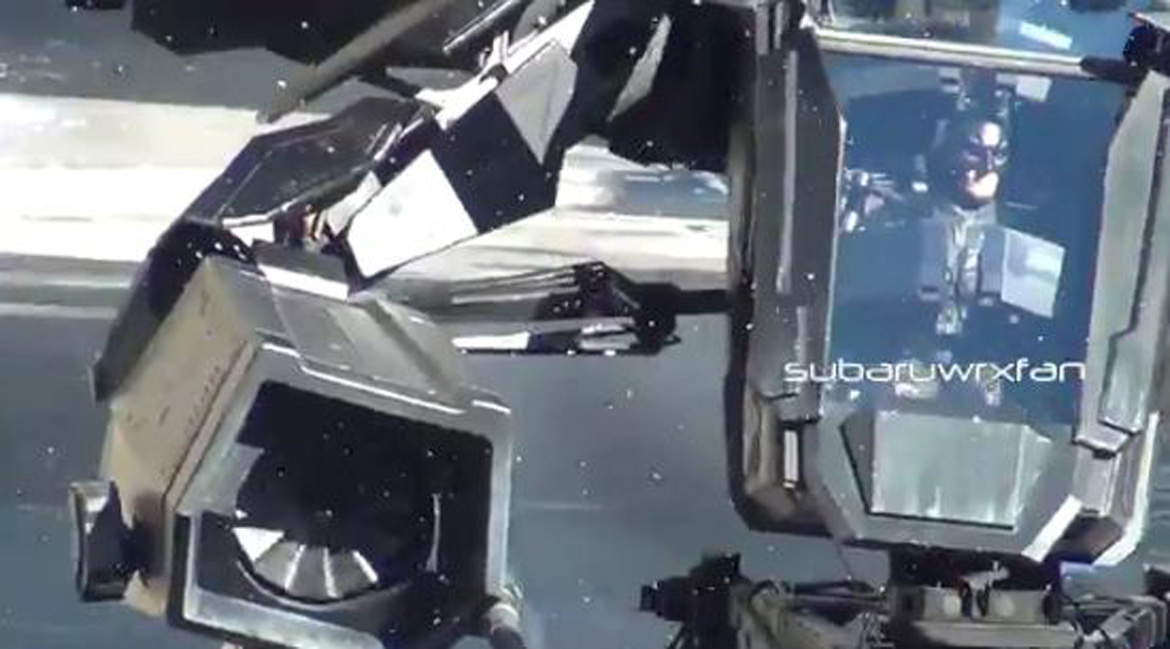 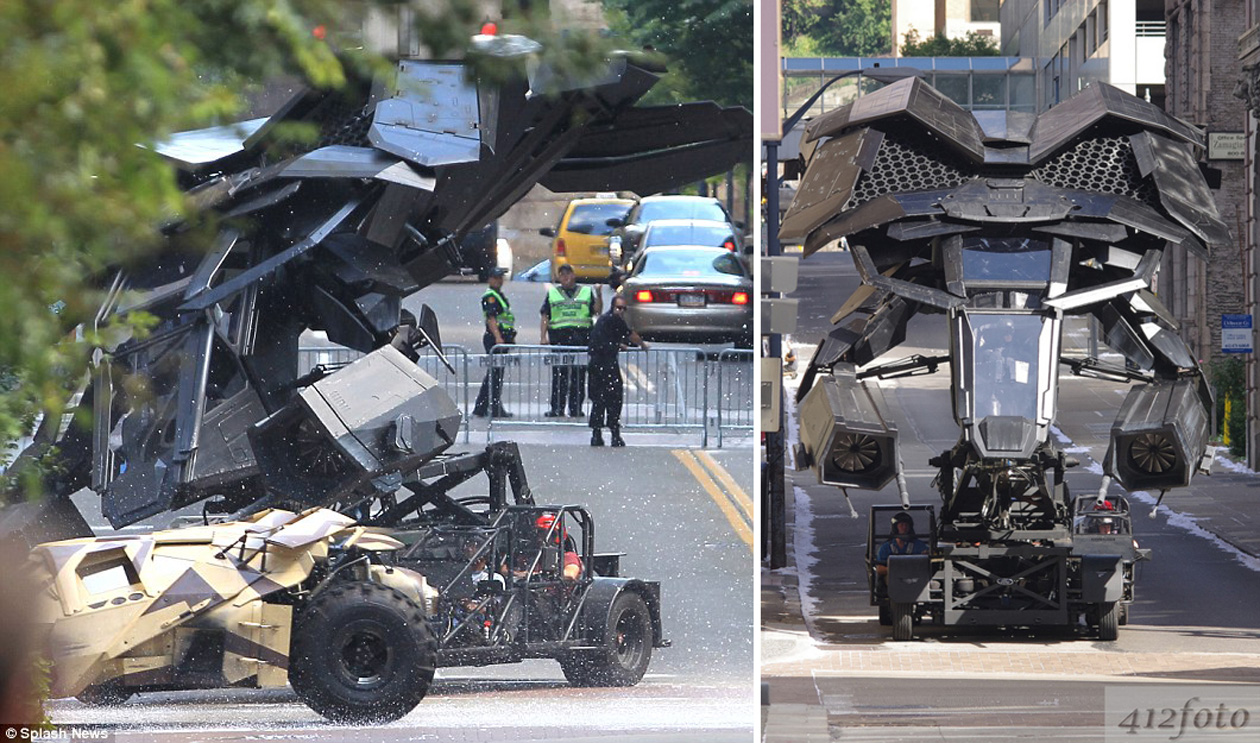