The following timelapse video was taken from the recent voyage of the Space Shuttle Atlantis, the final Space Shuttle mission of all time.  On July 20, the shuttle undocked from the station for the last time and began preparations to return home. During their 13 days in space, the shuttle astronauts supplied the International Space Station with a new logistics module, tested tools, technologies, and techniques to refuel satellites in space, and collected old equipment from the space station.

SEGMENT 1: NASA’s Shuttle Discovery (STS131), while docked to the ISS, captured these images on April 12, 2010 as it moved from the night side of the Earth to the daytime. In the process the Aurora Borealis can be seen on the Earth’s limb. A solar panel from the ISS and a docked Soyuz module can be seen in the foreground.

SEGMENT 2: NASA’s Shuttle Discovery (STS131), while docked to the ISS, captured these images on April 16, 2010. The sequence begins as the Shuttle emerges from darkness over the Canadian Rockies, traversing the United States southeast towards Florida. The Bahamas and Hispaniola are seen as the Shuttle continues over Venzuela, Brazil and finally the southern Atlantic ocean before returning to darkness.

SEGMENT 3: The Sun rises behind space shuttle Atlantis in this time-lapse sequence from July 19, 2011, one of the last days of the historic final mission of the shuttle program.

The footage was acquired on July 19, 2011, with a Nikon D2Xs digital camera using a 14 mm lens.  To learn more be sure to visit the website of NASA’s Earth Observatory or visit the home page HERE. 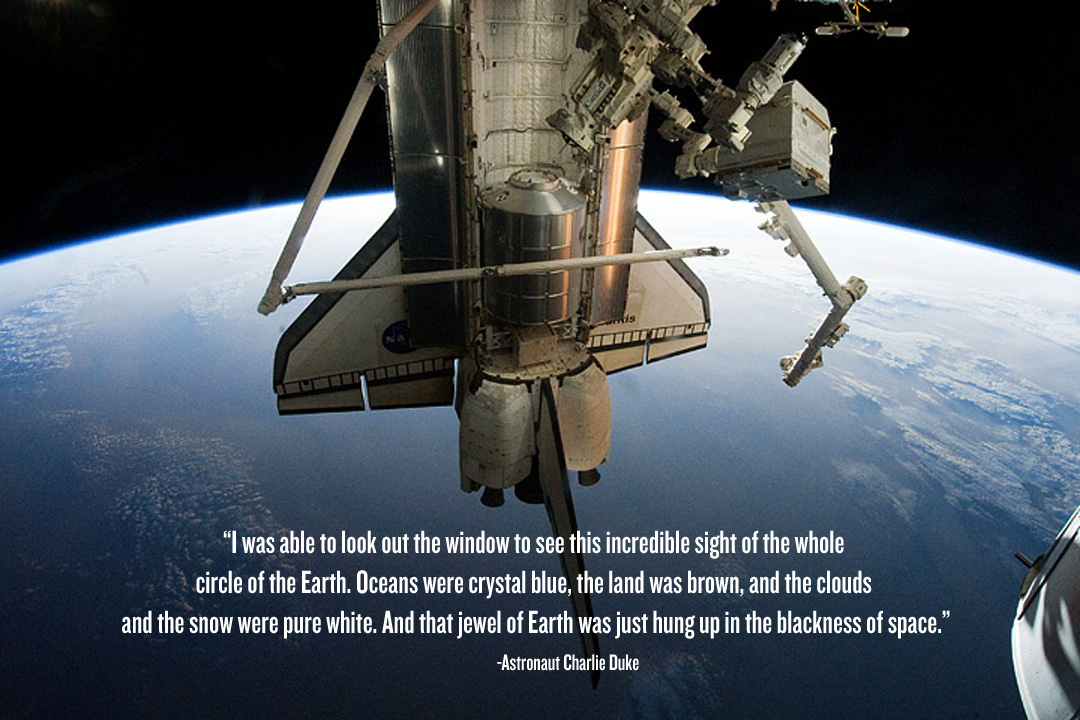