Ann Curry interviewed a surprisingly calm Jim Cramer this morning about the current state of the United States debt ceiling negotiations and the early reaction from Wall Street yesterday.  I get the impression that ever since Jim’s September 2008 on-air volcanic eruption over the impending economic apocalypse at the time — and the panic he ended up causing — meant he got a stern warning from NBC executives to never lose his shit on air again.  Either way, it’s nice to know Wall Street doesn’t feel the same level of worry that most of the rest of the world does. 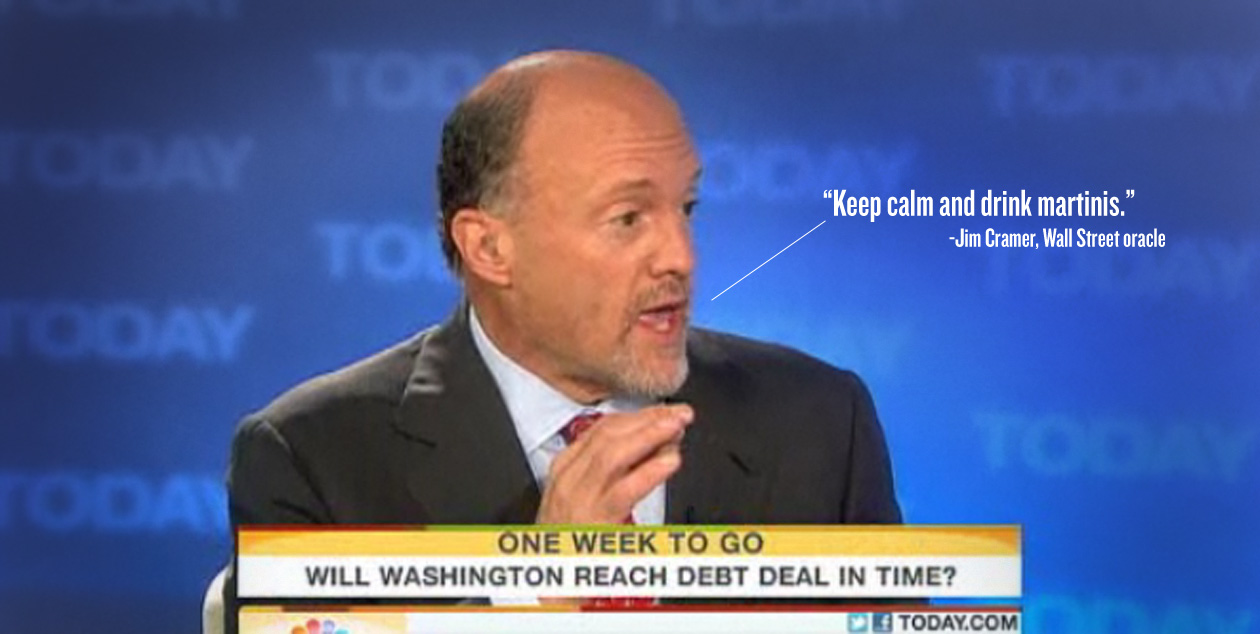