Most Wall Street insiders think a $1 trillion market capitalization for any company is impossible.  But Apple (AAPL) has been defying these insiders for years now, leaving them each eating humble pie and shocking even the most savvy business mind with their continued meteoric rise.  In order for Apple to reach this point (they are currently valued at around $350 million, and earlier this year officially became the most valuable company in America, surpassing Wal Mart, General Motors, and all the rest) they must expand.  But how?  Here’s an excerpt from the article:

What matters most for Apple is: do they still have new avenues for growth that will move the needle for a company their size? “Move the needle” is a relative term.  When you are doing $28 billion a quarter, the new opportunity has to be pretty damn big. However, as I look out ahead, I see several opportunities for Apple including: China, pre-pay market in emerging markets for the iPhone, iCloud/Apple TV which you could say is a outgrowth of iTunes (content), stores could still grow a bunch, and Payments (disintermediating Visa and Mastercard), and parabolic growth in the Mac if Apple halo effect truly takes place in enterprise and education spaces. Now, if they do all that, they will meaningfully move their revenues. There will still be many who say “yeah, that’s great, but they won’t be able to keep it up because they’re too big” which means I think they’ll continue to have a market (or slightly less than market) multiple but the growing earnings will keep pulling up the price. Bottom line: I think a trillion and more is possible in the next 3 years.

I guess we’ll have to stay tuned to find out, but one thing’s for sure: this little Apple is defying all of Newton’s laws and knocking a whole lot of stuffy-headed, conventional business folk on the head in a major way — leaving them scratching their heads in wonder at a company that is changing the game in every possible way and defying all predictions.  You can read the full article at Forbes. 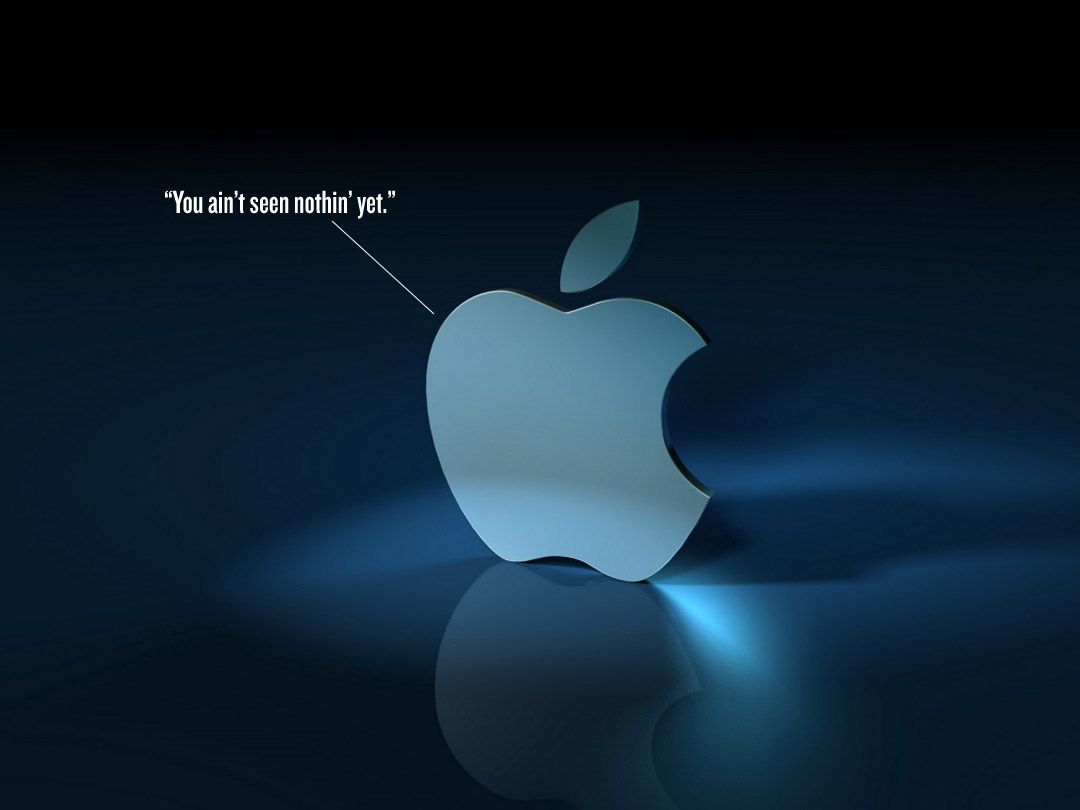 Previous post:
Christopher Hitchens Doesn’t Hold Back On His Views Of The Catholic Church Next Post:
CNN Looks At Sigmund Freud’s Cocaine Addiction And The Prevalence Of The Drug In The Late 1800s