As a way of making a point that his church is of no less relevance than the conventional ones, Alm requested permission to wear a pasta strainer on his head for his driver’s license photo.  Austrian citizens are only allowed to wear headgear in state identification photos for religious purposes, so he argued that since he is a Spaghetti Monster “pastafarian” he should be permitted to do so.  The Austrian government has been avoiding him for three years, but this week the government caved.  Alm is now the proud owner of a valid Austrian driver’s license featuring him donning his finest religious garb.  I’m proud of you Niko — and if I ever meet you in person I will make you the best damn pasta dinner you’ve ever had in your life.  Last year I went to visit my ex-boyfriend in Vienna and I’m not exaggerating when I tell you that 95% of the people I encountered (outside of his warm and beautiful circle of friends) gave new definition to the word “jackass”.  Admittedly, I have not met the entire Austrian populace so it would be impossible to label the entire nation as being a country of douchebags, but it’s awfully tempting.

I would go as far as to recommend there should be a travel advisory sent out to anyone on their way to Austria, warning them of what they are about to get into.  It’s a gorgeous country, but it’s chock full  of miserable old geezers who have a massive collective chip on their shoulder likely stemming from how their empire collapsed so quickly and dramatically.  But if Austria had more people like Niko I might actually consider going back someday.

Austrian arrogance aside, the real issue here is the separation of church and state.  Examples such as this which Niko Alm has framed so well, elegantly ensnares organized religion in its own trap of bad logic — catching them red-handed in their denying a citizen a particular right (you may not agree with Alm, but his rationality is pure as gold and has crystal clear parallels with the fight for gay marriage, stem cell research, and a long list of others).  It serves as a perfect illustration of Christopher Hitchens’ belief that, “Organised religion is violent, irrational, intolerant, allied to racism, tribalism, and bigotry, invested in ignorance and hostile to free inquiry, contemptuous of women and coercive toward children.  The essence of the independent mind lies not in what it thinks, but in how it thinks.” 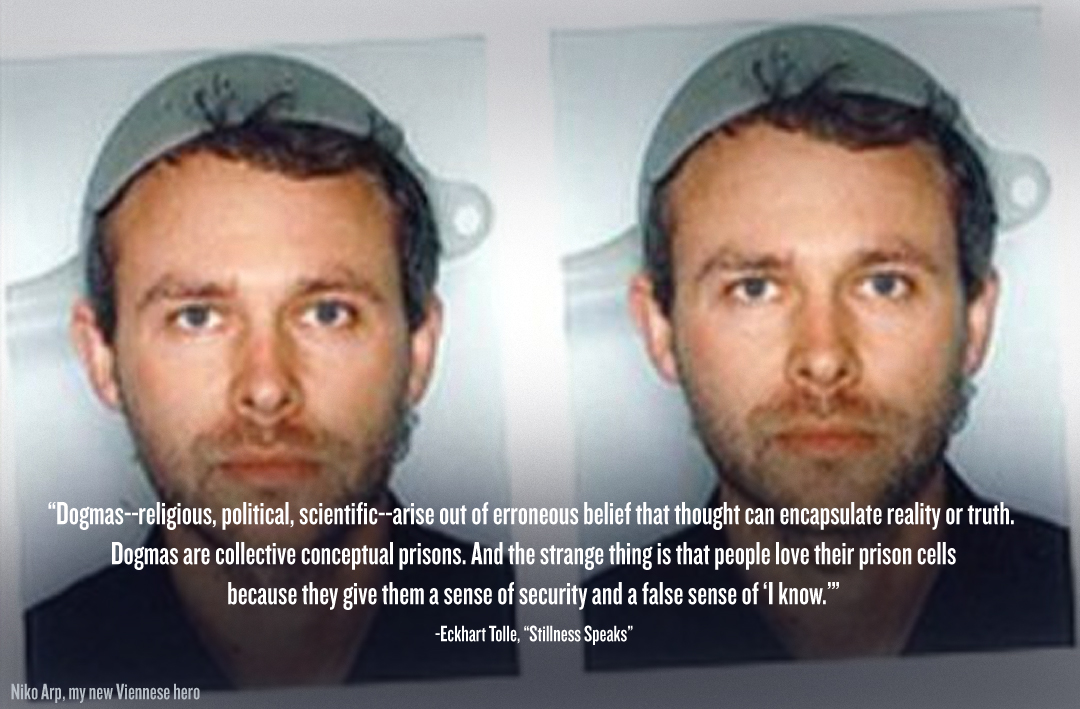