FEELguide and FOCUS Features are pleased to present the first ever FEELprize in conjunction with Mike Mills’ highly anticipated film Beginners starring Ewan McGregor, Christopher Plummer, Mélanie Laurent, and Goran Visnjic (now playing in select theatres).  Beginners imaginatively explores the hilarity, confusion, and surprises of love through the evolving consciousness of Oliver (Ewan McGregor). Oliver meets the irreverent and unpredictable Anna (Mélanie Laurent) only months after his father Hal (Christopher Plummer) has passed away. This new love floods Oliver with memories of his father who — following 44 years of marriage — came out of the closet at age 75 to live a full, energized, and wonderfully tumultuous gay life. The upheavals of Hal’s new honesty, by turns funny and moving, brought father and son closer than they’d ever been able to be. Now Oliver endeavors to love Anna with all the bravery, humor, and hope that his father taught him.

I’ve been looking forward to this film for quite some time now, and judging from Mike Mills’ impressive body of work (read more about that HERE), the stellar cast, and all the terrific reviews it has been enjoying, my wait — and yours — is guaranteed to be more than worth it.  I wrote a piece earlier about how the story is an autobiographical account of Mills’ own relationship with his father who came out of the closet in his 70s almost immediately after the death of his wife to whom he’d been married for almost his entire adult life.  The making of Beginners was a very emotional experience not only for the director, but for the entire crew (read the full story HERE), and promises to serve as a beautiful reminder of the importance of being true to one’s self. And one added tidbit about Mike that you might not be aware of is the fact that he is married to fellow director extraordinaire — and FEELguide favorite — Miranda July !  Amazingness.

1. THE SOUNDTRACK: First is the dropcard to download the soundtrack of Beginners. A beautifully curated selection, the film’s music features artists such as Hoagy Camichael, Gene Austin, David Palmer, Roger Neill, Brian Reitzell, and many more.  I’ve been listening to previews of the soundtrack over at Film Music Reporter and it’s an amazing compilation — there’s even some Bach thrown in for added measure (to hear some clips from the soundtrack CLICK HERE).

2. THE DIRECTOR’S EXCLUSIVE BOOK: But perhaps the best prize is the book Drawings From the Film Beginners By Mike Mill. The book contains all the drawings which Mike Mills drew, and that Oliver (played by Ewan) works with in the film. Oliver has the unfortunate idea of creating an illustrated “History of Sadness” as a record cover for the The Sads, including such episodes as: Neanderthal man realizes he’s outclassed by homo sapiens man, the pilgrims, industrialization, birth of the novel, pets in general and many more. This volume also features a new series of drawings: an illustrated “History Of Love” which includes such chapters as: the first butt to attract, great lovers in film, flappers, free love’s not so easy, internal V.S. external problems and many more.

3. YOUR VERY OWN FEELguide FEATURE ARTICLE ABOUT YOU: The winners will also get to have their very own FEELguide feature.  Do you have a business or a band or a charity or a portfolio or a story you would like to tell the world?  We can do that for you since you’re the winner and all — whatever you want!

The two winners will determined by whoever generates the most points by midnight EST on June 30, 2011.

10 POINTS via Facebook:
By getting your Facebook friends to enter.  Each time you get one of your friends to comment in the stream (they’ll automatically get 5 of their own points for that too) with these exact words: “I just played thanks to (your name)!” you get 10 POINTS (CLICK HERE FOR THE COMMENT STREAM).

The contest closes at midnight EST on June 30, 2011 and the two winners will be announced on July 1, 2011. Beginners is playing in select cities now. To learn more about the film you can visit the website of FOCUS Features and also follow it on Facebook and YouTube.  Be sure to also check out Mike Mills’ director blog HERE. 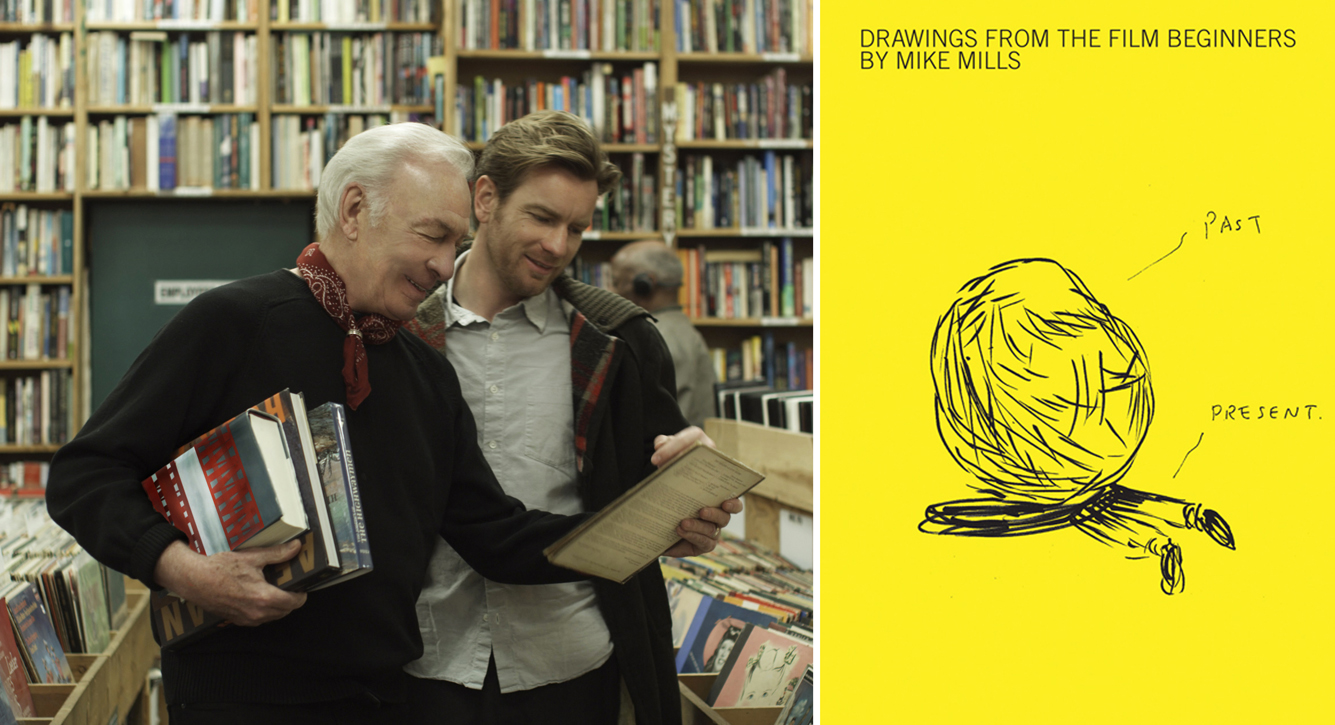 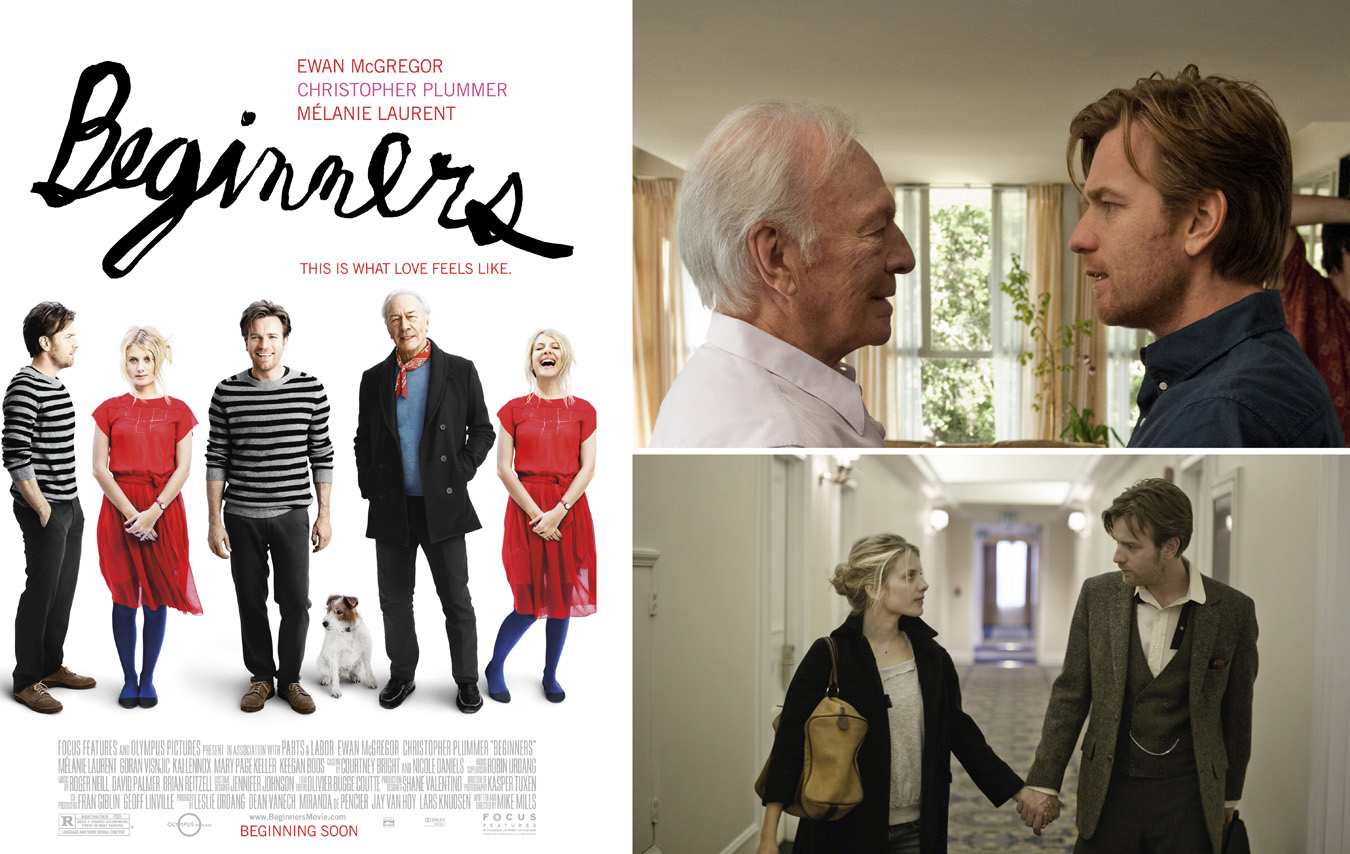 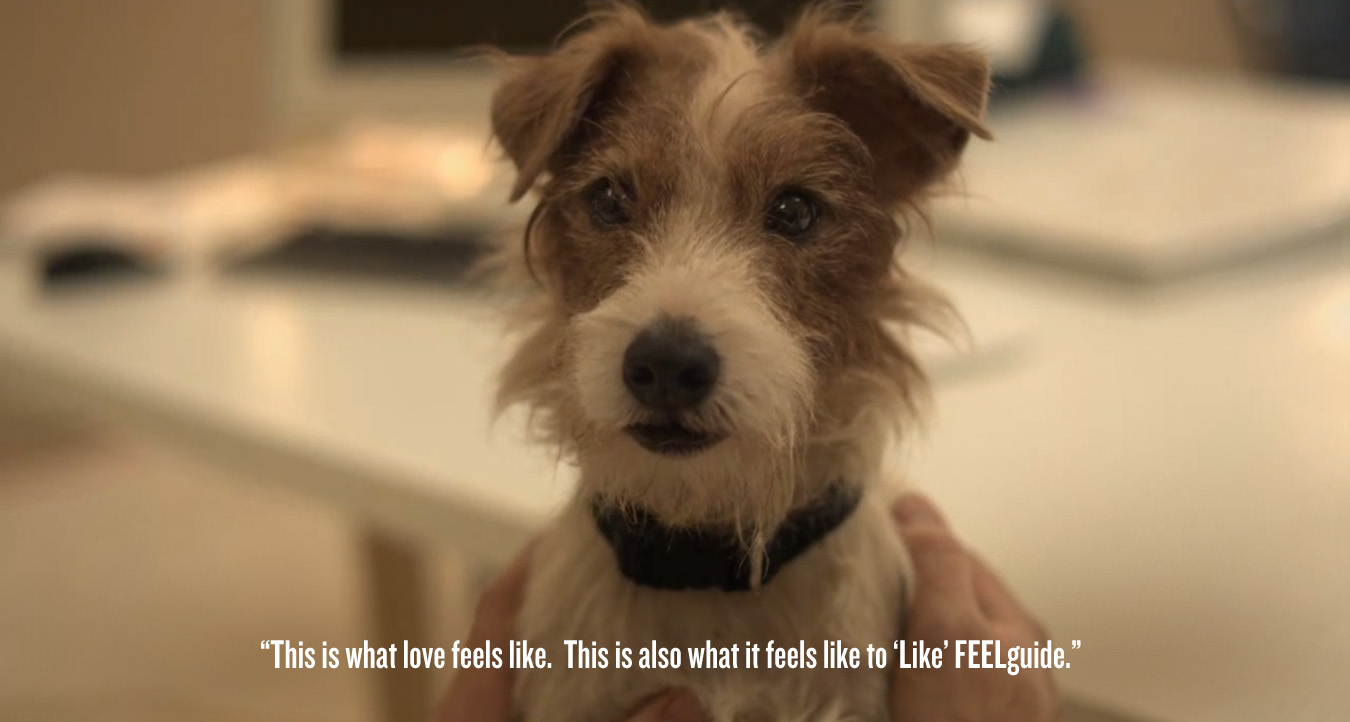