This home designed by Atelier Tekuto is a short 20-minute train ride from downtown Tokyo, and it easily wins the top prize for making the most of uber strict zoning requirements. The structure is a long, narrow trapezoid shape with the following bizarre dimensions: 3.2m-wide in the front, 29.3m-long, and 0.7m at the back.  The designers had to take into account the zoning rule which says the exterior walls have to be 0.5m set back from the property lines, but they found a loophole: any underground structures don’t have to follow this rule.  So they buried all the major living areas in the basement to maximize the extra 0.5m on each side.  And to save even more space, instead of using thick concrete walls to reinforce the surrounding earth, they used thin 8mm-thick steel plates (with anti-rust, heat-insulation, and waterproof treatments) to get the job done and keep the pressure of the earth held back.  The house is named “Lucky Drops”, the English translation of the old Japanese saying “Save The Best For Last”.  Amazingness. To see more photos be sure to visit ArchDaily. 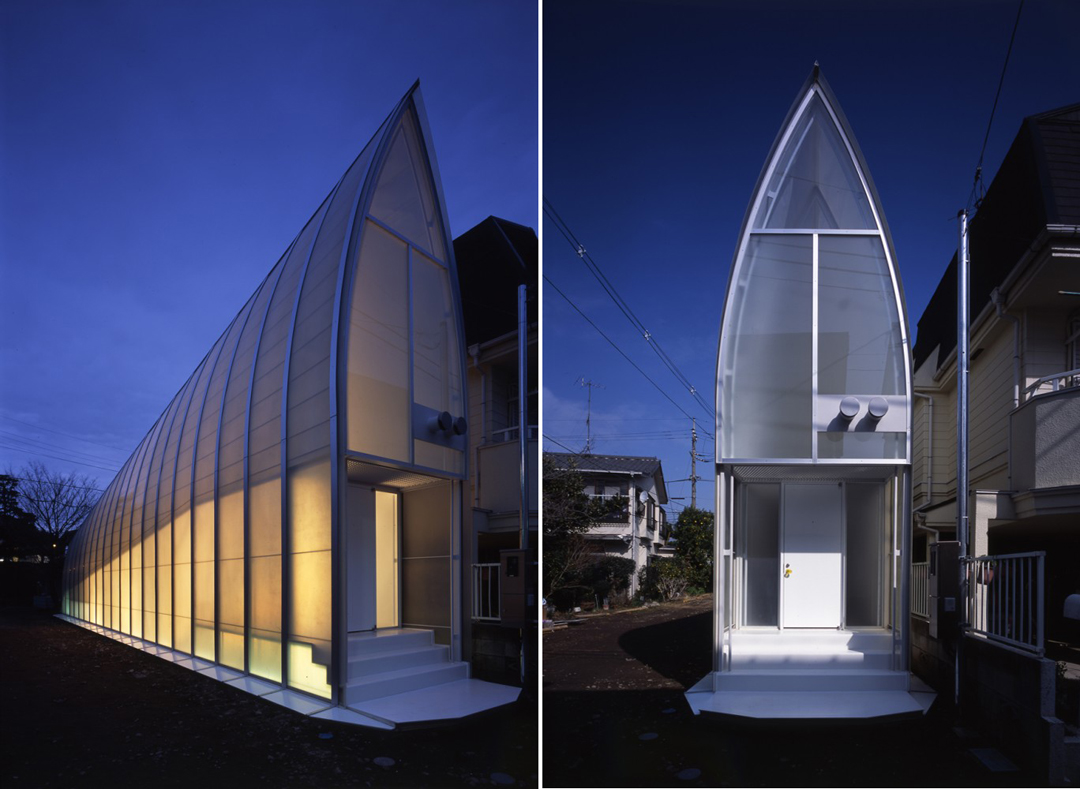 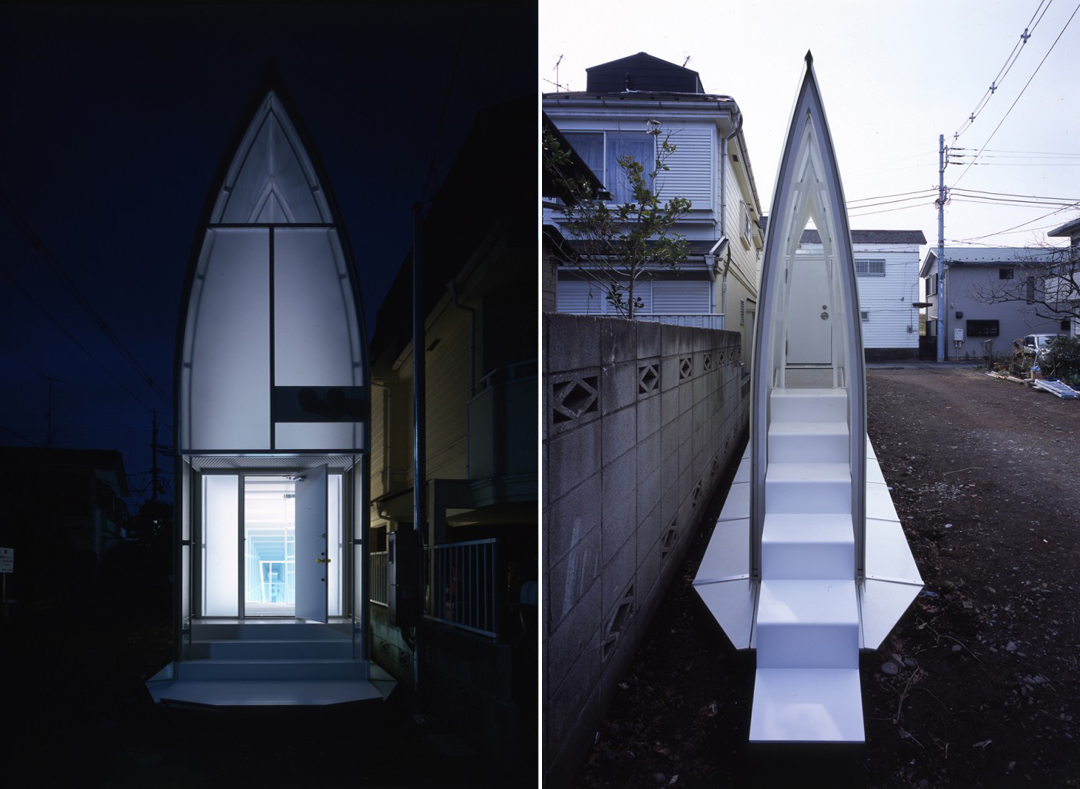 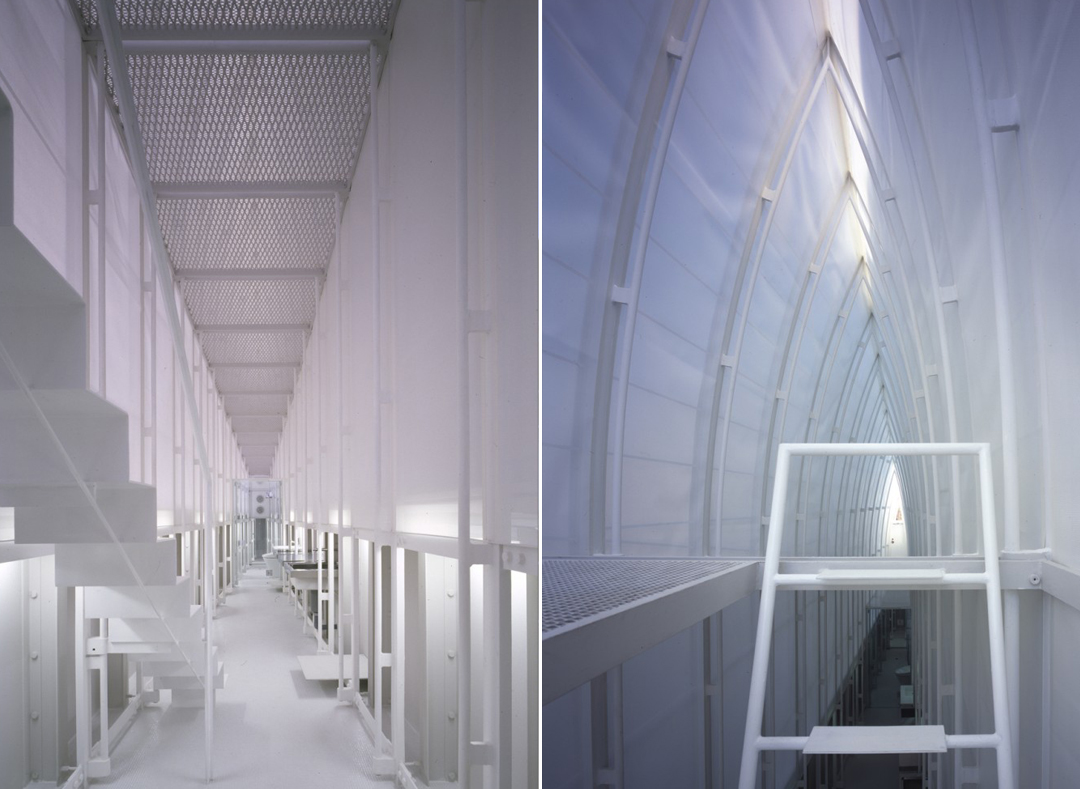 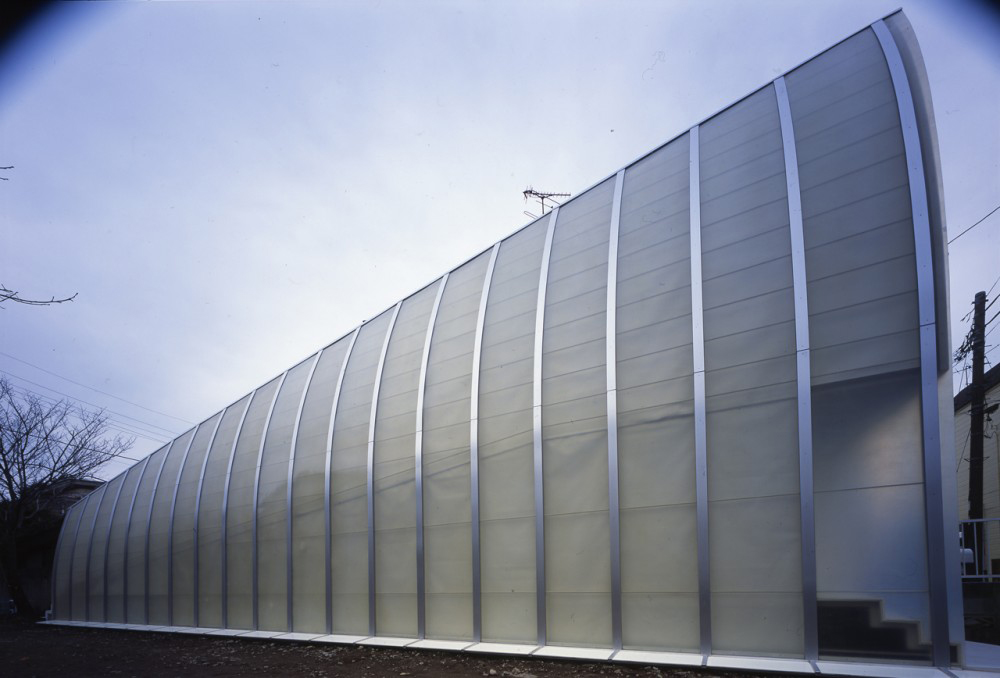 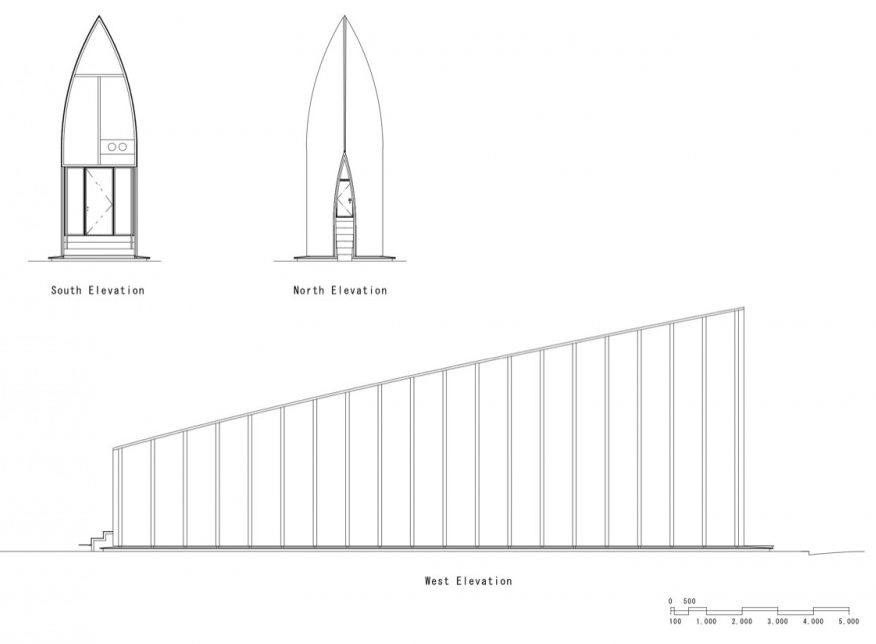 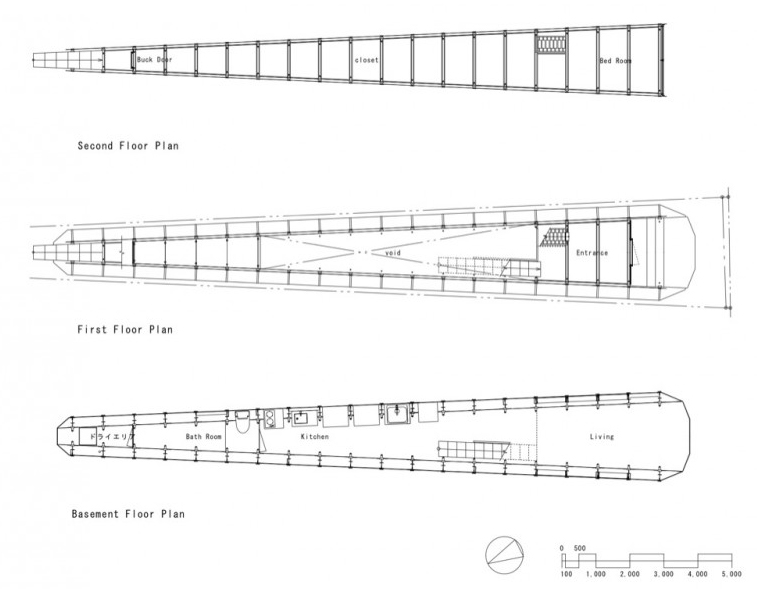 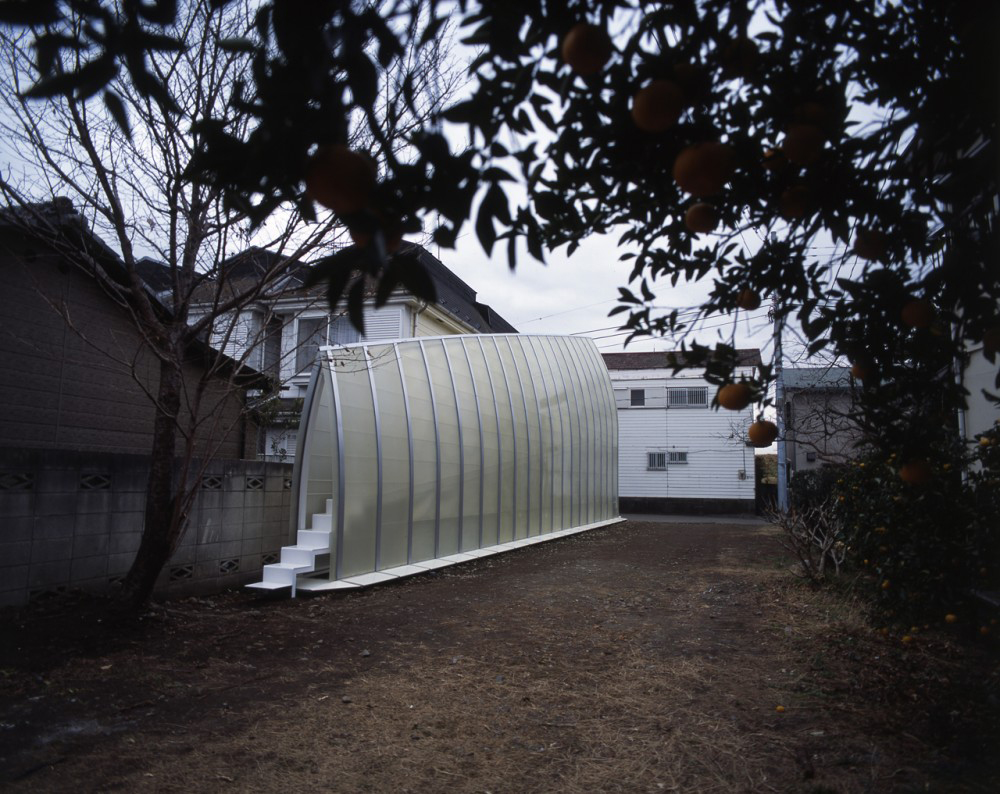 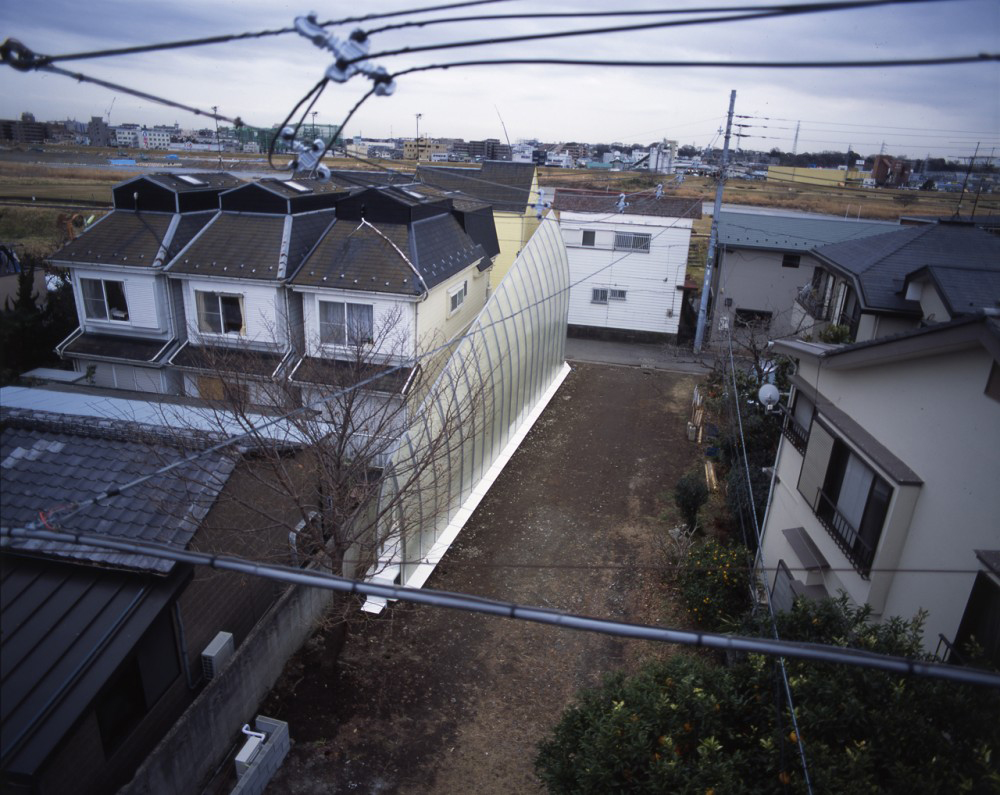 Source: ArchDaily via Today And Tomorrow

Previous post:
LINKguide (June 17, 2011) Next Post:
How Important Is Knowledge In A World Of Near Infinite Data?