After last night’s riot in the streets of Vancouver, it’s no wonder most of the universe agrees that hockey is the most neanderthalic game in organized sports. The question is: who’s closer to walking on all fours — the players or the fans?  Either way I think the disorderly Vancouverites who participated in the riots last night each deserve every last bit of embarrassment and legal punishment they’re in store for.  It’s possible for hockey to be a civilized game, but it’s people like this who give it the shitty reputation it has around the world. Thankfully we’re not all created equal, as shown in this photograph published by The Wall Street Journal this morning showing a couple comfortably reclined in on a Vancouver street in the midst of either a peaceful protest, or a simple demonstration of their love.  If more hockey fans were like these two I might actually enjoy the game more than I do. 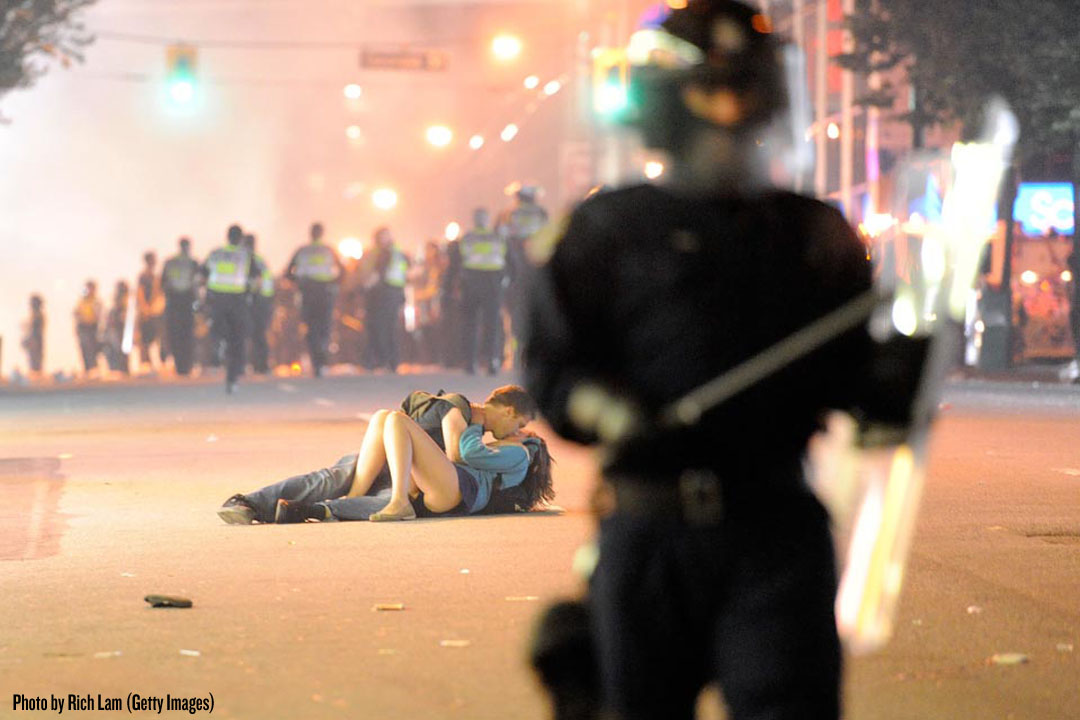