California-based artist Tim Hawkinson is known for taking everyday materials and altering them in imaginative ways, creating works that address broad issues about the intersection of human consciousness, nature and technology. Here, he employed a mix of found objects and common household materials—including twist ties, craft wood, staples, and packing material—which he transformed almost alchemically into a complex and awe-inspiring sculpture.

Echoing the working methods of ship-in-a-bottle hobbyists, Hawkinson created a painstakingly detailed model ship that twists in upon itself, presenting the viewer with a thought-provoking visual conundrum. The title is a witty play on Herman Melville’s novel Moby Dick, which famously relates the tale of a ship captain’s all-consuming obsession with an elusive white whale. The ambitious and imaginative structure of Hawkinson’s sculpture offers an uncanny visual metaphor for Melville’s epic tale, which is often considered the ultimate American novel.

Möbius Ship also humorously refers to the mathematical concept of the Möbius Strip. Named after a nineteenth-century astronomer and mathematician, the Möbius Strip is a surface that has only one side, and exists as a continuous curve. Its simple yet complex spatial configuration presents a visual puzzle that parallels Hawkinson’s transformation of the mundane materials into something unexpected.

To see more photos be sure to visit the Indianapolis Museum Of Art. 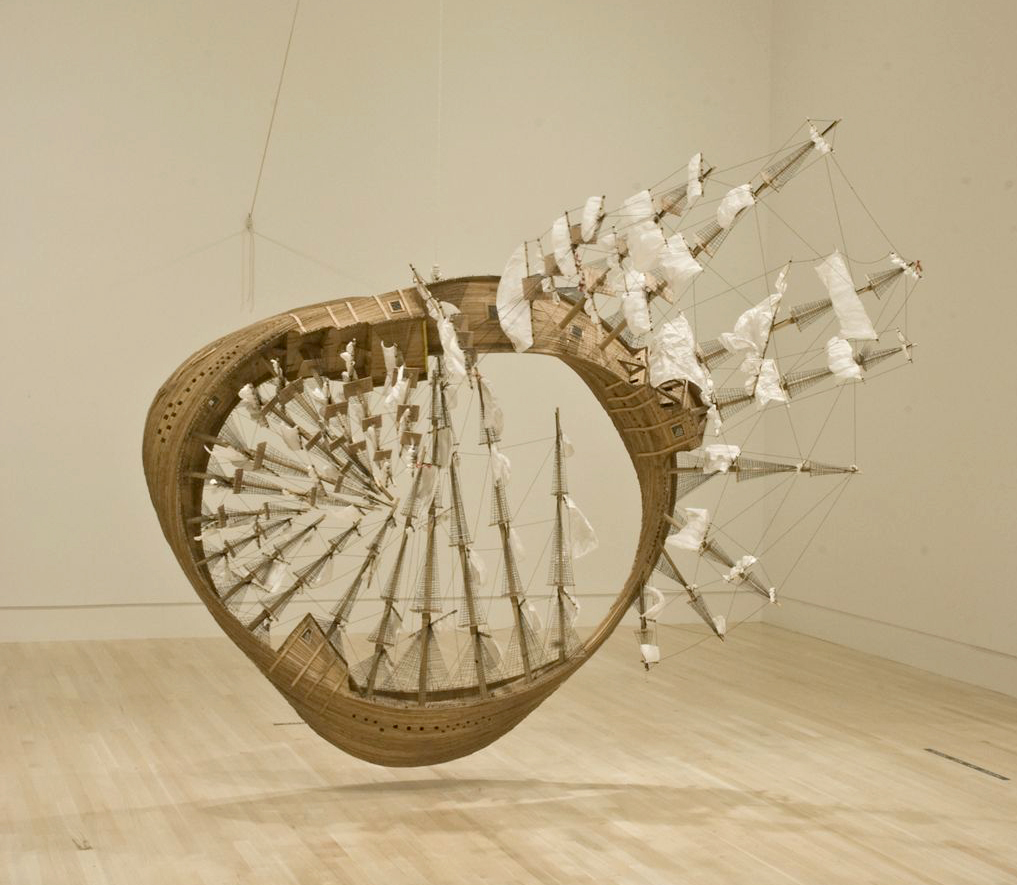 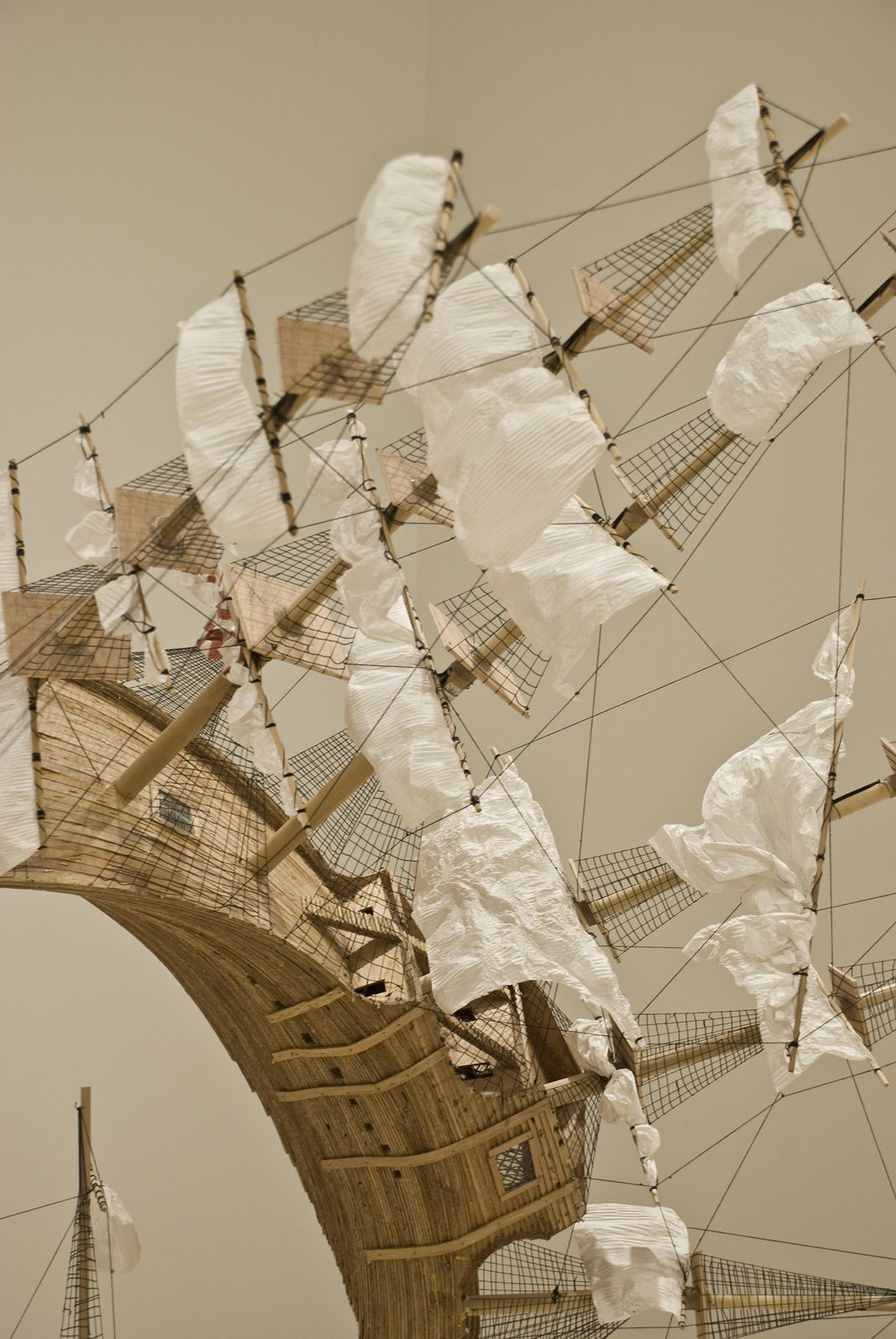 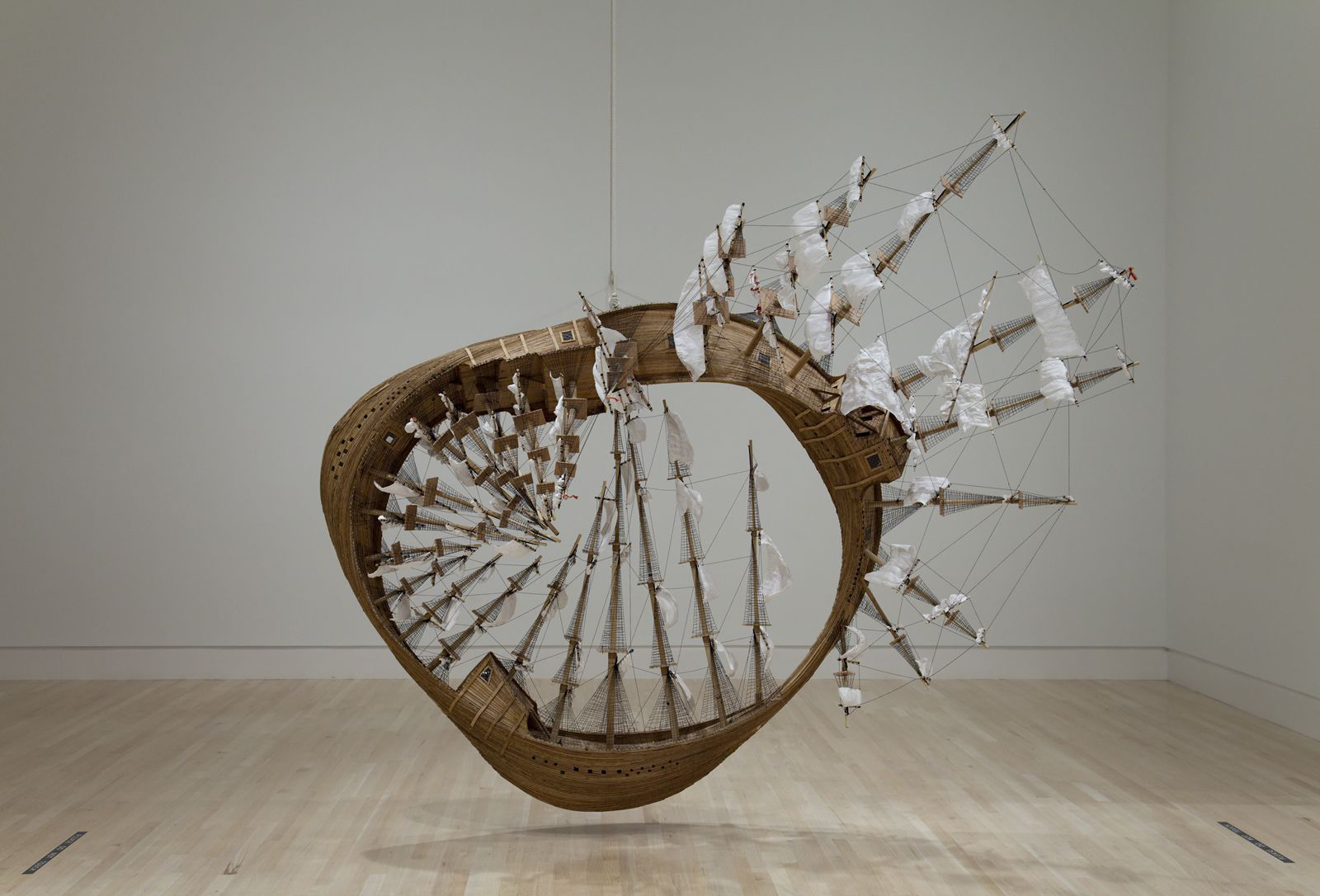 Previous post:
FEELguide EDITORIAL | The Dirty 30s: The Search For Mid-Life Meaning In The Modern World Next Post:
NOVA Explores Music’s Powerful And Mysterious Effect On The Human Brain