Hillary Clinton In Talks To Be President Of World Bank, John Kerry Could Replace As Secretary Of State

Reuters broke the major story last night that Hillary Clinton is in negotiations with White House officials to step down as Secretary Of State to take over as President of The World Bank.  One source close to Clinton was quoted as saying, “Hillary Clinton wants the job.”

Clinton has made it very clear since day one as the head of the State Department that she would not stay on for more than four years.  Sources associated with Clinton say she has expressed interest in taking over for the current President of The World Bank, Robert Zoellick, should he leave at the end of his term in mid-2012. Another insider revealed that President Obama has expressed his support and approval for the change in her role, although it was unclear at the time of Reuter’s publication of the story last night whether Obama has given his “formal” agreement for her nomination to the Bank, which would require approval by the 187-member nations of The World Bank.  Her transition would likely be extremely smooth. The White House is in denial mode at this time, with W.H. Press Secretary Jay Carney telling Reuters, “It’s totally wrong.” Clinton’s spokesperson, Philippe Reines, denied Clinton’s interest in the job as well as her discussions with The White House about it or whether she would accept it if offered. Inside sources close to the situation, however, confirmed the accuracy of the Reuters report when told of The White House and Clinton denials. In normal circumstances, rumors of such nature would not surface more than a year before the position becomes vacant, but these are unusual times now that The World Bank’s sister organization — The International Monetary Fund — is a headless chicken since the resignation of its President, Dominique Strauss-Kahn, on charges of sexually assaulting a hotel maid in New York.

The World Bank provides billions of dollars each year to developing countries, and is also at the forefront of a host of issues such as climate change, the rebuilding of nations gutted by conflict, and the transition to democracy in places such as Tunisia and Egypt.  Reuters continues, “The head of the International Monetary Fund has always been a European and the World Bank presidency has always been held by an American. That gentleman’s agreement between Europe and the United States is being aggressively challenged by fast-growing emerging market economies that have been shut out of the process. The United States has not publicly supported the European candidate for the IMF, French Finance Minister Christine Lagarde, although Washington’s support is expected. Neither institution has ever been headed by a woman.”

Should Clinton take over the presidency of The World Bank, John Kerry is one of the strongest canditates to replace her as the head of the State Department.  Kerry is Chairman of the Senate Foreign Relations Committee and is one of Obama’s closes allies.  For more information you can read the full exclusive report at Reuters. To learn more about The World Bank’s important role in world affairs you can visit them at WorldBank.org. 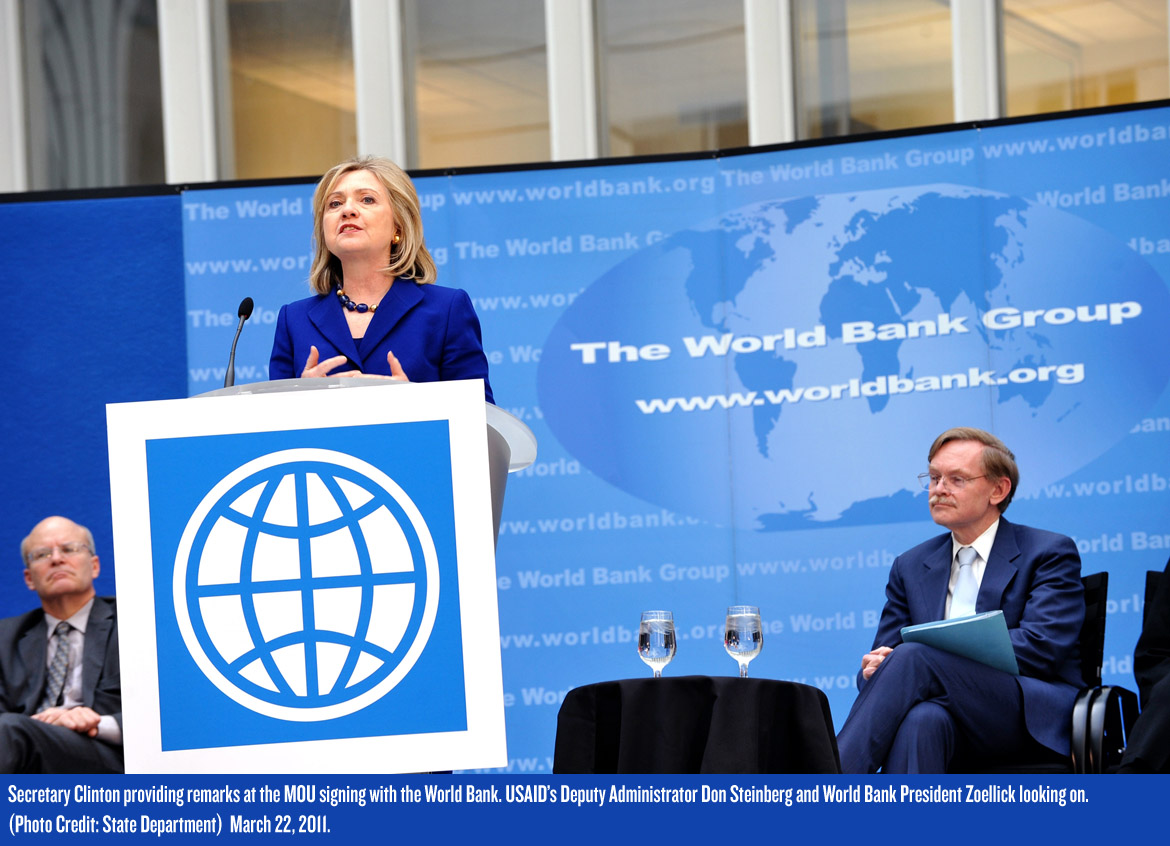