Chris Abbas is a motion graphics / visual effects designer and animator currently working at Digital Kitchen in Seattle and he recently completed this jaw-dropping video love letter to the Cassini Mission to Saturn.  The following is a brief overview of the mission from NASA’s website:

Cassini completed its initial four-year mission to explore the Saturn System in June 2008 and the first extended mission, called the Cassini Equinox Mission, in September 2010. Now, the healthy spacecraft is seeking to make exciting new discoveries in a second extended mission called the Cassini Solstice Mission. The mission’s extension, which goes through September 2017, is named for the Saturnian summer solstice occurring in May 2017. The northern summer solstice marks the beginning of summer in the northern hemisphere and winter in the southern hemisphere. Since Cassini arrived at Saturn just after the planet’s northern winter solstice, the extension will allow for the first study of a complete seasonal period. Cassini launched in October 1997 with the European Space Agency’s Huygens probe. The probe was equipped with six instruments to study Titan, Saturn’s largest moon. It landed on Titan’s surface on Jan. 14, 2005, and returned spectacular results. Meanwhile, Cassini’s 12 instruments have returned a daily stream of data from Saturn’s system since arriving at Saturn in 2004. Among the most important targets of the mission are the moons Titan and Enceladus, as well as some of Saturn’s other icy moons. Towards the end of the mission, Cassini will make closer studies of the planet and its rings.

Chris’s labor of video love involved taking multiple photographs from the mission and assembling them into this beautifully stylized short film, and in the process he has shown NASA exactly what they need to be doing more of: making space sexy again.  If I was a NASA exec I wouldn’t waste one second in contacting Chris and have him produce more stunning works like this for the rest of their missions.  To learn more about Chris and see his portfolio, be sure to visit him at GiantKillerPandas.com. 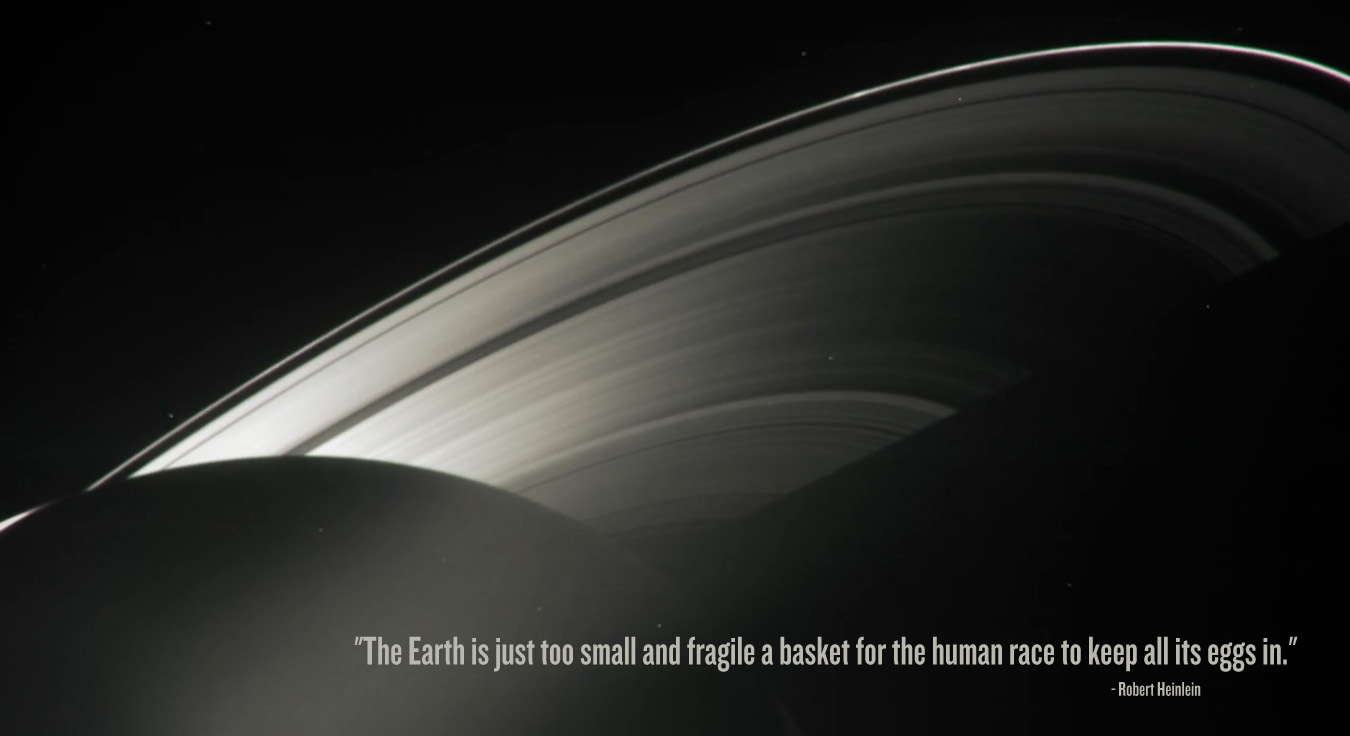