Coming up at the end of June 2011 is the Manchester International Festival in Manchester, UK, where Bjork will be returning to the live stage to commence her Biophilia tour, and where she will be performing music from her new upcoming album (“Biophilia” means the affinity between human beings and other living organisms) as well as select songs from her past catalogue.  Inside sources have revealed to The Creators Project that the show will be stunningly elaborate, and aims to bring the natural and technological together in a multimedia extravaganza.  The press release details that it will “celebrate how sound works in nature, exploring the infinite expanse of the universe, from planetary systems to atomic structure.” And how exactly is Bjork planning on achieving these extraordinary sounds? Bjork and her team have created “a bespoke digitally-controlled pipe organ; a 30-foot pendulum that harnesses the earth’s gravitational pull [similar to Foucault’s Pendulum] to create musical patterns, creating a unique bridge between the ancient and the modern; a bespoke gamelan-celeste hybrid; and a one-off extraordinary pin ball harp.” Damn straight (I will be the first in line thank you very much). The album itself will be released traditionally, as well as via a series of interactive apps that will showcase the various songs’ themes.  As an early offering to her fans, Bjork has just released this brand new sample from the album which came as part of the Solar System iPad app. 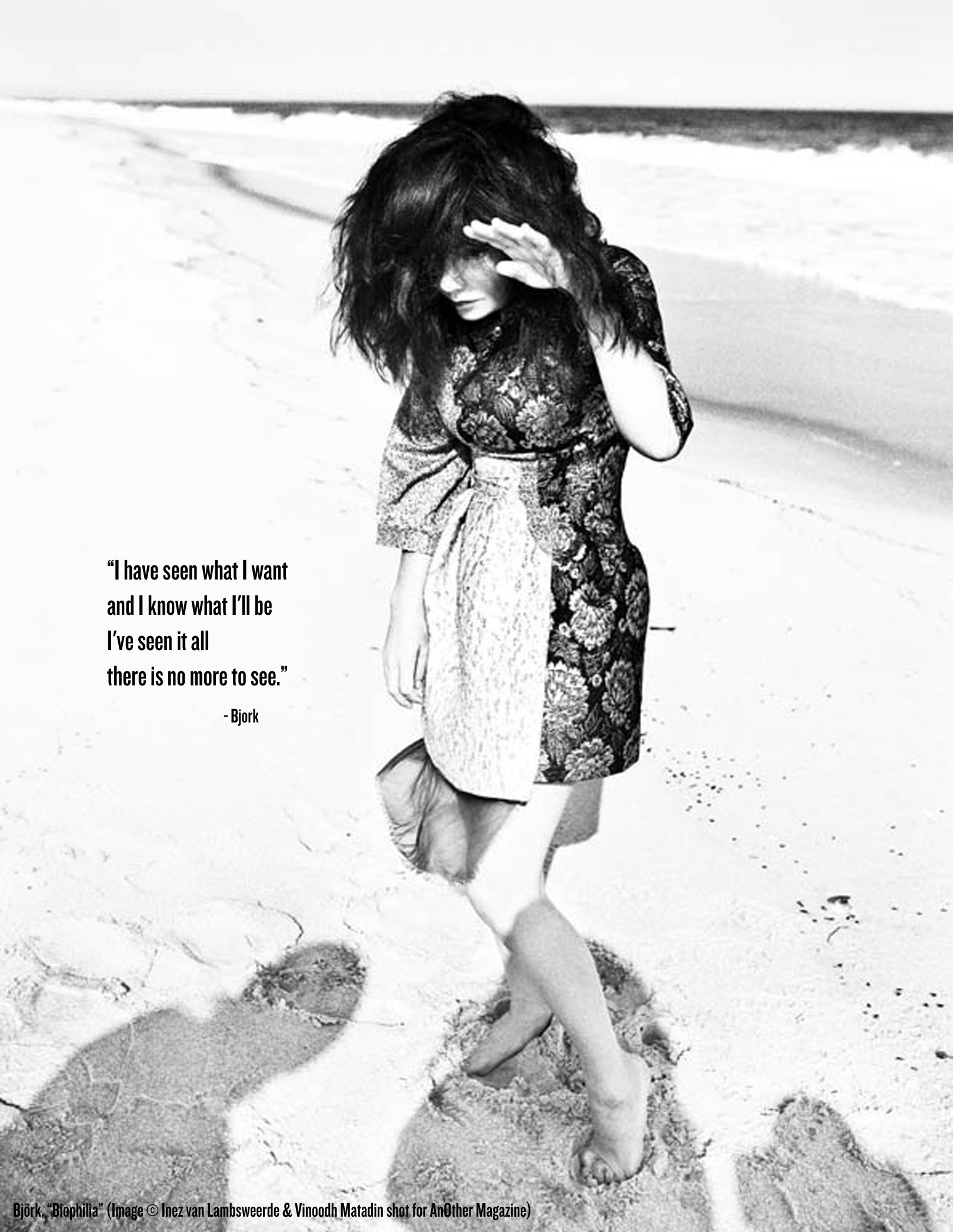