During a recent excavation of a nunnery in Florence on Thursday, archaeologists discovered the full skeleton they believe belongs to Lisa Gherardini, the woman who inspired Leonardo da Vinci’s masterpiece Mona Lisa (painted between 1503-1519).  The remains were found under the floor of an ancient church in the now abandoned Convent Of Saint Ursula.  “Preliminary analysis of fragments of the cranium and the pelvis suggest that this was an adult female,” Giorgio Gruppioni, an anthropologist at the University of Bologna, told reporters.

Giuseppe Pallanti has carried out extensive research on Gherardini and her life story.  He traced back Lisa’s life from her birth on June 15, 1479, to her death at the age of 63, and discovered that she died in the Convent Of Saint Ursula where the excavation is currently underway. The bones will now undergo radiocarbon dating, hystological analysis and DNA testing.  “The discovery of a complete skeleton is a very exciting development. The burial is consistent with the historical period in which Lisa Gherardini died, with her somber lifestyle, and with our records,” said one expert. Confirmation as to whether it is indeed Lisa will be proven by DNA comparisons of Bartolomeo and Piero, Lisa’s children who are buried in the church of Santissima Annunziata in Florence.

Lisa Gherardini was a member of a minor noble family of rural origins who married the wealthy merchant Francesco del Giocondo. Upon del Giocondo’s death, his will stipulated that his younger daughter, Marietta, take care of his “beloved wife.” At the time of his death, Marietta (one of Lisa and Francesco’s five children) had already become a nun, “Sister Ludovica”, and she brought her mother to the Saint Ursula convent.  Research has shown that Lisa di Francesco Del Giocondo died on July 15, 1542, and according to discovered documents, the whole parish turned out for her funeral, showing that she was rather famous among Florentine society. You can read the full story at Discovery News. 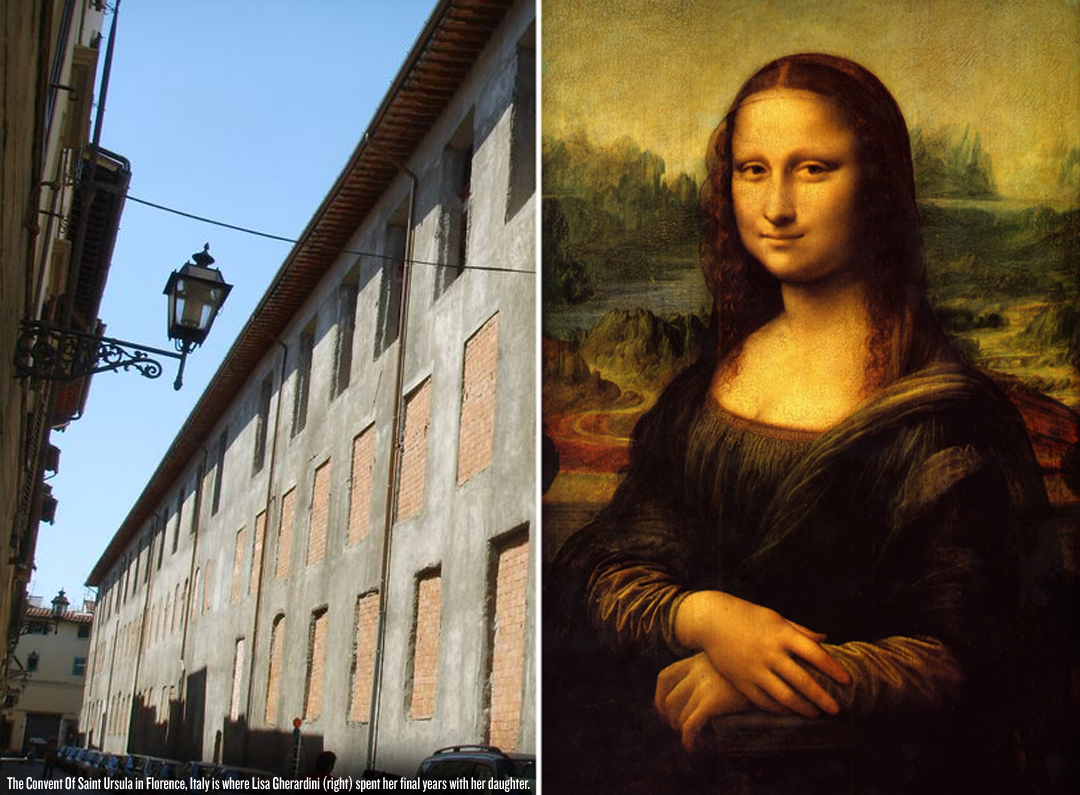 Previous post:
“The House Of No Walls” (Tokyo, Japan) Next Post:
Rihanna Releases New Video For Her Amazing Track “Man Down”