San Francisco is once again proving they take environmental responsibility more seriously than most other cities after last week’s vote when the S.F. Board of Supervisors voted 10-1 to pass legislation banning unwanted delivery of the Yellow Pages.  Each time I see a stack of 3 of these bitches sitting on my stairs it sends a jolt of red-blooded fury through my body because it is the most wasteful thing in the world.  I haven’t used a Yellow Pages in as long as I can remember, but they still keep sending them out, and I’m convinced at this point that lobbyists for the paper industry have wormed themselves into the back pockets of far too many politicians.  San Francisco was the first city to ban plastic bags, so this move is refreshing to hear since it will likely catch on now, and the vote still faces one more vote this week but is expected to pass.  According to the city, the 1.6 million business directories delievered each year would stack up to 8.5 times the height of Mt. Everest, and banning them would actually lead to a boost for the economy since ad rates would be lowered and damage to the city’s expensive recycling machinery would be significantly reduced. 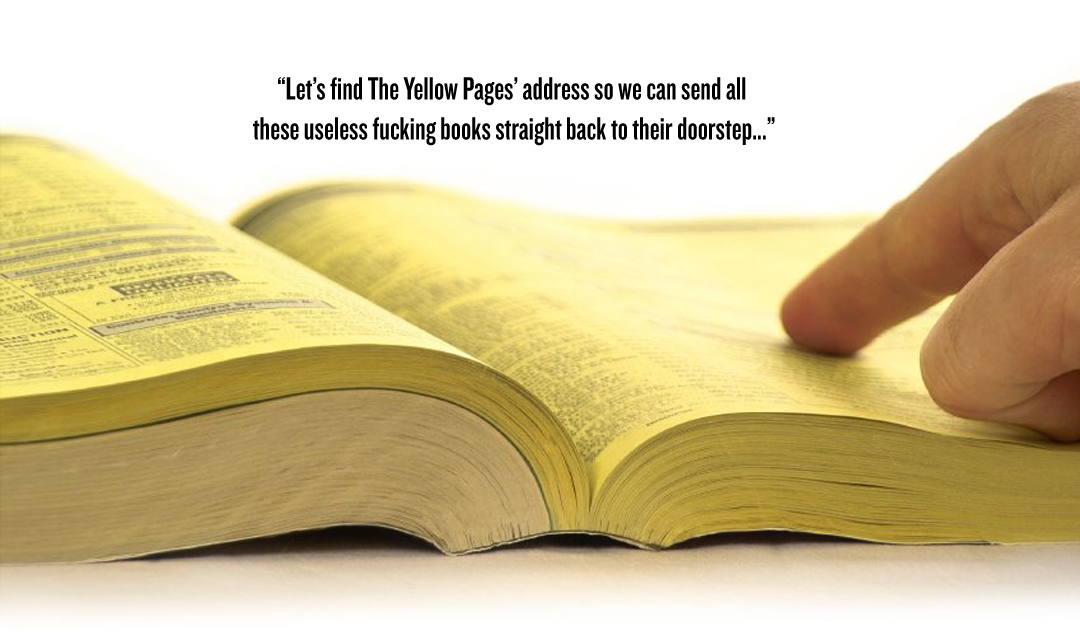