Bladerunner is not only one of the greatest films ever made, it’s also helped add to the mythology of Frank Lloyd Wright, the most prolific architect in American history.  Wright’s Ennis House is located in the Los Feliz area of Los Angeles, in the shadow of the eastern foothills of the Hollywood Sign and the Hollywood Hills, and it served as the location for Rick Deckard’s home in the iconic 1982 science fiction film directed by Ridley Scott and based on the Philip K. Dick novel Do Android’s Dream Of Electric Sheep? The home was designed by Wright in 1923 for Charles and Mabel Ennis (built in 1924) and is a superb example of Wright’s style of Mayan Revival whose prominent detail is the relief ornamentation on its textile blocks, inspired by the symmetrical reliefs of Mayan buildings in Uxmal, Mexico.

The home has been riddled with structural integrity problems throughout its 87-year history, even from day one.  Concrete blocks had cracked soon after construction and lower sections of the walls buckled under tension. The use of decomposed granite from the site to color the textile blocks introduced natural impurities to the concrete mix, and combined with air pollution caused premature decay. Attempts to apply a protective coating caused even worse problems. Severe damage occurred after the 1994 Northridge Earthquake and the record precipitation during the 2004-2005 rainy season. The Ennis House Foundation had estimated at the time that it would cost $5 million just for stabilization costs, and $15 million for full restoration. After the rains the building was briefly red-tagged as “no entry” but was down graded to yellow for limited entry by late 2005. At that point significant damage to the retaining wall at the southern rear of the building remained. In 2005 the house was added to the National Trust for Historic Preservation‘s list of the “11 Most Endangered Historic Places”.

In 2006 a Federal Emergency Management Agency grant was issued, as well as a $4.5 million construction loan through First Republic Bank, which restarted restoration efforts. The project included a new structural support system, restoration or replacement of damaged blocks, restoration of windows, and a new roof. Work was completed in 2007 at a cost of nearly $6.4 million. No announcement was made regarding access by the public and the Ennis House remains closed to public visitors. On June 19, 2009 the Ennis House Foundation announced that the house was being offered for sale with an asking price of $15 million. After being on the market for more than a year the house still has no buyer. The price has been reduced to $7.495 million. As of April 1, 2011, the price stands at $5.999 million.  This stands near to top of the list of things I would buy if I was rich.  Le sigh.

Among the members of the Ennis House Foundation is Eric Lloyd Wright and actor/producer/director Diane Keaton.  To learn more about the trust and its mission you can visit EnnisHouse.org. Below are some photos of the Ennis House courtesy of Home DSGN, and to see the Ennis House’s use in Bladerunner CLICK HERE (embedding has been disabled).  Following these is an incredible 1957 interview with Frank Lloyd Wright by a very young Mike Wallace (a fresh 39-years-old).  If you haven’t seen this interview it is an absolute must.  In it, Wright describes his almost complete lack of interest in religious architecture and he also describes how he considers Nature to be his one and only true god.  His thoughts on freedom, terror, morality, and metaphysics are as true today as they were the day they were spoken.

One of the most profound inspirations in my life, Frank Lloyd Wright continues to blow my mind every single day.  A man whose artistic contributions have forever altered the course of modern history.

SEE ALSO: A Love Letter For “Bladerunner”
YOU MIGHT ALSO ENJOY THIS GREAT POP-UP MODEL OF THE HOUSE AT FlyAndDandy.com. 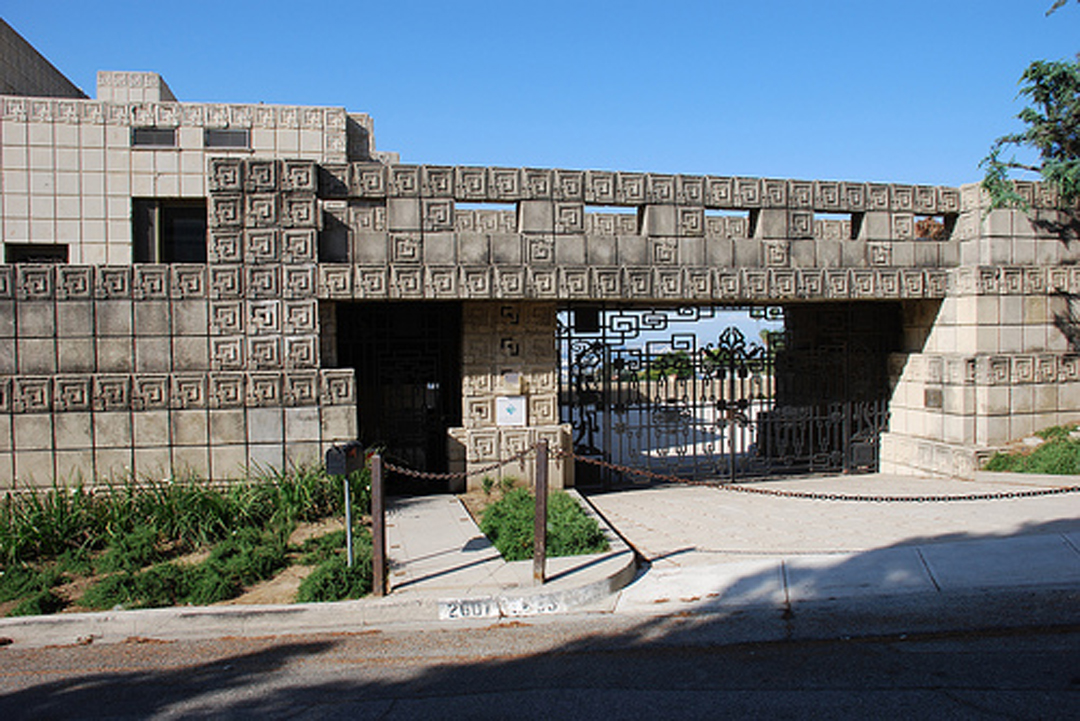 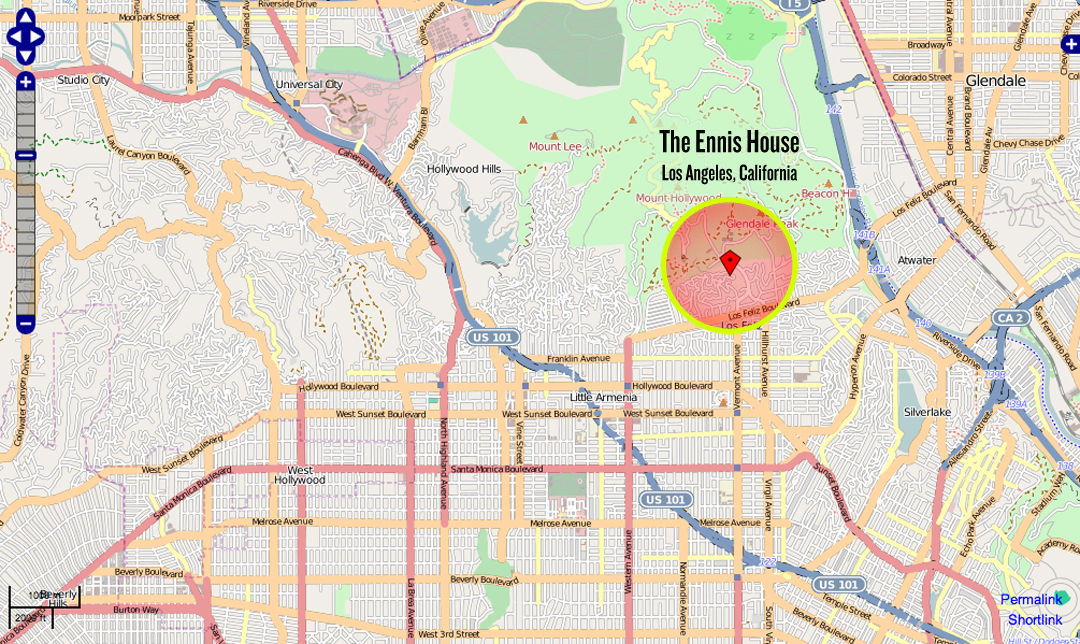 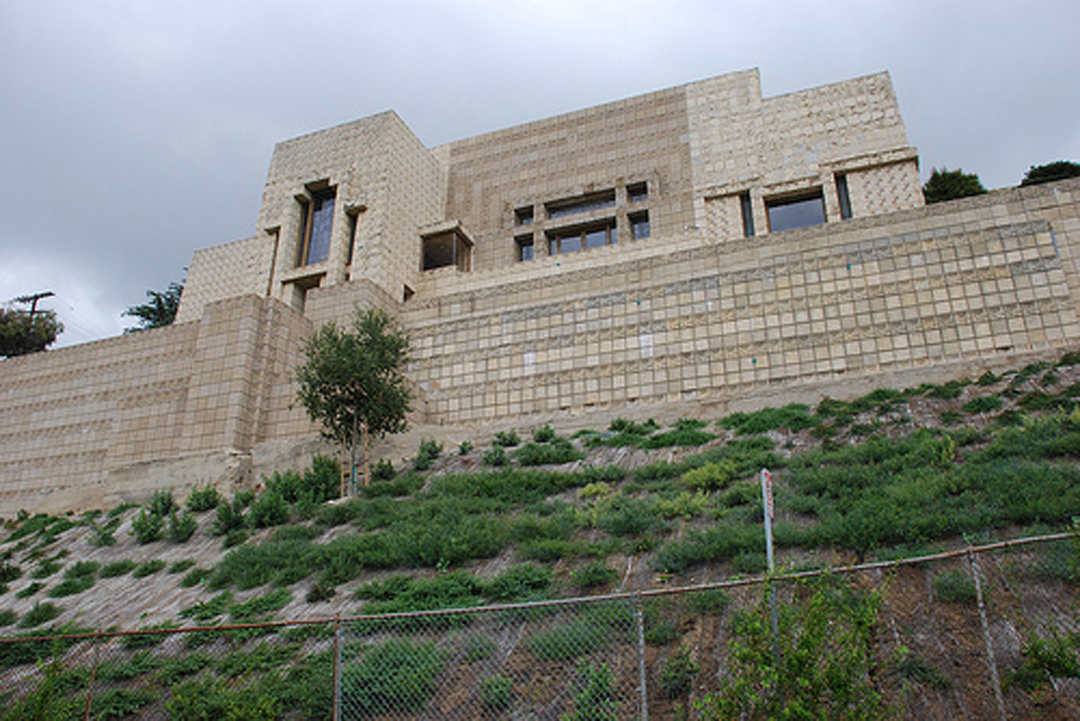 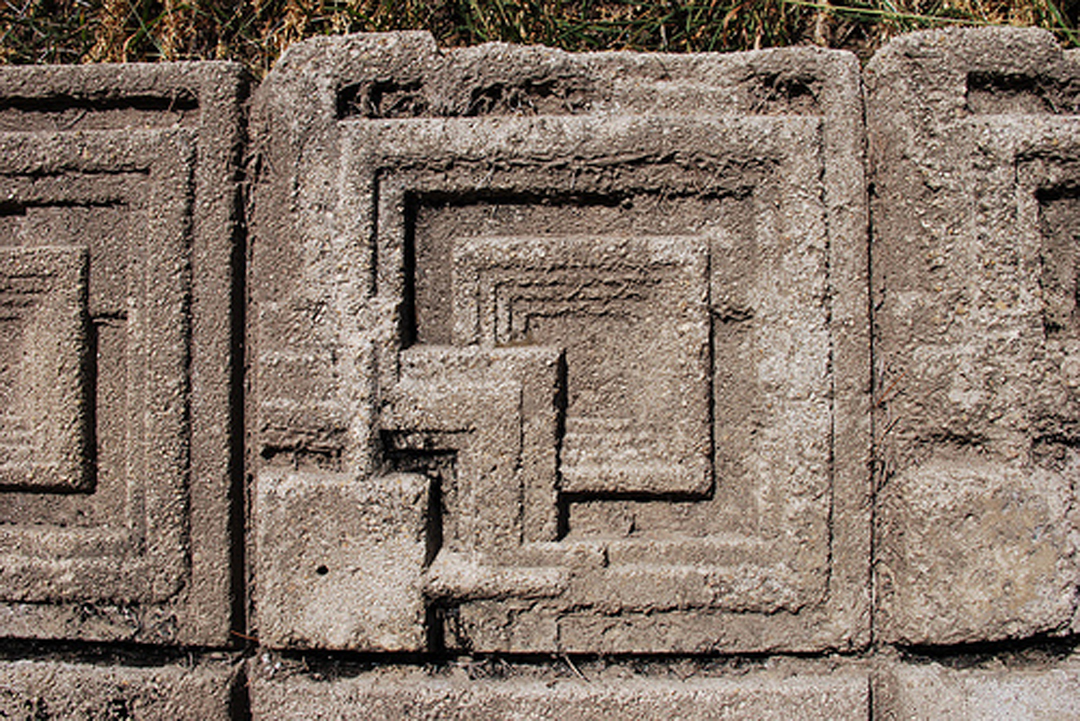 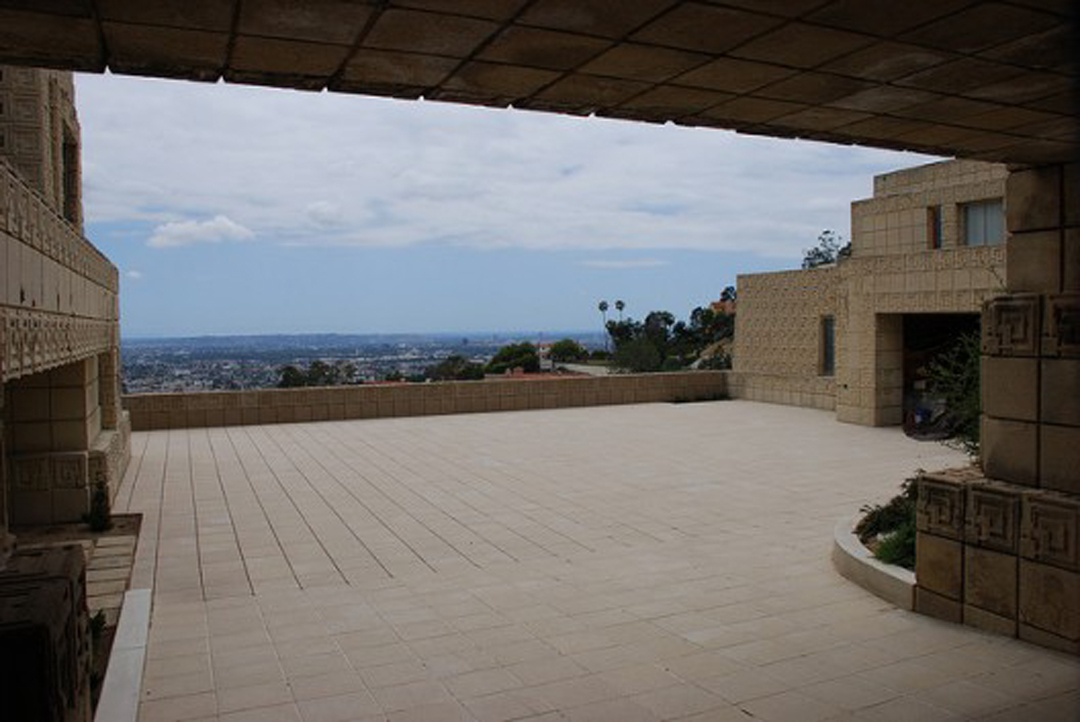 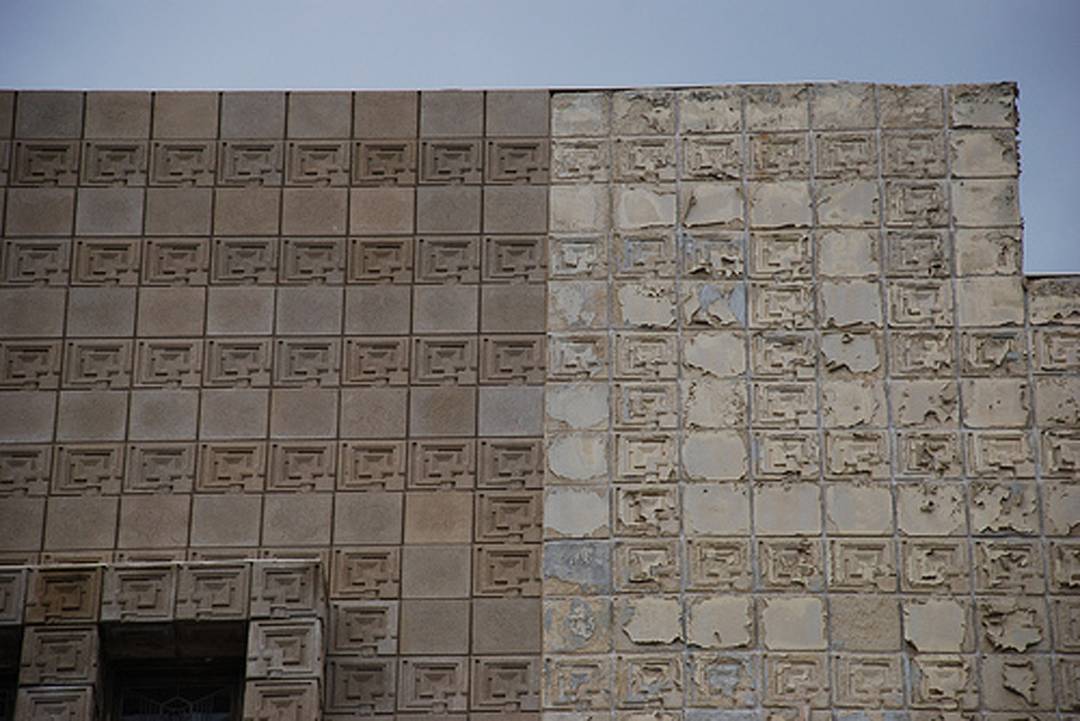 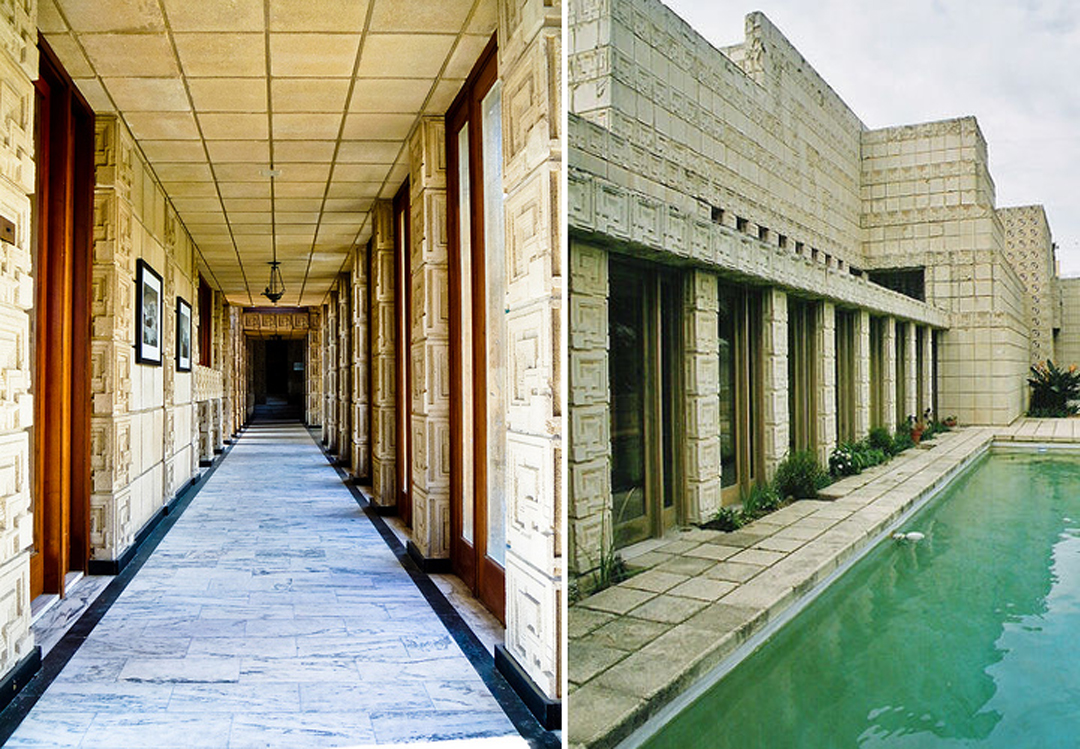 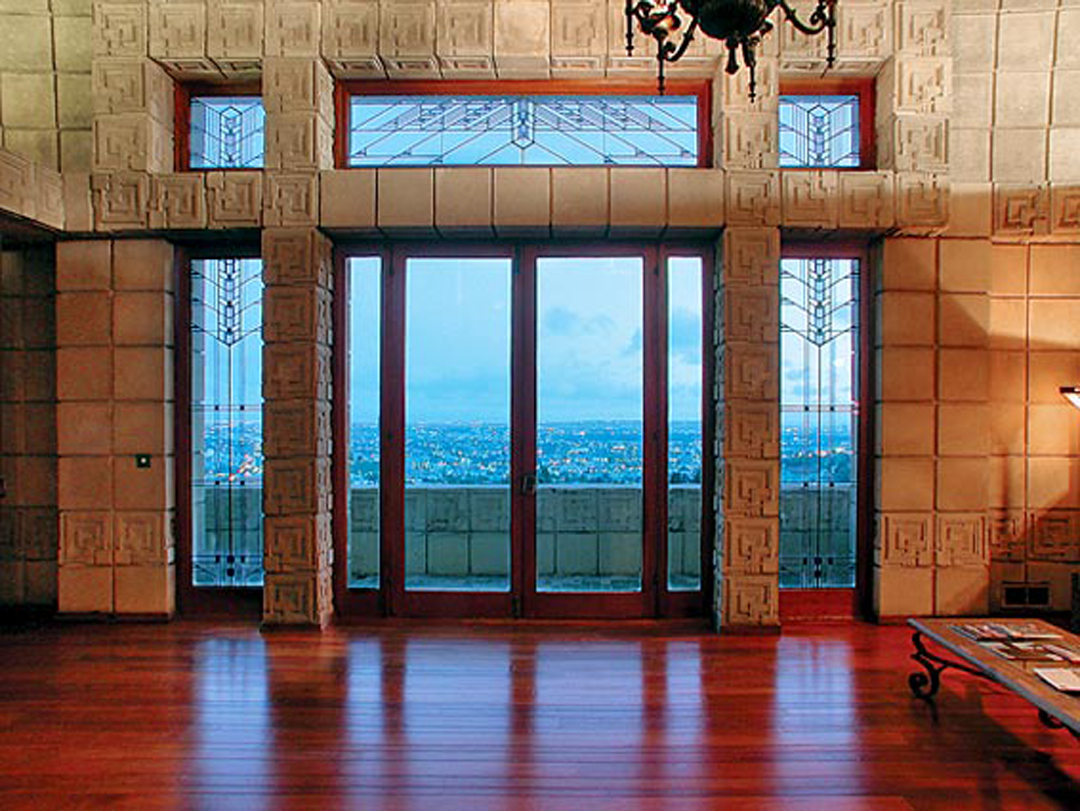 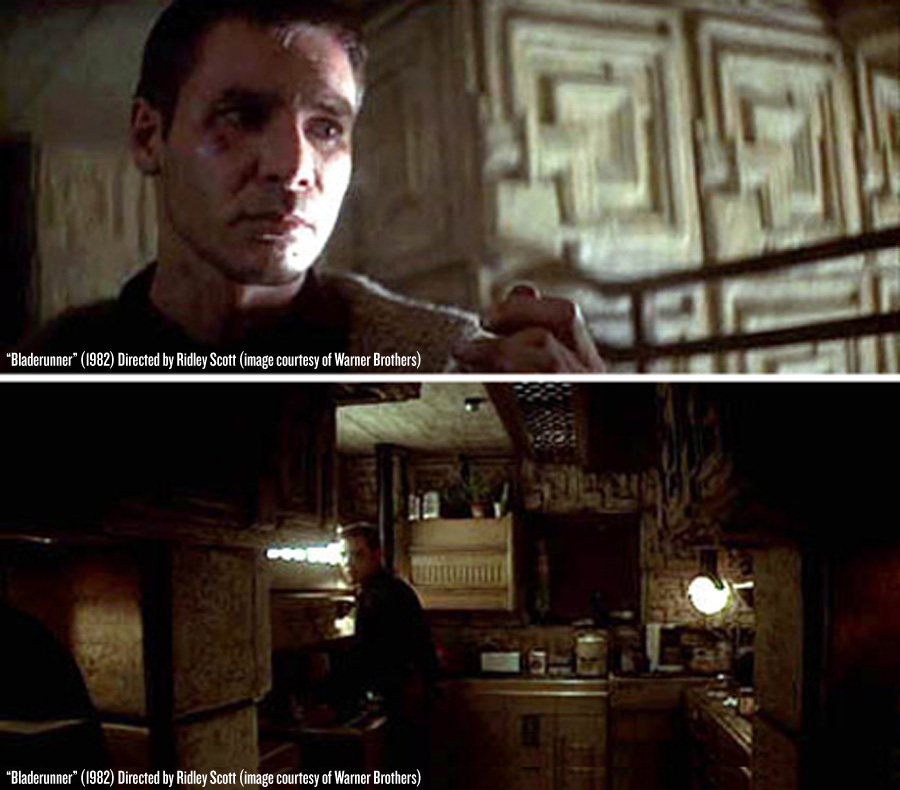 Previous post:
LINKguide (May 4, 2011) Next Post:
Is Commodities Giant Glencore™ About To Create The World’s Six Newest Billionaires?