Ira Glass On “The Gap” Between An Inspired Person’s Taste And Their Abilities, And Why It’s So Important To Never Stop Creating

Ira Glass (born March 3, 1959) is an American public radio personality, and host and producer of the hugely successful radio and television show This American Life.  In the following interview, Glass speaks about how all creative individuals go through an early stage of their development (sometimes lasting years) where their output and creative work is inferior to their actual taste (i.e. their goal).  Here’s a brief excerpt:

“Nobody tells this to people who are beginners, I wish someone told me. All of us who do creative work, we get into it because we have good taste. But there is this gap. For the first couple years you make stuff, it’s just not that good. It’s trying to be good, it has potential, but it’s not. But your taste, the thing that got you into the game, is still killer. And your taste is why your work disappoints you. A lot of people never get past this phase, they quit.”

It’s really a great observation and worth listening to in full.  He also provides a hilarious example of his own humble beginnings as a radio journalist when he plays an old story he did on Mexican agriculture from back when he first started out (considering he had 8 years already under his belt at that point proves his point even more: it takes years to shed our green, fumbling creative skins to arrive at our true potentials). 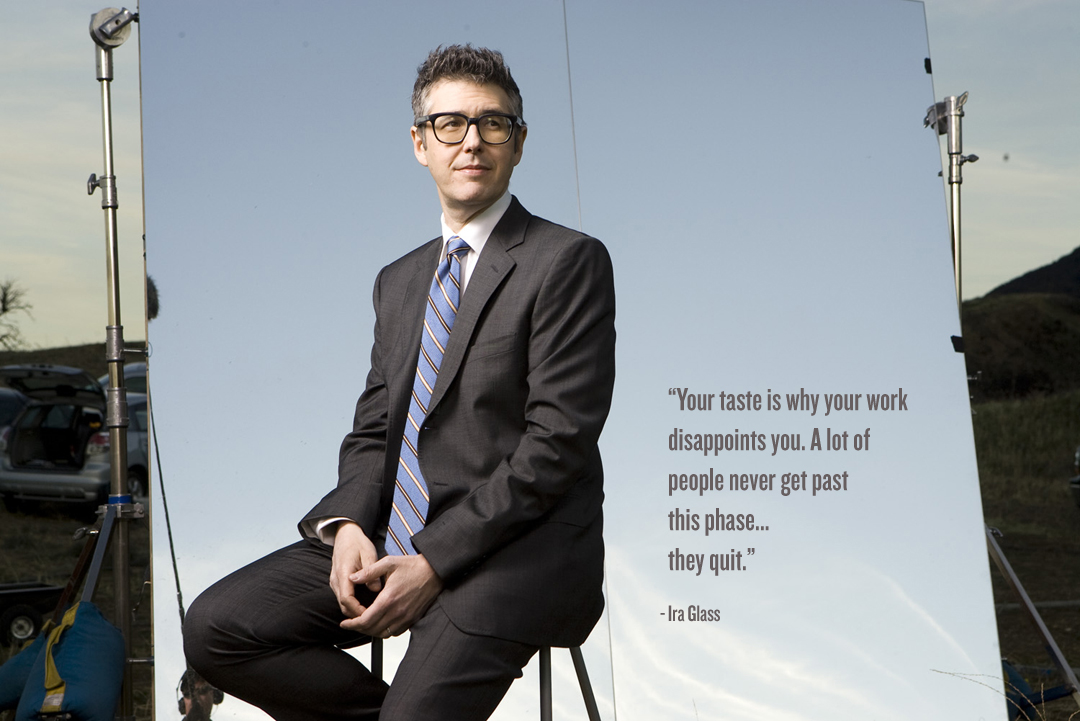 Previous post:
Director Julia Leigh’s Creepy Reworking Of The Sleeping Beauty Fairy Tale Will Be Screened At This Year’s Cannes Film Festival Next Post:
Shocking Breakdown Shows Why Drilling On American Soil Will Have Zero Impact On Gas Prices