Last year, Rick Genest (a.k.a. Rico, or “Zombie Boy”) was just another kid on the streets of Montreal.  Filled with rage, he decided to take his fury and put it on display — all over his body.  Rick tattooed almost every square inch of himself to look like a rotting corpse, but instead of giving everyone the shivers, his move had the exact opposite effect.  Suddenly, Rick found that people gravitated towards him, were fascinated by his story, wanted to know every aspect of his life story, and invited him to countless parties.  Before long he had his own Facebook fan page, and in December 2010 it reached over 1.5 million people which is when Mugler’s new Creative Director, Nicola Formichetti, became obsessed.  The second Formichetti saw Rick’s photo he reached out to him and said, “We want you in Paris in two weeks.” Rick agreed, but said he had no passport.  Nicola was so inspired by Rick that he actually redesigned the entire collection to adapt to Rick’s spirit and style, and swiftly hopped on a plane to Montreal with his manager as well as photographer Mariano Vivanco.  Around New Year’s 2011 they shot Rick in the clothes that Nicola was furiously reworking by hand in his New York home the night before.  The photos were so stunning that Lady Gaga told Nicola that he absolutely had to do a show in Paris and get Rick over there somehow.  Here’s an excerpt from Nicola’s interview with Hint Mag:

Hint Mag: Okay, so how did you get Rico to Paris in time?
Nicola Formichetti: Right, then we found out why he couldn’t get a passport, because he was homeless. He had a lot of fines or something, because he was always sleeping on the street.

Ah, so Mugler paid them? Were they very much?
It was a lot.

Whaaa?
Yeah. And he just kept telling me, “I’m not a criminal, I’m not a criminal.” It took him so long to tell us. Oh my god, he was so emotional. He was crying and saying how this was going to change his life. It was a beautiful moment.

That was really nice of you guys.
I paid it myself. I really believe in him. He was only in Paris for two days. You kind of imagine him to be a freak, some punk. But it’s actually inspiring to hear him talk about shades, which are the dots that create the 3D effect of his tattoo. It becomes more and more refined when it’s shaded.

Wait, is his whole body tattooed? Like a skeleton?
It’s a skeleton theme, yeah. Well, except his uh, there. (Laughs.)

It’s good to know some things are still sacred.
Yeah, but not because he didn’t want to. He didn’t have the money.

So eventually he’ll get it done. Sounds painful.
(Laughs.) Maybe it’ll be a selection of cock rings. I just really fell in love with the way he lived. In a way his story is similar to Gaga, in that there’s no going back. You do what you believe. You are that, you are what you’re creating.

Lady Gaga was so fascinated by Rick that she cast him in her video for “Born This Way” (see video below at the 4:10 mark).  To read the full interview just head over to Hint Magazine. You can also visit Rick’s (a.k.a. Zombie Boy’s) website at RickGenest.com. 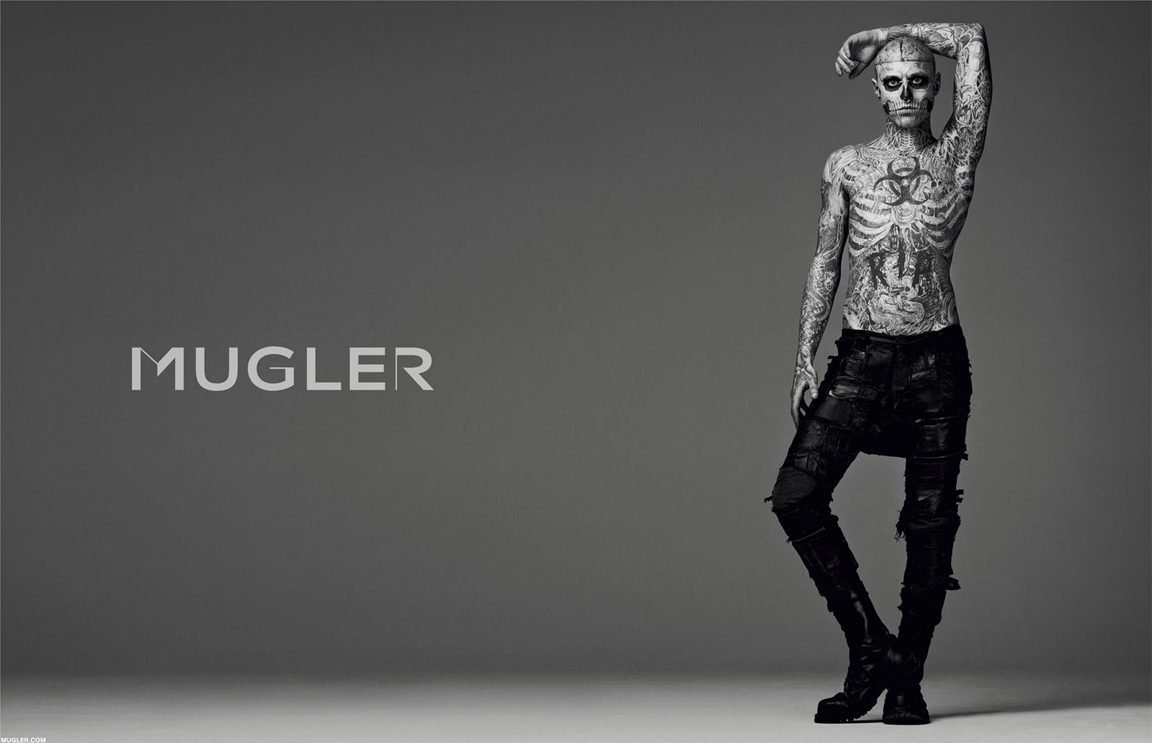 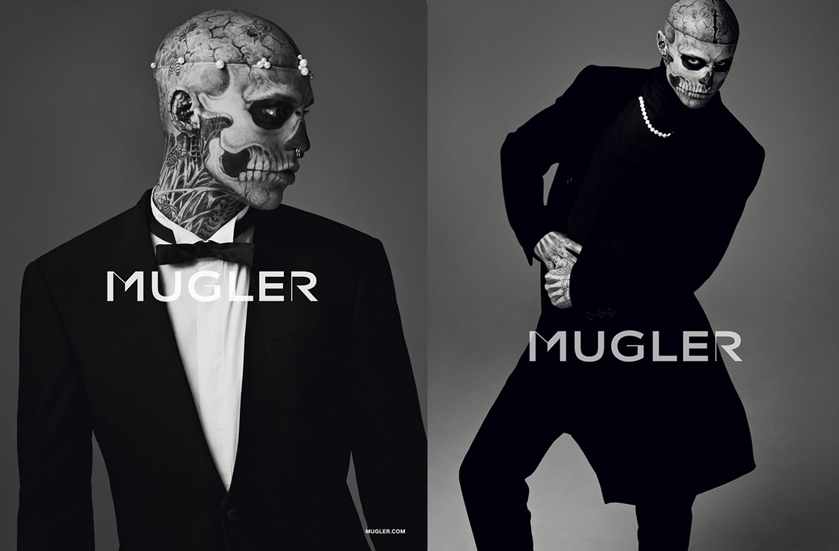 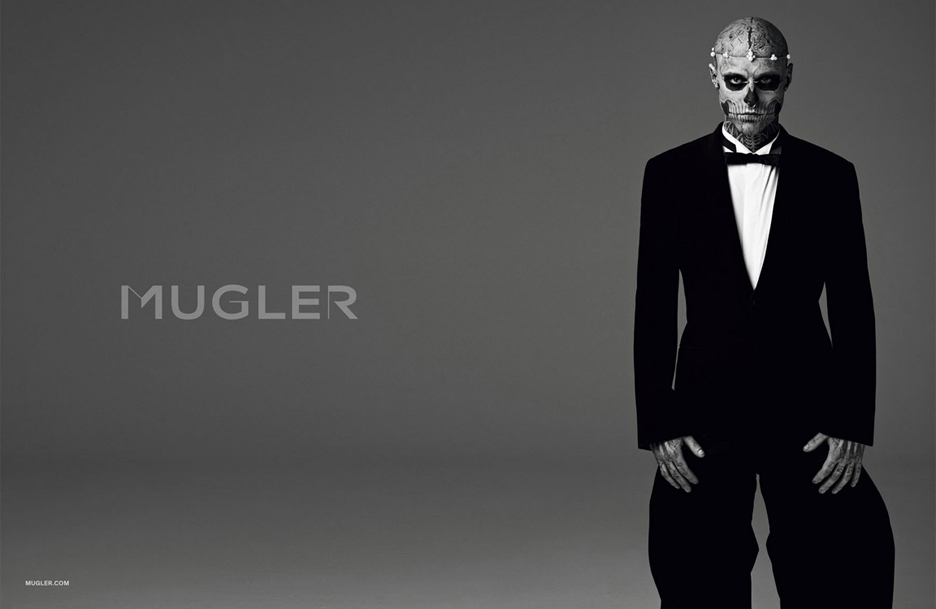 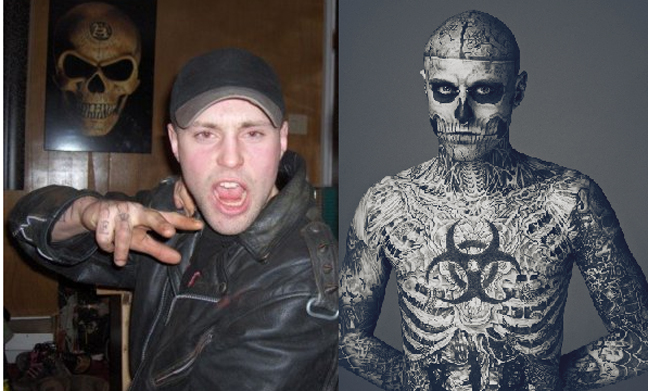 Previous post:
Obama Holds Town Hall At Facebook Headquarters Today As Zuckerberg Continues To Wrap Washington Around His Finger Next Post:
This Slaughterhouse Beach House In Maui, Hawaii That Will Slaughter You With Envy