The Last Straw: Why Nancy Pelosi And Many Other Democratic Leaders Want Obama To Go

Up to this morning I had been placing 100% of the blame on the Tea Party for the circus of irresponsibility and immaturity that was the US budget negotiations last week which nearly shut down the American federal government.  The new far-right offshoot of the Republican party basically highjacked the Republicans by saying, “If you don’t remove funding for Democratic legacy programs such as Planned Parenthood, you can forget about us voting for you next time around.” John Boehner, the Republican Speaker Of The House, actually found himself turning to some Democrats for help as part of his complex strategy to come to an agreement.  The budget finally passed, but not without causing a massive climate change in the Democratic party.  As it turns out, Obama is proving to be a train wreck, and his budget negotiation tactics have him now shouldering the blame for pissing off a dangerous number of Democratic leaders and allies who have been his staunchest supporters since the very beginning.  Here’s an excerpt from The Daily Beast:

… There is no more visible symbol of Democratic disgruntlement than the woman who was perhaps the president’s closest ally when she wielded the speaker’s gavel. When Nancy Pelosi voted against the budget measure Thursday, she did little to hide her anger with the White House over the fact that Obama, for the first time, had left her out of the negotiations on a major deal.

… “I have been very disappointed in the administration to the point where I’m embarrassed that I endorsed him,” one senior Democratic lawmaker said. “It’s so bad that some of us are thinking, is there some way we can replace him? How do you get rid of this guy?” The member, who would discuss the strategy only on the condition of anonymity, called the discontent with Obama among the caucus “widespread,” adding: “Nobody is saying [they want him out] publicly, but a lot of people wish it could be so. Never say never.”

I honestly have no idea why anyone in their right mind would want to be President of the United States.  I thought professional dog walkers had a shitty job, but take those dogs and replace them with hundreds of elephants and hee-hawing asses and you’re beginning to get some idea of what it’s like to be in the President’s shoes.  Scooping up the shit is officially on the bottom of his impossibly long list of migraines (right below taking Bo for a flea bath).  You can read the full story over at The Daily Beast. 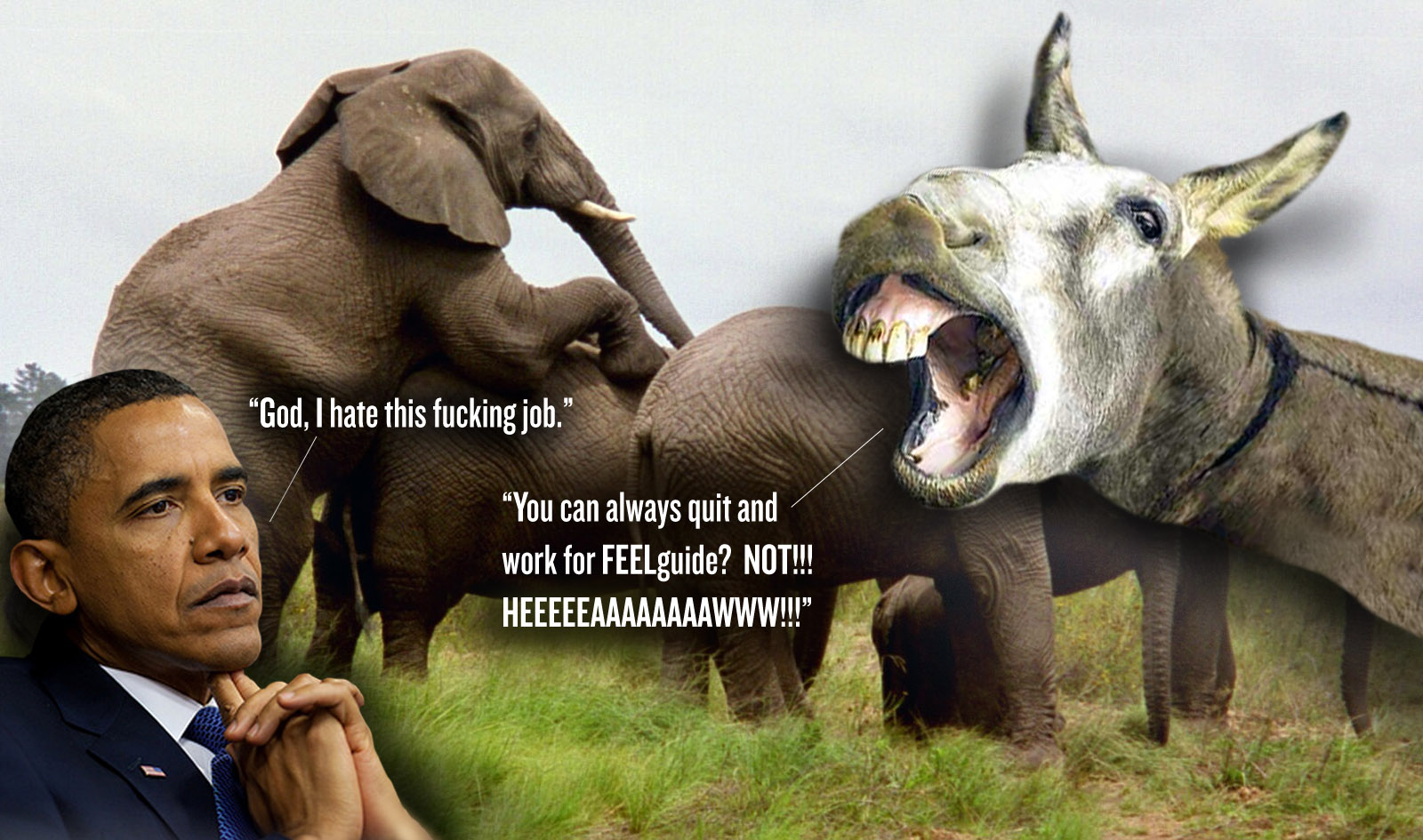