For the past month or so I’ve fallen in love with the first half hour of The TODAY Show. There’s just something about it that turns my crank.  Living in Montreal, my closest Canadian equivalent is Canada AM with the trainwreck that is Beverly Thomson (although Seamus O’Regan is about as cute as they come: “I’d seamus his o’regan ANY day.”) ..But all-in-all, the quality of The TODAY Show’s production makes Canada AM look like a shit-tacular mess. TODAY’s opening music at 7am always gives me a tingling sensation between my legs with its perky trumpets, Star Wars violins, and orchestration composed by Spielberg’s best buddy John Williams himself (you can listen to it below).

Another reason for that 7am tingle between my legs is Matt Lauer, the host of TODAY for the past 15 years.  The other morning I was watching and listening to him closely and realized just how fucking amazing this guy is at his job.  He is easily one of the best interviewers on air (I’m giving you a free pass for your underwhelming Bush interview last year Matt, so you owe me a drink the next time I’m in New York) and the gravitas he brings to that desk would be almost impossible to match by anyone else (except for me, because I think I would kick ass as a TODAY host thank you very much if I don’t mind saying so myself as I pat myself on the back).  This week it got leaked that Matt is pushing for a raise from $17 million to $25 million.  And if NBC producers know what’s good for them they’ll give it to him.  I learned recently that The TODAY Show is NBC’s biggest money maker with more than half a billion dollars in revenue each year.  In comparison, $25 million is peanuts; especially when you consider the fact that someone as unbearably untalented as Julia Roberts makes this same amount simply by showing up to show off her horse teeth over the course of the mere 2 months it takes to shoot one of her crappy films.  I hope NBC does the right thing.  I really love my 7am tingle, and I know that my Matty-Loo is responsible for a big part of it.  And if NBC has half a brain they’ll realize millions of other people feel the same way. You really don’t want to make millions of people angry at 7:00 in the morning do you NBC?  Didn’t think so. 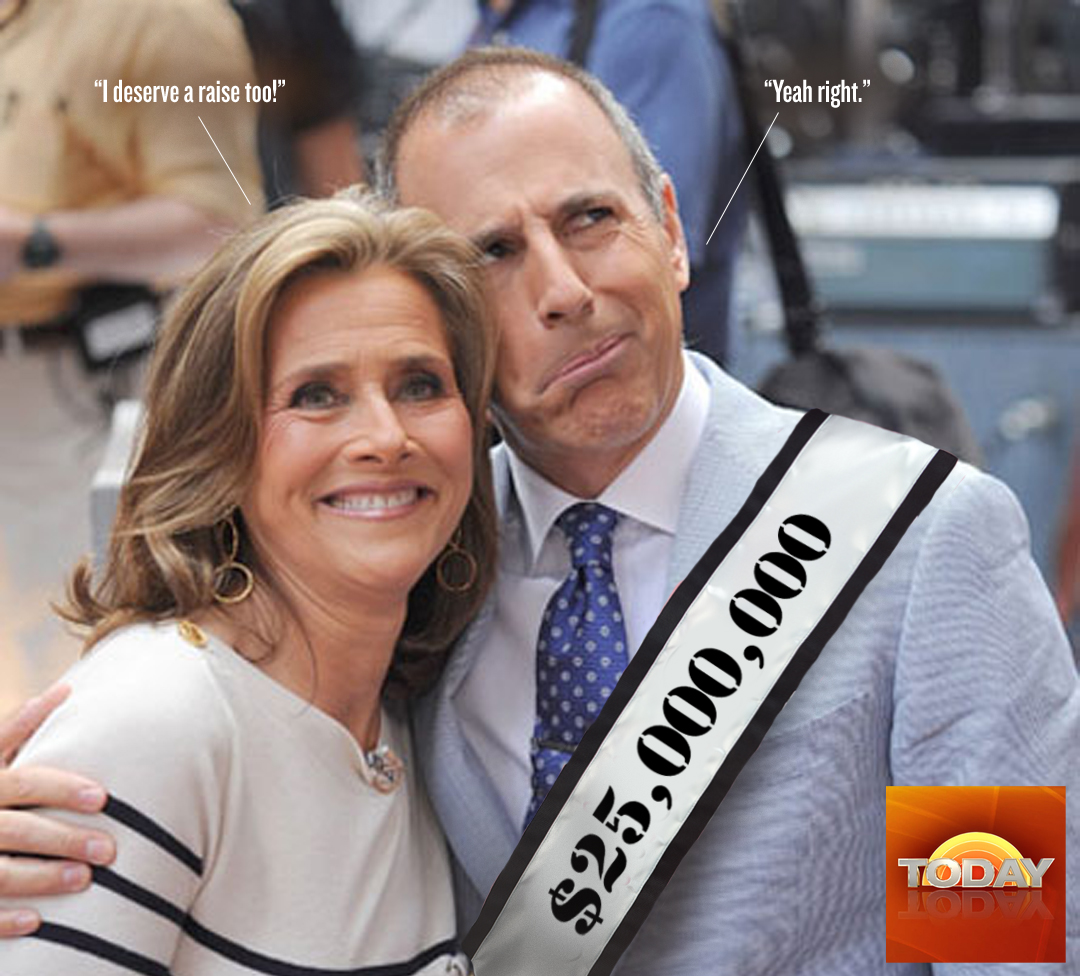 Previous post:
The Documentary “NOVA: The Film” Explores The Role, Purpose, And Meaning Of Art Next Post:
“Decanter Lights” By Designer Lee Broom