I just found this great article from Forbes which ranks the top 15 wealthiest fictional characters.  Apparently they do this every year, and their latest 2011 list reaveals an average net worth of $9.7 billion, up 20% from last year. In aggregate, the “Fictional Fifteen” are worth $131.6 billion –more than the gross domestic product of New Zealand. The breakdown is full of juicy tidbits including the fact that Mr. Monopoly is only worth a piddly $2.6 billion and The Simpsons’ Mr. Burns even less at $1.1 billion.  You can get all the fictional financial truth at Forbes. 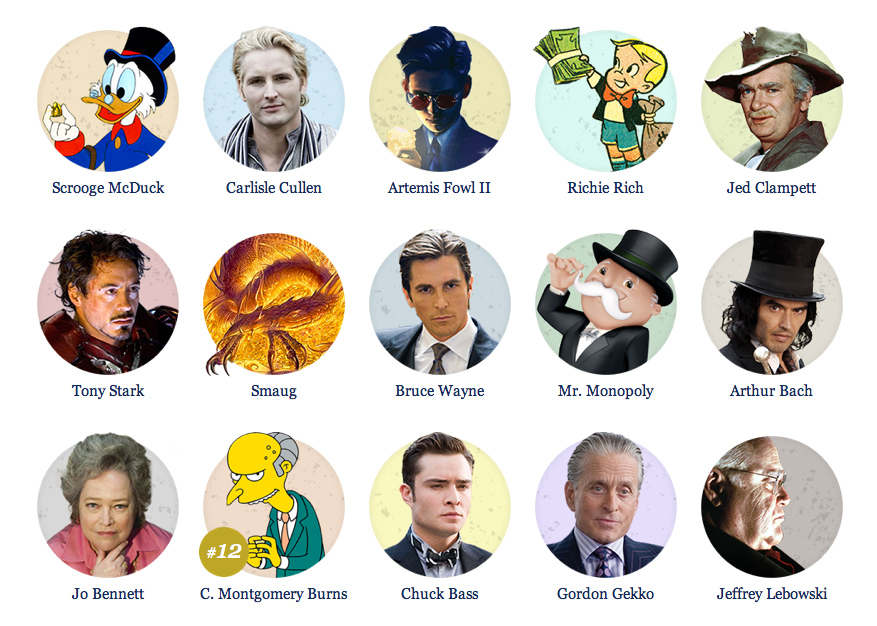