Jerry Weintraub is the old school producer behind the highly successful Oceans franchise starring George Clooney, and in his 50-year career he’s also the man behind such films as Nashville, Diner, and The Karate Kid.  He’s worked with Elvis and Frank Sinatra, and anyone who knows the man can tell you about his penchant for storytelling.  Now the producer who is so used to being behind the camera has found himself in front of one.  Vanity Fair Editor-In-Chief Graydon Carter has produced an HBO documentary entitled His Way about the life and times of Jerry Weintraub and it’s set to air on April 4.  It features a very long list of A-list interviews with such names as Pitt, Clooney, Roberts, and even former President George H. W. Bush.  Vanity Fair recently sat down with Jerry for an interview about the documentary, and here’s an excerpt:

The documentary kind of paints you as the last of your kind—do you think there’s an Old Hollywood ethos that’s quickly fading?

I think it’s already gone, personally. I’m from Old Hollywood; I’ve been around this town for 50 years. My friends were Cary Grant, Gene Kelly, Jimmy Stewart, Gregory Peck, Kirk Douglas. That’s who used to hang at my house. That became Clooney and Pitt and Damon and Stallone and Willis. It went from Eva Gardner to Julia Roberts. I don’t know what Hollywood is anymore. The entrepreneurs are gone—there’s some left. The studios and networks are all owned by big corporate. You don’t have the General Sarnoffs, the Bill Paleys, and the Leonard Goldensons, the Jack Warners and the Louis Mayers. It’s a different breed now. When someone spends money now to do a movie with special effects, they spend $150 to $200 million, and another $100 million on prints and advertising. But it’s not their money; it’s the stockholders’ money. It’s a different game.

Does that change the types of stories and films that can get made?

Absolutely, no question about it. The thing that disturbs me most about today’s filmmaking is that technology is now so fast that we don’t think enough. If you were a writer years ago, you wrote on a typewriter. Then, you went back and read the five pages you wrote, and decided to change it or not change it. When we’d edit a movie, we used to change a scene, send it out to the lab. We had 48 to 72 hours before it came back and we looked at it. Now it’s instantaneous. Everything’s instantaneous in this world.  Everybody wants immediate satisfaction—premature ejaculation, I call it. That’s what’s really changed. Everything is quick, quick, quick. We need it right it away! I enjoy working with creative people that take their time about what they’re doing, think it through, and make it the best piece of work they can. Even though we’re in show business, it is an art form, and you just can’t throw it out and slap it against the wall.

You can read the full interview at Vanity Fair. 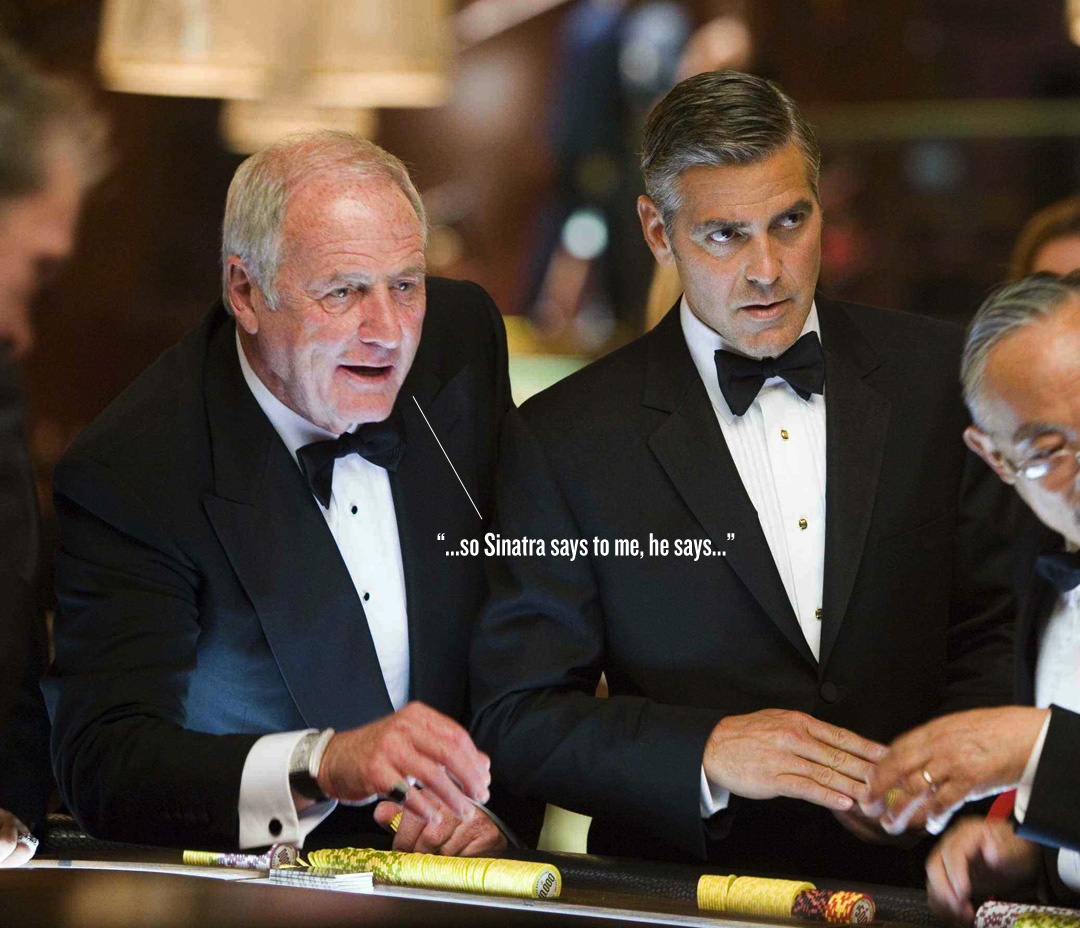