Planetary Folklore has this amazing photo of the moon taken by the Apollo 16 crew (the Apollo 16 mission lasted from April 16-17, 1972).  It’s from the rear side of the moon which we mere earthlings will absolutely never get to see for real (unless Richard Branson can hatch out a more budget-friendly version of Virgin Galactic).  I can’t tell if the pic is inverted or if it’s blasted by sunlight and the film/camera blew out the colors, but either way it’s gorgeous.  Here’s what PF had to say:

Apollo 16 Onboard Photograph: Back Side of the Moon. This view of the back side of the Moon was captured by the Apollo 16 mission crew. The sixth manned lunar landing mission, the Apollo 16 (SA-511), carrying three astronauts: Mission Commander John W. Young, Command Module pilot Thomas K. Mattingly II, and Lunar Module pilot Charles M. Duke, lifted off on April 16, 1972. The Apollo 16 continued the broad-scale geological, geochemical, and geophysical mapping of the Moon’s crust, begun by the Apollo 15, from lunar orbit. This mission marked the first use of the Moon as an astronomical observatory by using the ultraviolet camera/spectrograph which photographed ultraviolet light emitted by Earth and other celestial objects. The Lunar Roving Vehicle, developed by the Marshall Space Flight Center, was also used. The mission ended on April 27, 1972.

For more amazingness be sure to check out Planetary Folkore. 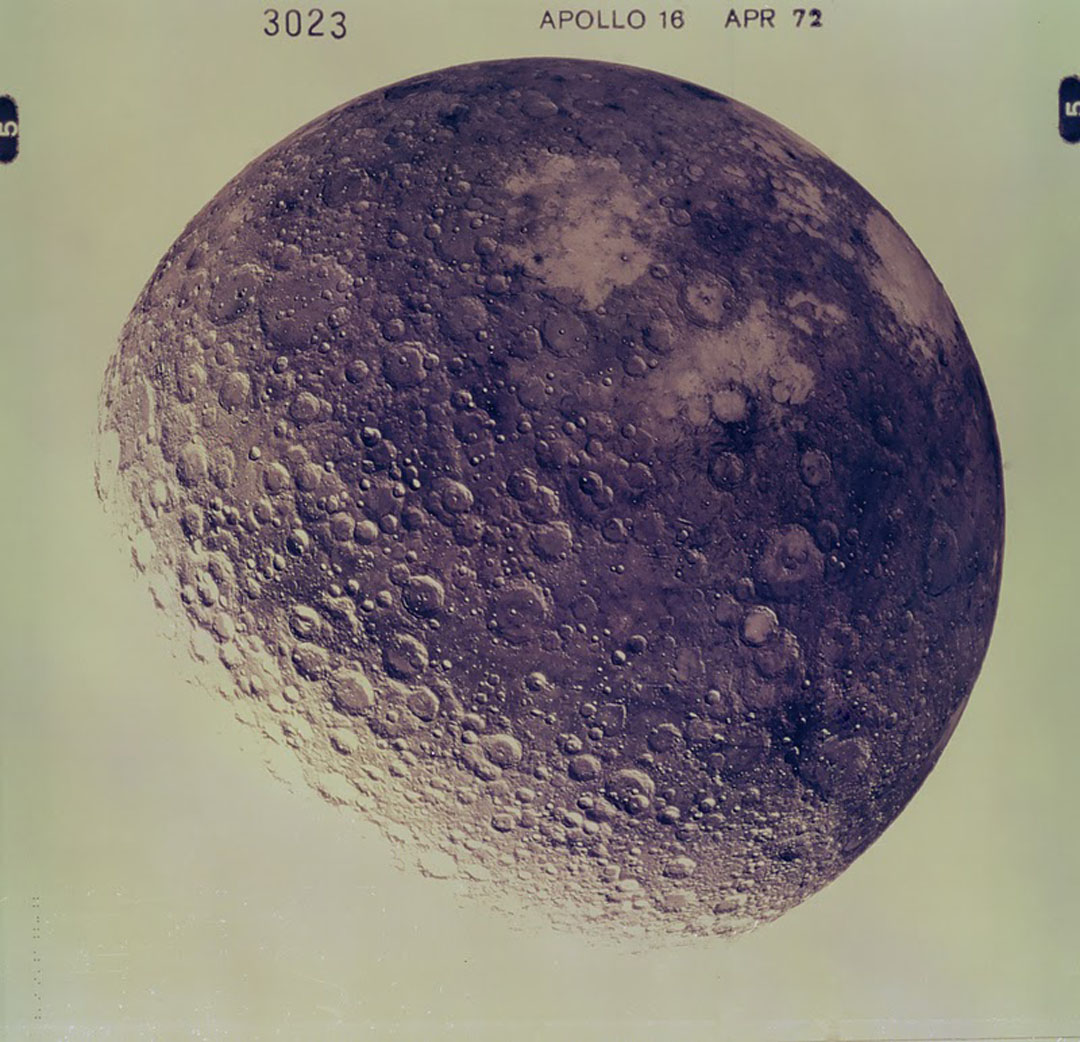 Previous post:
FORBES: 14 Reasons To Never Buy A House Next Post:
Porsche Dealers Now Taking Orders For The $845,000 918 Porsche Spyder Hybrid (Which Reminds Me To Buy A New Subway Pass)