In a major advancement of scientific imaging, scientists have built a microscopic with the incredible ability to capture detailed close-ups of cells as well as be able to visually “slice” the cell to peek inisde.  For instance, the two upper panels of this video (see still image #1 below) show different views of a cell while the lower left shows the presence of bubbles, called vesicles, within it. On the lower right, the thin petals can be see in cross-section as they form, ripple over the cell, and subside. Built from 40,000 images, this video provides scientists with an unprecedented amount of visual information. The other two images are taken from the same video which you can watch at Technology Review. 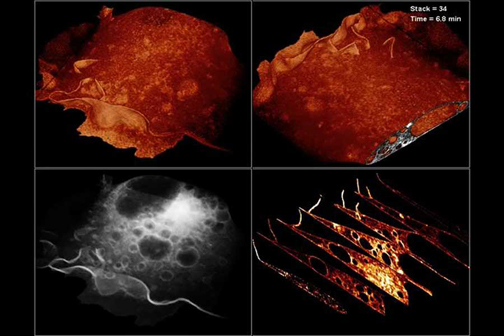 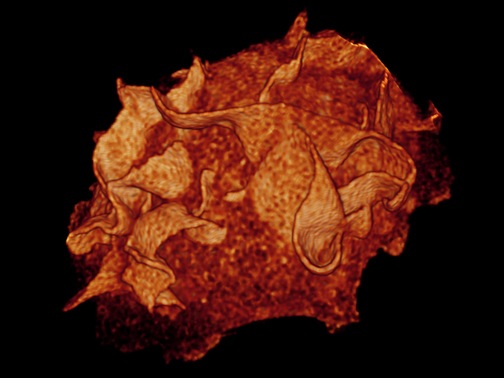 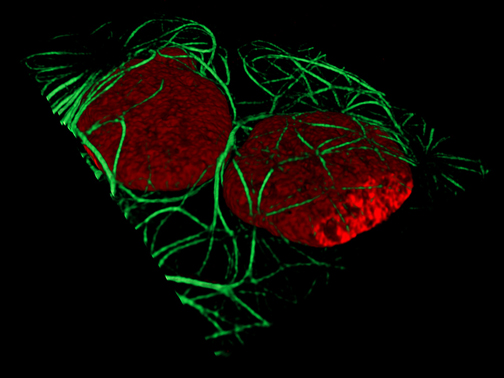