First publised in The New York Times (March 12, 2011) by Roger Cohen..☛..The Brits don’t go in much for happiness. Stiff upper lip is more the thing, and a good laugh if warranted. Trying to be happy just seems like piffle to a practical people. Undeterred, Prime Minister David Cameron has decided to create a national happiness index providing quarterly measures of how folks feel. His foray into “happynomics” has prompted a deluge of criticism — “woolly-headed distraction” was a mild commentary — at a time when Brits face a year of cuts in everything from public-sector jobs to child benefits. The consensus seems to be that Cameron is going touchy-feely because in reality he’s wielding an ax. That may be so. But the case for trying to measure the happiness of a society, rather than its growth and productivity alone, has become compelling. When Western industrialized societies started measuring gross domestic product, the issue for many was survival. Now most people have enough — or far more than enough by the standards of human history — but the question remains: “What’s going on inside their heads?”

Little that’s good, it seems. Stress has become the byword for a spreading anxiety. This anxiety’s personal, about jobs and money and health, but also general: that we can’t go on like this, running only to stand still, making things faster and faster, consuming more and more food (with consequent pressures on prices); that somehow a world of more than seven billion people is going to have to “downshift” to make it, revise its criteria of what constitutes well-being. Just what goes into well-being is confounding. Many of the variables — like love and friendship and family relations — are hard to pin down. But British research has suggested that money itself does not confer happiness, although wealthier people tend to be happier; that employment is critical to self-esteem; that women tend to be happier than men; and that people need something beyond the material for fulfillment. Starting next month, the government will pose the following questions and ask people to respond on a scale of zero to 10: How happy did you feel yesterday? How anxious did you feel yesterday? How satisfied are you with your life nowadays? To what extent do you feel the things you do in your life are worthwhile?

Scarcely extraordinary, but Andrew Oswald, a happiness economics expert at the University of Warwick, suggested the questions were a good start, although he would have added, “How well have you been sleeping?” — an important mental health indicator — and “How pressurized do you feel your time is?” The important thing, he argues, it to shift “from the concept of financial prosperity to the idea of emotional prosperity.” Perhaps that’s the 21st-century indicator we need: gross emotional prosperity, or G.E.P. The Office for National Statistics, which will do the survey, has been conducting an online debate. Answers suggest Brits link happiness to bird song, knowing themselves, the environment, responsible pet ownership, contributing to society, going out into the wild and reading Socrates. Clearly, happynomics is no precise science, and how the happiness index will link to policy remains to be seen. But the idea is to put value on things that don’t have price tags. Open spaces, clear air, security, release from pressure — these are things of growing importance and scarcity. Then the question becomes: How do you promote them while at the same time creating the jobs needed in all Western societies? Growth is of course a large part of the answer, but it can’t be all the answer any longer.

I was thinking about some recent moments of happiness in my own life. One came walking across Regent’s Park, my skin tingling at the first brush of spring. Another came kissing my daughter goodnight as she slept and seeing how peaceful she was. A third came in Cairo seeing the powerful dignity of the Egyptian people coalescing to bring peaceful change. These moments were linked to nature, to finding time, to feeling the transcendent power of the human spirit. Emotional prosperity is not the next e-mail in a relentless life. So I’m ready to give Cameron the benefit of the doubt and even give a wary nod to his related “Big Society” project, also the source of much guffawing. The essence of this idea is that people can give more to one another — British A.T.M.s, for example, would automatically give customers an option of donating to charity. It’s a tough sell in a grim economy, but it captures a need among dislocated people to connect more.

That’s also true in the United States. Liberty is an inalienable right of Americans, along with the “pursuit of happiness.” Note the distinction here, evidence of the wisdom of the founding fathers. The Declaration of Independence guarantees freedom but, when it comes to happiness, only the quest for it is underwritten. Still, perhaps it’s time to measure just how that quest is going. 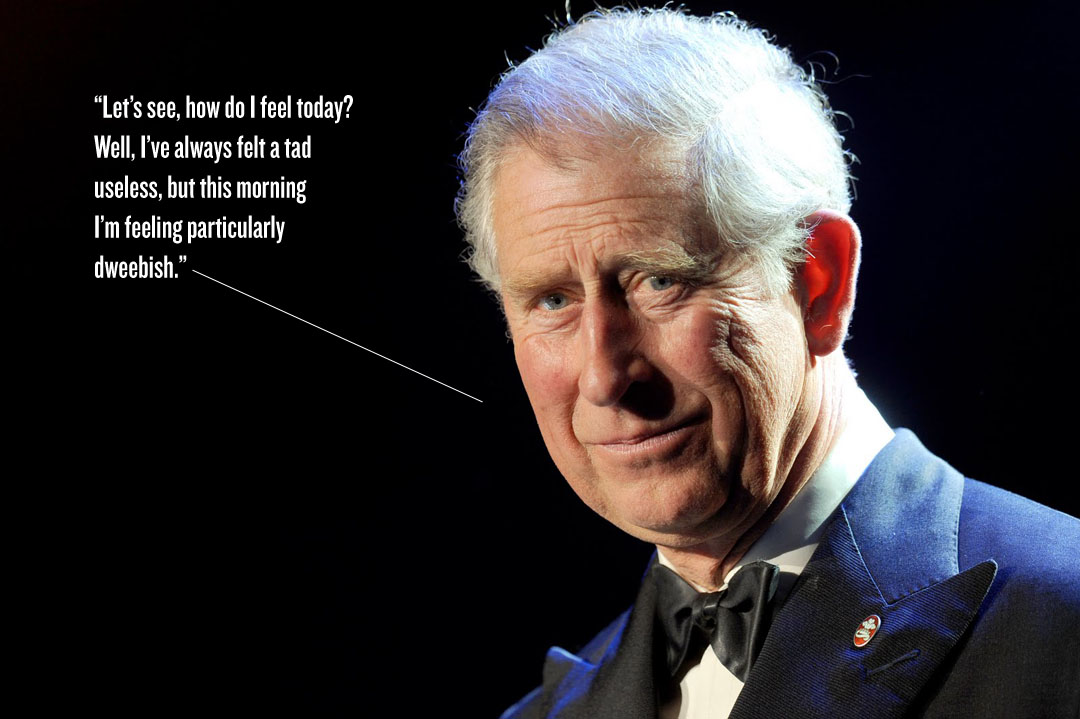 Previous post:
Rumors Are Starting To Swirl About Judd Apatow’s “Phenomenal” Pee Wee Herman Movie Next Post:
The App That Turns Your Smart Phone Into A Spirograph