First publised in FRAME (March 7, 2011) by Lydia Parafianowicz..☛..At London’s Leicester Square W Hotel, an installation spanning the entire façade captures the city’s skyline via camera, then interprets and reflects what it sees through diffused lights. The permanent installation by Jason Bruges Studio is the first of its kind in London. First, a camera on the hotel’s roof records panoramic views of the city, 24 hours a day, capturing light intensity and colour of the scenery. This information is then interpreted by a computer and once the sun goes down, is reflected on the hotel’s façade through short lighting performances. The W Hotel’s exterior walls contain 600 Barco lights, which use subtle pastel colours that require four times less energy than traditional neon lighting. Every performance is unique, pending seasonal changes, weather patterns and special events in the building’s neighbourhood like the Chinese New Year or film festivals. “The genuinely innovative and ground-breaking piece captures the essence of the changing skyline on a daily basis,” says Gabby Shawcross, the project designer. 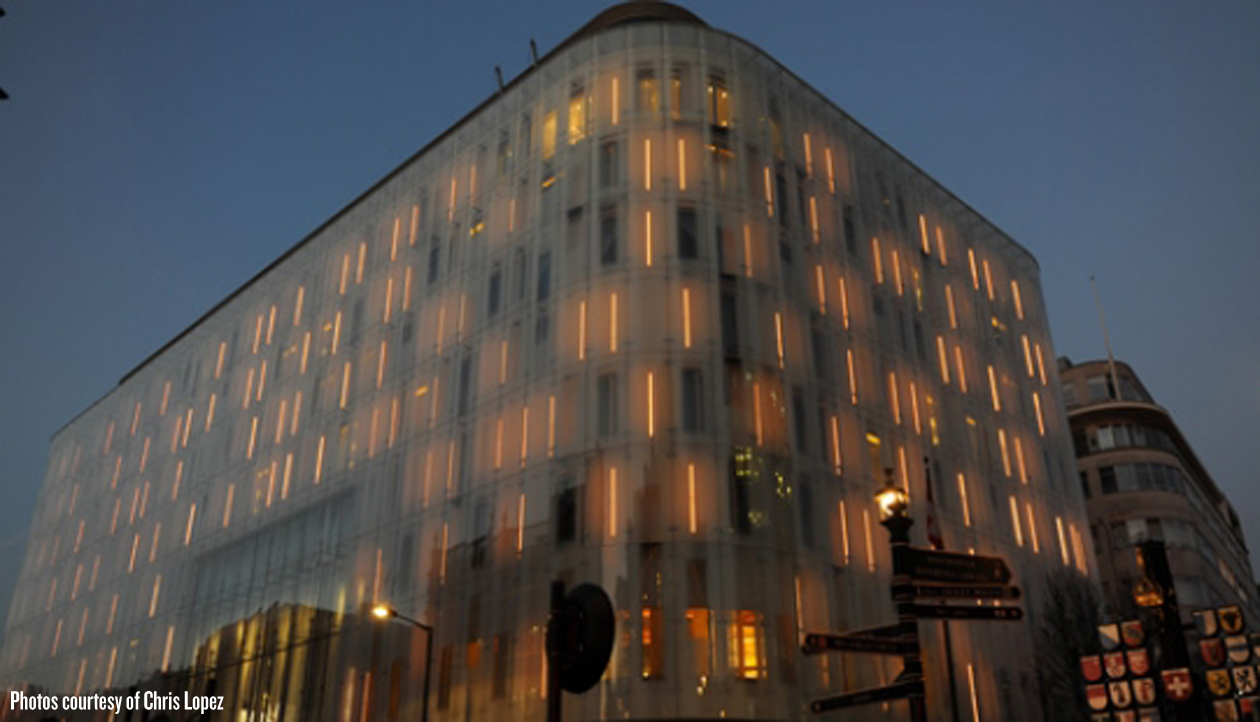 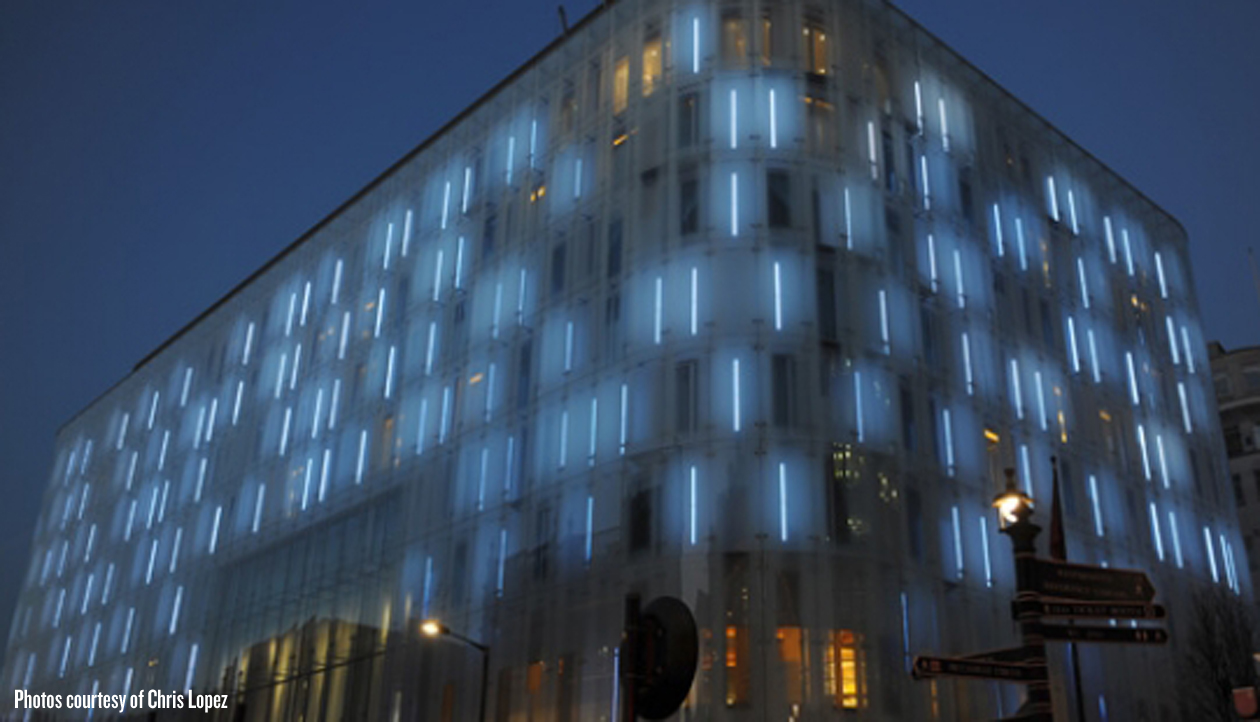 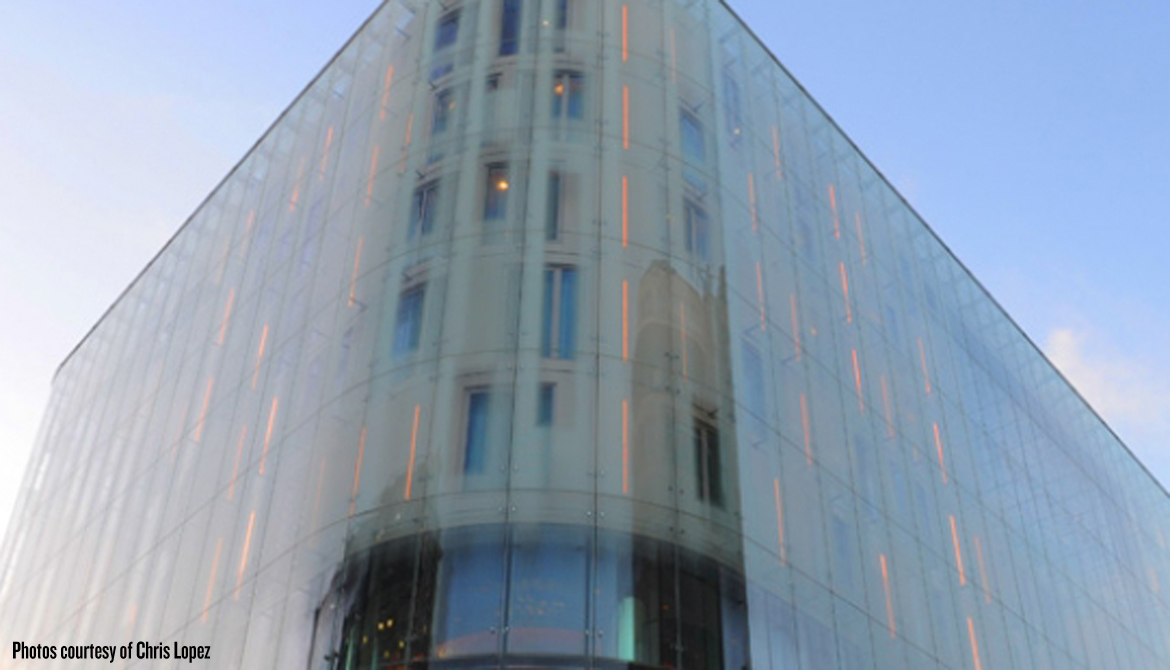 Previous post:
70 And Loving It: The Incredible Legendary Life Of VOGUE Creative Director Grace Coddington Next Post:
Christopher Hitchens On “Elite” Cancer, Dictatorship, And Why Being Boring Is Unforgivable