First publised in The Huffington Post (March 1, 2011)ff☛..Unknown, living paycheck-to-paycheck in Austin, Minnesota, rejected by publishers all over New York, Amanda Hocking decided to self-publish on ebook platforms only. She sold 100,000 of her works in December, and over 10 months she’s had more than 900,000 in sales. She’s 26 and is now making enough money to quit her day job and become a full time writer, in fact she’s a millionaire. She’s going to be featured in ELLE Magazine’s April issue, all without what everyone thought was essential to make it as a writer: a big New York publishing house. Watch the local news story below: 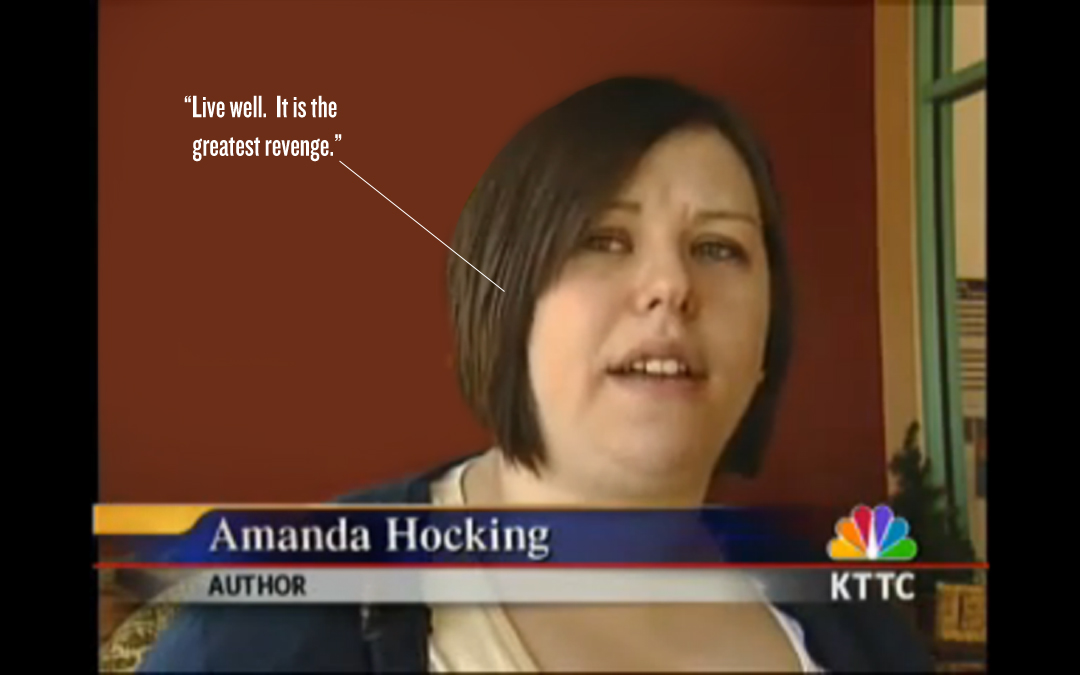