Two New UFO Videos Surface Out Of Brazil And Pennsylvania

Two really great UFO videos surfaced last week.  The first footage was captured by a roadside Brazilian TV news crew showing the craft hovering in a big puffy cloud. The ship eventually lets off some sort of plasma burst and turns into a double-flickering duo of lights which descend into the trees below.  The second video was taken by a woman in Pennsylvania.  She shot the UFOs using night vision which gives the video a greenish glowing appearance.  The crafts can be seen hovering in the sky above, as well as bouncing rapidly down to ground level and back up again.

SEE ALSO: UFO In Jerusalem Was Directly Above The Dome Of The Rock, More Videos Surface 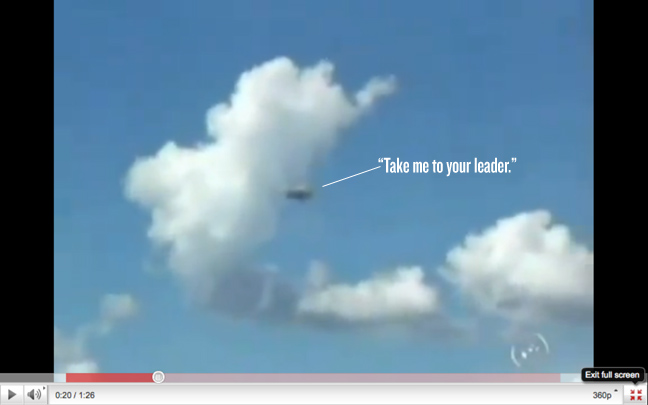