First publised in Inhabit (February 15, 2011) by Lori Zimmer..☛..Trees naturally filter and clean our air, but in today’s heavily polluted world, it’s just too huge of a task to expect Mother Nature to take care of herself. Taking this into account, designers Mario Caceres and Cristian Canonico have designed a set of beautiful air-filtering trees for the SHIFT Boston Urban Intervention Contest. Called TREEPODS, the designs harnesses biomimicry to efficiently emulate the carbon filtration qualities of trees.

The TREEPOD systems are capable of removing carbon dioxide from the air and releasing oxygen using a carbon dioxide removal process called “humidity swing”. In addition to their air-cleansing abilities, TREEPODS will also include solar energy panels and will harvest kinetic energy through an interactive seesaw that visitors can play with at the TREEPOD’s base. As passersby play on the seesaws they power displays that explain the TREEPODS’ de-carbonization process. Both the solar panels and the kinetic energy station will power the air filtration process, as well as interior lights.

The TREEPODS themselves will be made entirely of recycled/recyclable plastic from drink bottles. Based not only on trees, but on the human lung, the design of the “branches” will feature multiple contact points that serve as tiny CO2 filters. The proposed design, giant white and translucent canopies of trees, can be installed among existing trees or on their own. Interestingly, the TREEPODS have been compared to “urban furniture”: sleek yet functional design pieces that would fit into any urban environment. At night, the TREEPODS light up in an array of eye-catching colors. Caceres and Canonico hope that these “trees” will function not just as examples of gorgeous urban design and sources of sustainable energy, but also as meeting places, allowing citizens to have an air purifying tree to sit under with friends and enjoy the day. 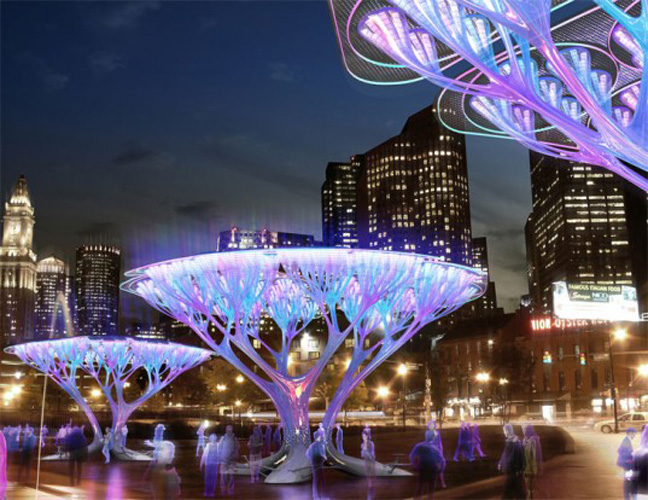 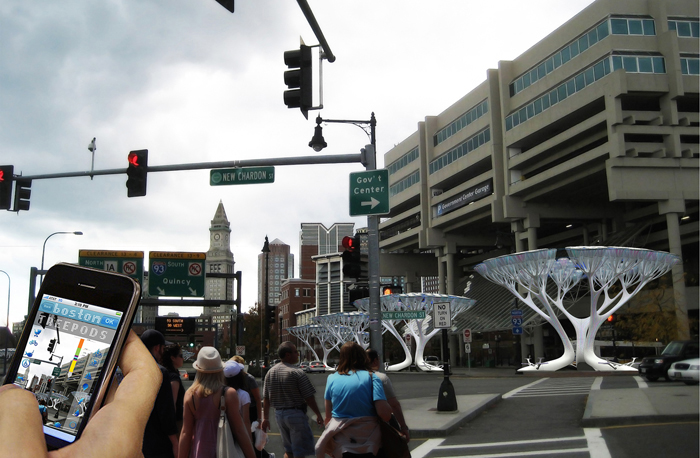 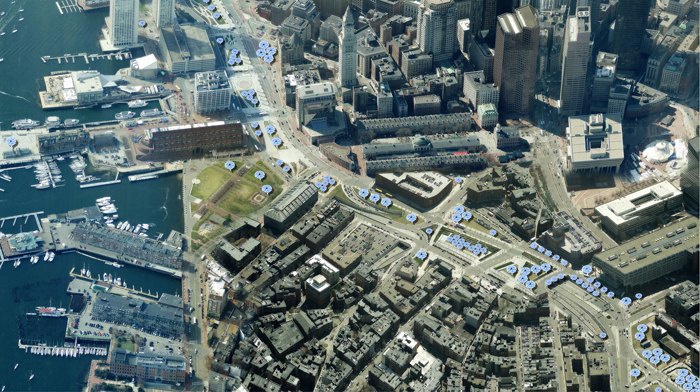 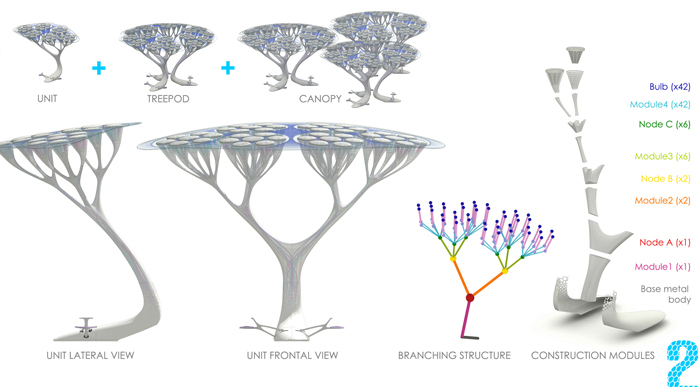