Australian architecture studio Mcbride Charles Ryan (visit their site HERE) has designed the “Yardmaster’s Building”, a slim rectangular building that houses the operational offices of Melbourne’s Southern Cross railway station. Nestled in between a multitude of outbound and inbound tracks, the design stands intentionally in contrast with its industrious environment. the result of an extensive study and consultation with its users and their representatives, the design process put its primary precedence in a successful organization and layout of programs: simple in circulation, the building accommodates the majority of its offices on the second and third floors, locker rooms and a gym on the first, and facilities for maintenance and cleaning on the ground level.

Wrapped in a jewel-like shell, the exterior facade features a repeating pattern finished in a metallic material with a light sheen. Jagged slices from this template results in a collection of windows that provide appropriate views and sunlight into the interior. With time, the exterior surfaces will rust and discolor to gradually reflect its site. 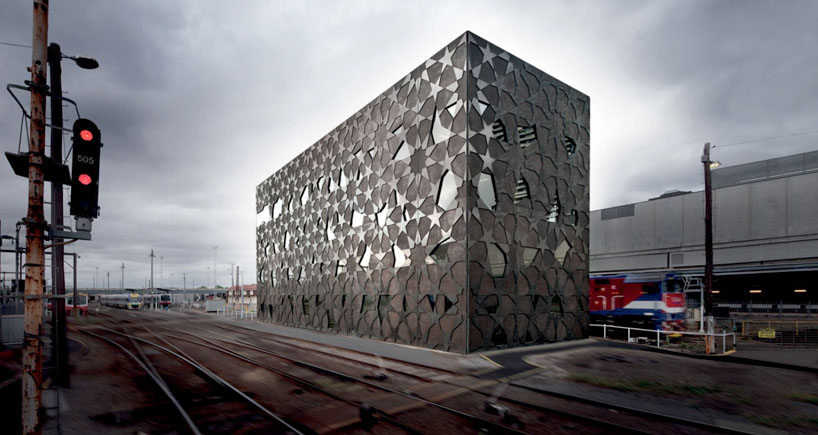 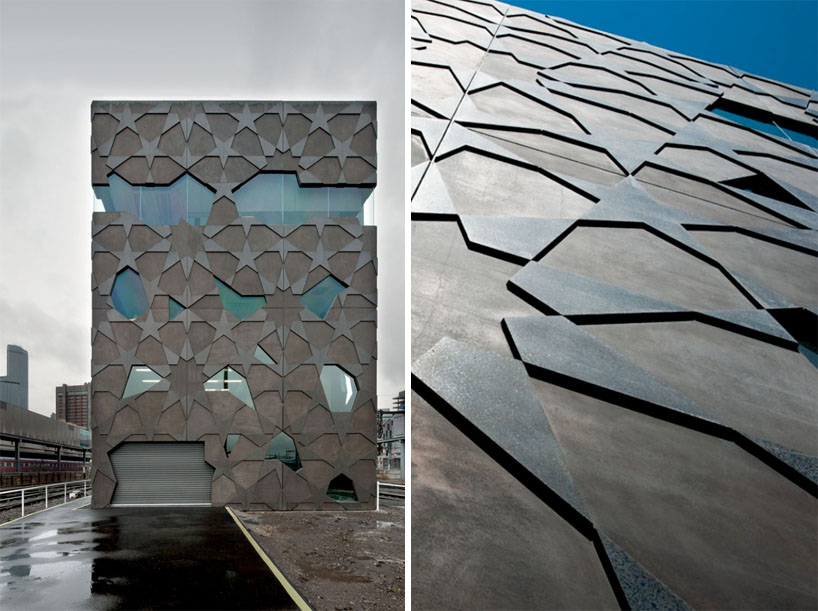 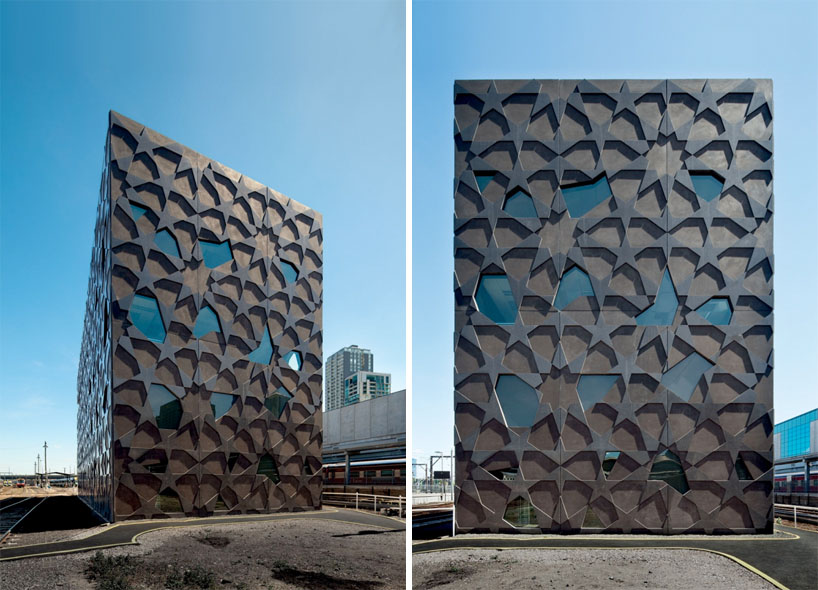 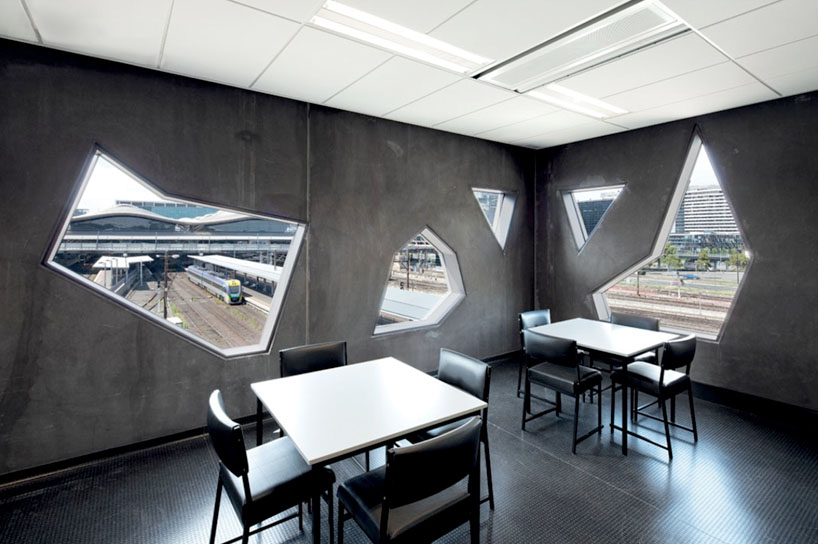 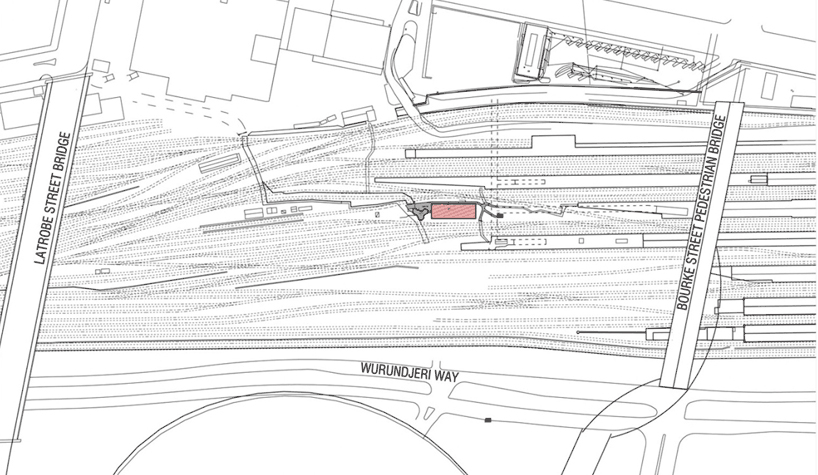