From The Guardian (published February 3, 2011) by Damian Carrington..☛..Billions of trees died in the record drought that struck the Amazon in 2010, raising fears that the vast forest is on the verge of a tipping point, where it will stop absorbing greenhouse gas emissions and instead increase them. The dense forests of the Amazon soak up more than one-quarter of the world’s atmospheric carbon, making it a critically important buffer against global warming. But if the Amazon switches from a carbon sink to a carbon source that prompts further droughts and mass tree deaths, such a feedback loop could cause runaway climate change, with disastrous consequences. “Put starkly, current emissions pathways risk playing Russian roulette with the world’s largest forest,” said tropical forest expert Simon Lewis, at the University of Leeds, and who led the research published today in the journal Science. Lewis was careful to note that significant scientific uncertainties remain and that the 2010 and 2005 drought – thought then to be of once-a-century severity – might yet be explained by natural climate variation.

“We can’t just wait and see because there is no going back,” he said. “We won’t know we have passed the point where the Amazon turns from a sink to a source until afterwards, when it will be too late.”

Alex Bowen, from the London School of Economics and Political Science’s Grantham research institute on climate change, said huge emissions of carbon from the Amazon would make it even harder to keep global greenhouse gases at a low enough level to avoid dangerous climate change. “It therefore makes it even more important for there to be strong and urgent reductions in man-made emissions.”

The revelation of mass tree deaths in the Amazon is a major blow to efforts to reduce the destruction of the world’s forests by loggers, one of the biggest sources of global carbon emissions. The use of satellite imagery by Brazilian law enforcement teams has drastically cut deforestation rates and replanting in Asia had slowed the net loss.Financial deals to protect forests were one of the few areas on which some progress was made at the 2010 UN climate talks in Cancún. The 2010 Amazonian drought led to the declaration of states-of-emergencies and the lowest ever level of the major tributary, the Rio Negro. Lewis, with colleagues in Brazil, examined satellite-derived rainfall measurements and found that the 2010 drought was even worse than the very severe 2005 drought, affecting a 60% wider area and with an even harsher dry season.

On the ground, the researchers have 126 one-hectare plots spread across the Amazon, in which every single tree is tagged and monitored. After 2005, they counted how many trees had died and worked out how much carbon would be pumped into the atmosphere as the wood rotted. In addition, the reduced growth of the water-stressed trees means the forest failed to absorb the 1.5bn tonnes of carbon that it would in a normal year. Applying the same principles to the 2010 drought, they estimated that 8.5 billion tonnes of CO2 will be released – more than the entire 7.7bn tonnes emitted in 2009 by China, the biggest polluting nation in the world. This estimate does not include forest fires, which release carbon and increase in dry years. “The Amazon is such a big area that even a small shift [in conditions] there can have a global impact,” said Lewis. Lewis said that two such severe droughts in the Amazon within five years was highly unusual, but that a natural variation in climate over decade-long periods cannot yet be ruled out. The driving factor of the annual weather patterns is the warmth of the sea in the Atlantic. He said increasing droughts in the Amazon are found in some climate models, including the sophisticated model used by the Hadley centre. This means the 2005 and 2010 droughts are consistent with the idea that global warming will cause more droughts in future, emit more carbon, and potentially lead to runaway climate change. “The greenhouse gases we have already emitted may mean there are several more droughts in the pipeline,” he said. Lewis said that the 2010 drought killed “in the low billions of trees”, in addition to the roughly 4 billion trees that die on average in a normal year across the Amazon. The researchers are now trying to raise £500,000 in emergency funding to revisit the plots in the Amazon and gather further data.

Brazilian scientist Paulo Brando, from the Instituto de Pesquisa Ambiental da Amazônia (Amazon Environmental Research Institute), and co-leader of the research said: “We will not know exactly how many trees were killed until we can complete forest measurements on the ground. It could be that many of the drought-susceptible trees were killed off in 2005. Or the first drought may have weakened a large number of trees so increasing the number dying in 2010.” Brando added: “Our results should be seen as an initial estimate. The emissions estimates do not include those from forest fires, which spread over extensive areas of the Amazon during hot and dry years and release large amounts of carbon.”

Scientists know from the geological record that the Earth’s climate can change rapidly. They have identified a number of potential tipping points where relatively small amounts of global warming caused by human activities could cause large changes in climate. Some tipping points, like the losses to the Amazon forests, involve positive feedback loops and could lead to runaway climate change.

Arctic ice cap: The white ice cap is good at reflecting the Sun’s warming light back into space. But when it melts, the dark ocean uncovered absorbs this heat. This leads to more melting, and so on.

Tundra: The high north is warming particularly fast, melting the permafrost that has locked up vast amounts of carbon in soils for thousands of years. Bacteria digesting the unfrozen soils generate methane, a potent greenhouse gas, leading to more warming.

Gas hydrates: Also involving methane, this tipping point involves huge reservoirs of methane frozen on or just below the ocean floor. The methane-water crystals are close to their melting point and highly unstable. A huge release could be triggered by a little warming.

West Antarctic ice sheet: Some scientists think this enormous ice sheet, much of which is below sea level, is vulnerable to small amounts of warming. If it all eventually melted, sea level would rise by six metres. 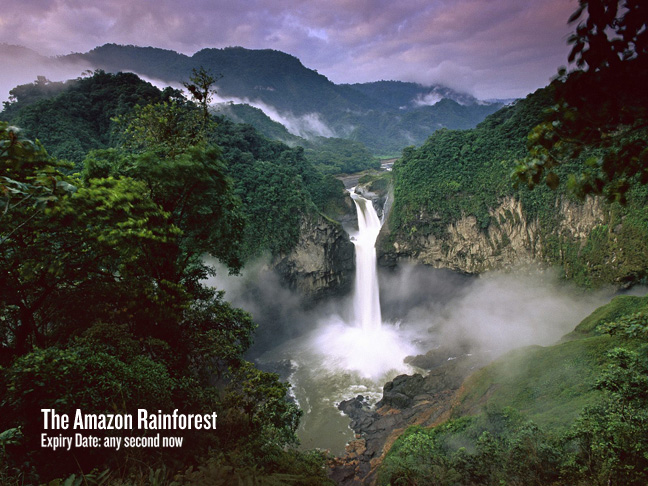