A very strange press release came out of the FAA yesterday.  Starting today, if you find yourself anywhere in the entire southeastern United States, there is a very high probability your GPS will not work at any given time.  The federal government is conducting top secret tests in this massive zone but is not releasing any further information.  I don’t know about you, but the first thought that came to mind was the scene in Close Encounters Of The Third Kind when the army was gathering their ammunition near Devil’s Tower and shipping it there via tractor trailers that appeared to be owned by various fast food restaurants.  Little did they know what was actually inside the trucks.  God only knows what the feds are up to down there, but I wouldn’t be surprised if a whole lot more birds drop out of the sky over the next four weeks.  Also worth noting: nowhere in the press release does it indicate that even the FAA knows what the Department of Defense is up to with these “tests”.  Or who knows; maybe they’re preparing Brunswick, Georgia as the landing spot for the second coming of Christ? Or to announce that Elvis is still alive?  So many possibilities!

3) DURATION: Several test events will be conducted and will be active for 45 minutes followed by 15 minutes of off time.

5) Pilots are highly recommended to report anomalies during testing to the appropriate ARTCC to assist in the determination of the extent of GPS degradation during tests. The NOTAMs discussed in this advisory may change with little or no notice.  Pilots are advised to check NOTAMs frequently for possible changes prior to operations in the area.  NOTAMs will be published at least 24 hours in advance of any GPS tests. 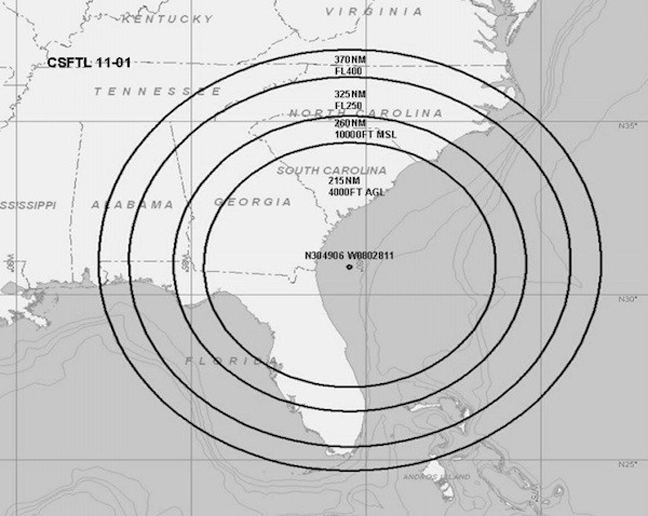