Last September Germany opened its newest (and most unusual) synagogue building.  The Mainz Jewish community is one of Germany’s most historic, dating back at least to the dynamic intellectual heyday in the Middle Ages.  Now the small community is the most contemporary and cutting edge–at least architecturally.  As Gavriel Rosenfeld explains in an article in The Forward, architect Manuel Herz’s design is something entirely new.  It derives not from any traditional (Jewish or otherwise) building vocabulary, but from the very vocabulary and calligraphy of Hebrew prayer. This is in stark contrast to other new synagogues in Germany (i.e. Munich’s monument synagogue that recalls the architecture of the Jerusalem Temple in its stark and simply geometry and massing).  Formally, the new Mainz synagogue is obviously inspired by the architecture of Daniel Libeskind (with whom Herz studied), most notably at his museums of Osnabruck and Berlin.

The design is based on the Hebrew word “Qadushah” (raising or blessing), whose five characters are abstracted in such a way the generate the shape/silhouette of the building.  You can read more about the synagogue here. 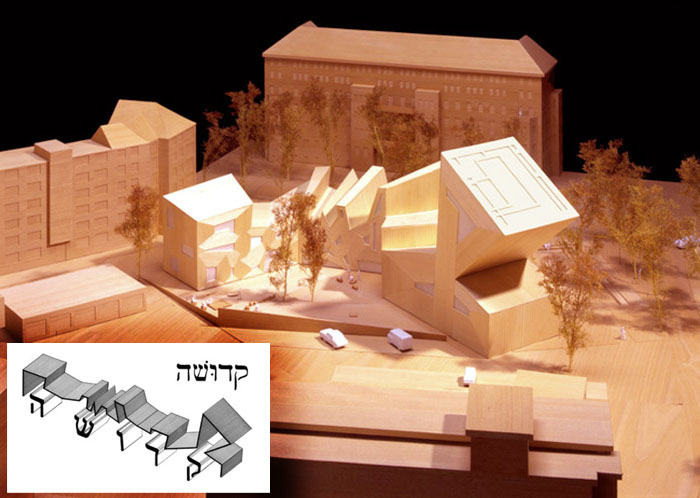 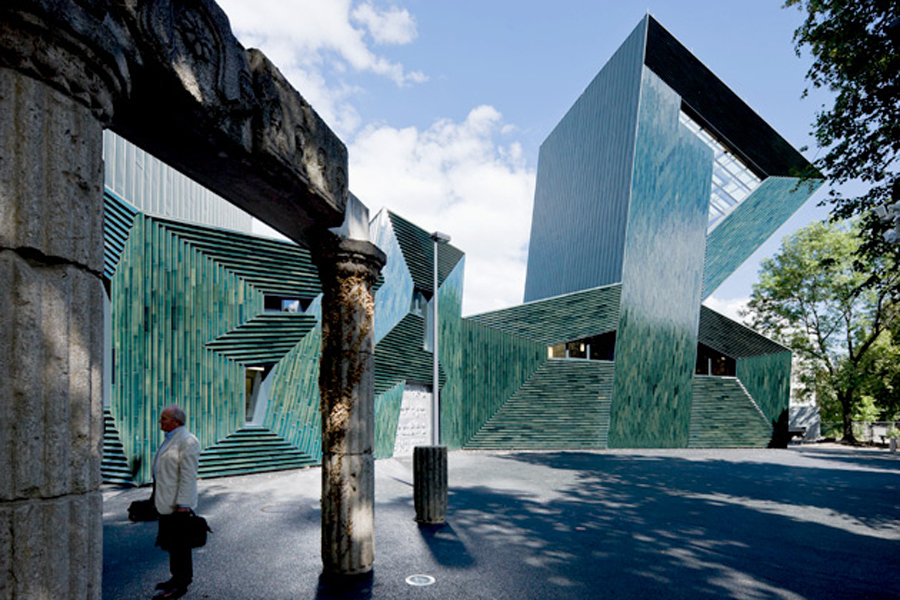 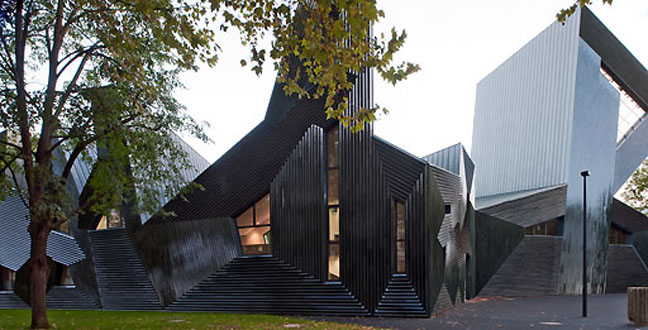 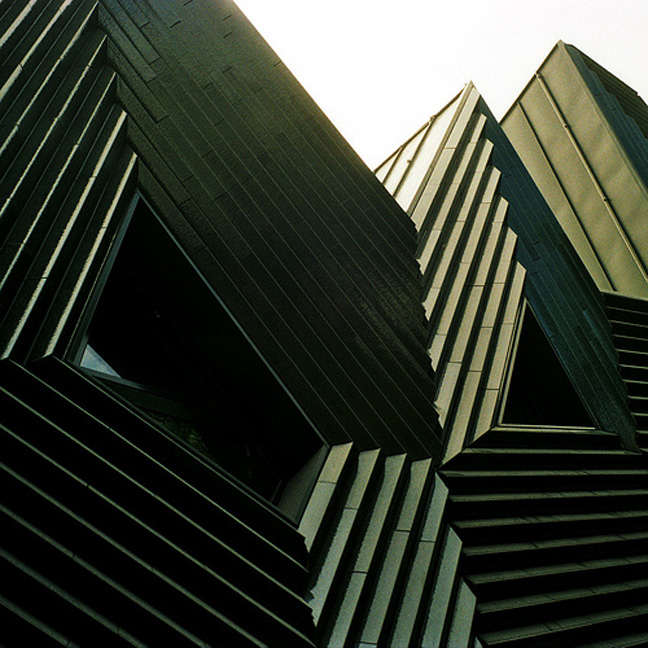 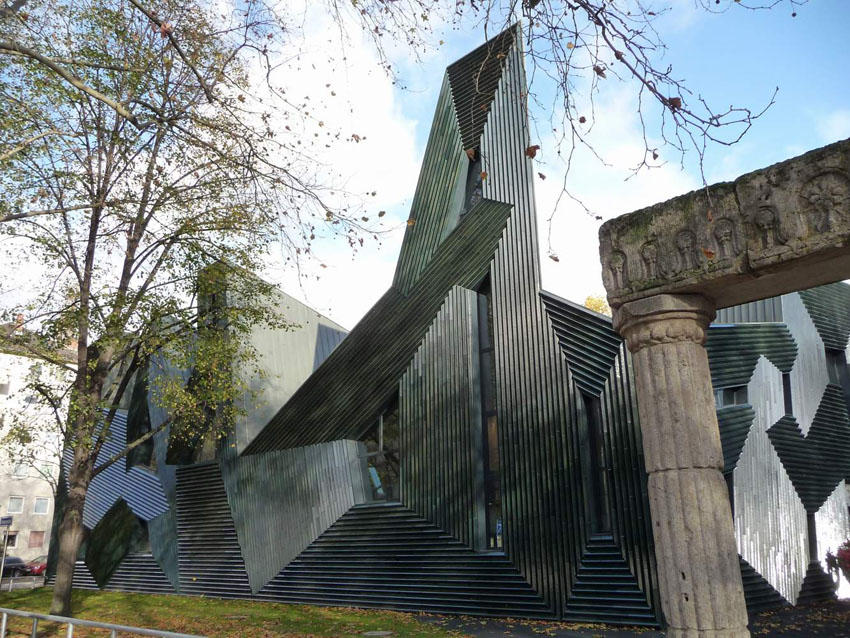 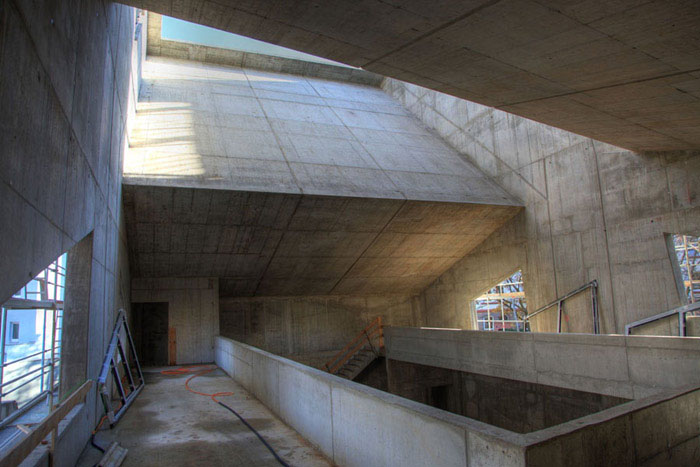