As much fun as it is to crap on the lazy attempts or woeful misfires, making a one-sheet is hard, the more subtle and complex the work, the more difficult it is to encapsulate the film into a poster.  So it’s rare when something works well, but when it does, the results are definitely rewarding.  So two thumbs up to whoever put together the newest poster for John Cameron Mitchell‘s “Rabbit Hole.” The concept is simple yet effective, showing slices of the various stages of grief, sadness and joy that centers around the film’s main couple played by Nicole Kidman and Aaron Eckhart.  The film follows Becca and Howie Corbett (Kidman and Eckhart) as they try to get on with their lives in the wake of the death of their young son in a car accident.  Based on the play by David Lindsay-Abaire and adapted for the screen by the playwright himself, the film premiered at TIFF to strong reviews including one from us.  It’s a strong, emotionally resonant film that also has its share of laughter too. 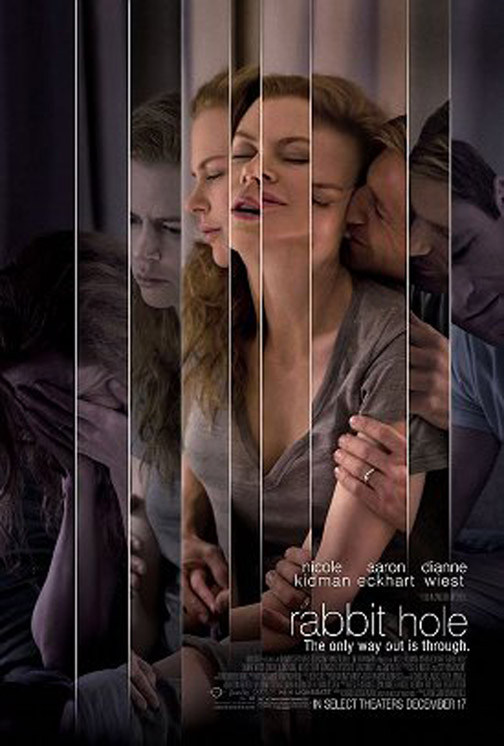