Suppose you could repair tissue damaged by a heart attack by magically turning other cells into heart muscle, so the organ could pump effectively again.  Scientists aren’t quite ready to do that. But they are reporting early success at transforming one kind of specialized cell directly into another kind, a feat of biological alchemy that doctors may one day perform inside a patient’s body.  “I think everyone believes this is really the future of so-called stem-cell biology,” says John Gearhart of the University of Pennsylvania, one of many researchers pursuing this approach.

The concept is two steps beyond the familiar story of embryonic stem cells, versatile entities that can be coaxed to become cells of all types, like brain and blood. Scientists are learning to guide those transformations, which someday may provide transplant tissue for treating diseases like Parkinson’s or diabetes.  It’s still experimental. But at its root, it’s really just harnessing and speeding up what happens in nature: a versatile but immature cell matures into a more specialized one.  The first step beyond that came in 2007, when researchers reversed the process. They got skin cells to revert to a state resembling embryonic stem cells. That opened the door to a two-part strategy: turn skin cells from a patient back into stem cells, and then run the clock forward again to get whatever specialized cell you want.

The new direct-conversion approach avoids embryonic stem cells and the whole notion of returning to an early state. Why not just go directly from one specialized cell to another? It’s like flying direct rather than scheduling a stopover.  Even short of researchers’ dreams of fixing internal organs from within, Gearhart says direct conversion may offer some other advantages over more established ways of producing specialized cells. Using embryonic stem cells is proving to be inefficient and more difficult than expected, scientists say. For example, the heart muscle cells developed from them aren’t fully mature, Gearhart noted.  And there’s no satisfactory way yet to make mature insulin-producing cells of the pancreas, which might be useful for treating diabetes, says George Daley of Children’s Hospital Boston and the Harvard Stem Cell Institute.  So direct conversion might offer a more efficient and faster way of getting the kinds of cells scientists want.

A glimpse of what might be possible through direct conversion emerged in 2008. Researchers got one kind of pancreatic cell to turn into another kind within living mice.  But far more dramatic changes have been reported in the past year in lab dishes, with scientists converting mouse skin cells into nerve cells and heart muscle cells. And just this month came success with human cells, turning skin cells into early stage blood cells.  The secret to these transformations is the fact that all cells of a person’s body carry the same DNA code. But not all the genes are active at any one time. In fact, a cell’s identity depends on its lineup of active genes. So, to convert a cell, scientists alter that combination by inserting chemical signals to activate particular genes.  “This is something that’s really caught fire because it’s an easy strategy to use,” Gearhart said. “Everyone’s out there trying their different combinations (of chemical signals) to see if they can succeed.”

But success is not so easy. “There’s a lot of experiments failing,” Daley said. “A lot of people are just taking a trial-and-error approach, and that’s fundamentally inefficient. And yet, it may create a breakthrough.”  Even when the experiments work, there are plenty of questions to answer. Can this technique reliably produce transformed cells? Are these new cells normal? Or do they retain some hidden vestiges of their original identity that might cause trouble later on?  “When we make a duck look like a cat, it may look like a cat and meow, but whether it still has feathers is an issue,” Daley said.  And ultimately: Would it be safe to transplant these cells into patients?  “We’re a long way from showing safety and efficacy for any of these things,” Gearhart said. “This stuff is all so new that we have a lot of work to do.”

In any case, he and Daley said, scientists will still work with embryonic stem cells and the man-made versions first produced in 2007, called iPS cells. Those technologies clearly have places in various kinds of research, and it’s not yet clear whether they or direct conversion will eventually prove best for manufacturing replacement cells for people.  That question, Daley said, “is way, way open.” 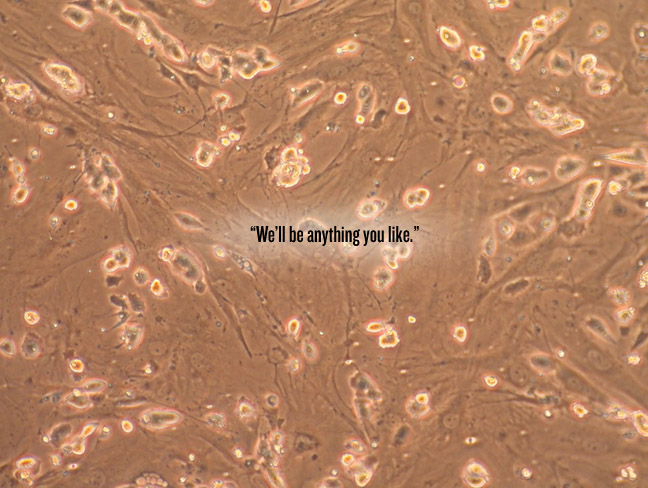