NOKIA researchers have invented the world’s first touchscreen on a block of ice.  It’s certainly not a practical device by any means, but it’s a major indication of what’s to come.  Someday, the surfaces we encounter in our day-to-day lives will gain computing abilities.  The technical term for this is “ubiquitous computing” (learn more about that here).  Here’s how they did it:

A near-infrared light source mounted behind the “screen” bathes it in invisible light, and an array of near-infrared cameras, also behind the wall, are focused on the front surface. A hand placed on the ice reflects the light towards the camera array and the signal each camera receives helps a nearby PC establish the hand’s position, size and motion. The PC is also connected to a projector, which uses the data to project imagery – such as flames – beneath the user’s hand.  “It was -15 °C out there so it was very interesting to show ice on fire,” says Virolainen. “It wouldn’t have been anywhere near as interesting with a plastic screen.”  A NOKIA spokesperson continued, “Playful experiments like this are important – people really liked it,” says Huopaniemi. “New forms of interaction, sensing and content delivery for future mobile devices could come out of it.” 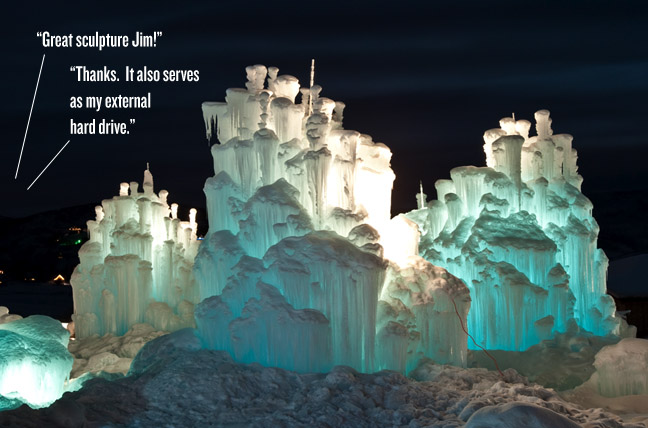 Previous post:
The WTF Files: This Is Disgusting And Cannot Be Normal Next Post:
German Train Gets Ambushed By Graffiti Artists