North Korea, which fired dozens of artillery shells at the South Korean island of Yeonpyeong recently, could make one or two bombs’ worth of enriched uranium per year if its new enrichment facility is fully operational, a nuclear analyst says.  The shells killed two soldiers and set houses ablaze, according to Reuters, in one of the heaviest attacks on South Korea since the Korean war in the 1950s. The two countries then exchanged further fire.

These events closely follow reports on 20 November by an engineer and two nuclear policy experts from the Center for International Security and Cooperation at Stanford University in California that they saw an industrial-scale uranium enrichment plant in a visit a few days earlier to North Korea.  Nonetheless, the possibility that North Korea is merely making fuel for a peaceful nuclear power plant cannot be ruled out, says engineer Siegfried Hecker, former director of the Los Alamos National Laboratory in New Mexico, and his two colleagues Robert Carlin and John W. Lewis.  Although North Korea had previously announced its intention to enrich uranium, most analysts believed it did not have a large-scale capability to do so. But Hecker’s team say they were given a “stunning” view of a major new enrichment facility at the country’s Yongbyon nuclear complex.  “We saw a modern, clean centrifuge plant of more than 1000 centrifuges all neatly aligned,” Hecker writes in a report posted on the Stanford website.  North Korean officials told the team that the plant has 2000 centrifuges that are already being used to separate fissile uranium-235 from the more abundant uranium-238.  If that is true, North Korea could make 30 to 40 kilograms of highly enriched uranium per year, enough for one or two nuclear weapons, says Hui Zhang of the John F. Kennedy School of Government at Harvard University.

Although North Korea is believed to already possess plutonium-based nuclear weapons, uranium-based weapons can be more efficient, allowing them to produce more powerful explosions, says Robert Alvarez of the Institute for Policy Studies in Washington DC.  Uranium can also be used to trigger nuclear fusion of heavy isotopes of hydrogen, unleashing vastly more explosive power than is possible with uranium or plutonium alone, Alvarez says.  But he adds that to make fusion weapons, North Korea would first have to develop other capabilities, including the ability to make the hydrogen isotope tritium.

North Korean officials told the visitors the facility is intended to make low-enriched uranium fuel for a nuclear power plant it is building to generate electricity. “These facilities appear to be designed primarily for civilian nuclear power, not to boost North Korea’s military capability,” Hecker writes in the report.  Hecker accepts that they could quickly be switched to making highly enriched, weapons-grade uranium.  But he argues that if North Korea wants to make nuclear bombs it would make more sense for it to restart plutonium production at the dormant plant it once used for this purpose.  Zhang says the number of centrifuges is appropriate if they are really intended to make fuel for a small, experimental nuclear power plant like the one North Korea is building. He and Alvarez both say they suspect North Korea has revealed this new capability in order to influence any future negotiations over its nuclear activities.  “I think the North Koreans are pushing very hard to convince the United States of its nuclear ambitions and where it stands right now as a way of increasing their bargaining leverage,” Alvarez says.

As far as the situation on Yeonpyeong is concerned, North Korea is claiming South Korea fired the first shot, according to the BBC.  South Korea says it was conducting a military drill in the area before North Korea fired.  Jung Hoon-lee, professor of international relations at Yonsei University in Seoul, South Korea, told the BBC World Service: “If this is not an act of war, I don’t know what is… We fired back in accordance with the rules of engagement.  This is the bare minimum, one has to wonder are we really doing enough?” 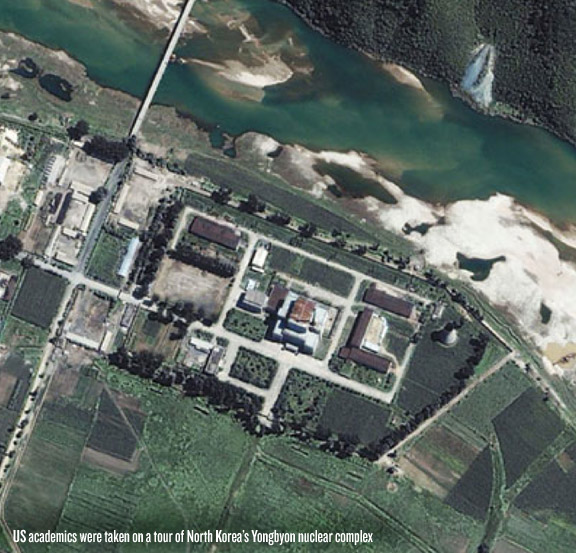 Previous post:
The Sexual Subplots Of Harry Potter Next Post:
Scientists Capture 3D Image Of Brain In Highest Resolution Ever