North Korea showed a visiting American nuclear scientist earlier this month a vast new facility it secretly and rapidly built to enrich uranium, confronting the Obama administration with the prospect that the country is preparing to expand its nuclear arsenal or build a far more powerful type of atomic bomb.  Whether the calculated revelation is a negotiating ploy by North Korea or a signal that it plans to accelerate its weapons program even as it goes through a perilous leadership change, it creates a new challenge for President Obama at a moment when his program for gradual, global nuclear disarmament appears imperiled at home and abroad. The administration hurriedly began to brief allies and lawmakers on Friday and Saturday — and braced for an international debate over the repercussions.

The scientist, Siegfried S. Hecker, a Stanford professor who previously directed the Los Alamos National Laboratory, said in an interview that he had been “stunned” by the sophistication of the new plant, where he saw “hundreds and hundreds” of centrifuges that had just been installed in a recently gutted building that had housed an aging fuel fabrication center, and that were operated from what he called “an ultra-modern control room.” The North Koreans claimed 2,000 centrifuges were already installed and running, he said.  American officials know that the plant did not exist in April 2009, when the last Americans and international inspectors were thrown out of the country. The speed with which it was built strongly suggests that the impoverished, isolated country, which tested its first nuclear device in 2006, had foreign help and evaded strict new United Nations Security Council sanctions imposed to punish its rejection of international controls.

A delegation of American experts that included Dr. Hecker has already reported that it confirmed satellite photographic evidence of another new advance by the North — a light-water reactor being built on the site of a facility the country had dismantled as part of an agreement with the international community to end its nuclear weapons program.

… For roughly 15 years, American intelligence agencies have reported evidence the North was seeking to enrich uranium, largely based on technology it bought from A. Q. Khan, the rogue Pakistani nuclear dealer, in a transaction that dates from 1996. There were later reports of North Korean efforts to buy critical centrifuge components, and a suspicious shipment of uranium hexafluoride to Libya that appeared to be of North Korean origin. The Bush administration accused the North in 2003 of secretly pursuing the technology, leading to the ouster of inspectors.

… Another possibility, which administration officials declined to discuss, is that the North ultimately intends to build a new generation of hydrogen bombs or thermonuclear weapons, far more powerful than anything in its current arsenal.  The North’s current arsenal of 8 to 12 weapons are all based on plutonium. But uranium, enriched to bomb grade, can also be used to drastically increase the destructive power of a nuclear blast, and that is the main use of uranium in modern arsenals, including United States warheads.

You can read the full story at The New York Times. 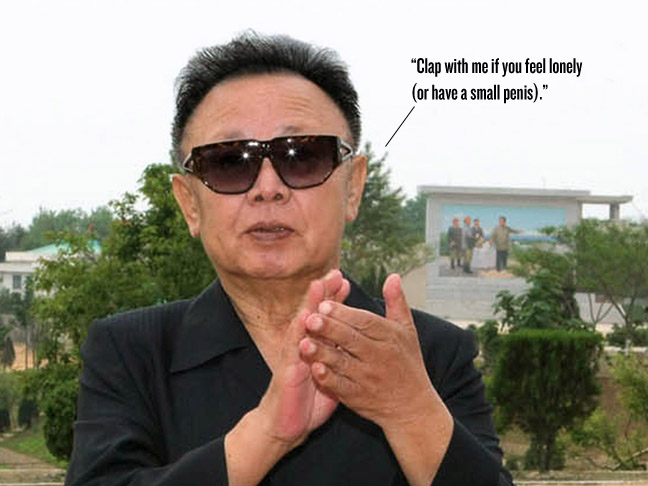