Vanity Fair Profiles The Mysterious Case Of The Vanishing Blonde

A woman in Florida turns up raped and beaten in a ditch and can’t remember who attacked her. The security tapes at her hotel show that she didn’t leave her room that evening.  What follows is a good ol’ fashioned detective story with a tenacious private detective getting to the bottom of the story.  The real hero of this story is Private Investigator, Ken Brennan.  Even when police from two states were laughing at him and turning their backs on his conviction, Ken pursued his hair-thin leads until he found the man he was looking for.  As a result, his hard work and perseverance has likely saved the lives of many women from a skilled predator that would very likely never have been caught.

He had a fixed policy. He told potential employers up front, “I’ll find out what happened. I’m not going to shade things to assist your client, but I will find out what the truth is.” Brennan liked it when the information he uncovered helped his clients, but that wasn’t a priority. Winning lawsuits wasn’t the goal. What excited him was the mystery. The job in this case was straightforward. Find out who raped and beat this young woman and dumped her in the weeds. Had the attack even happened at the hotel, or had she slipped out and met her assailant or assailants someplace else? Was she just a simple victim, or was she being used by some kind of Eastern European syndicate? Was she a prostitute? Was she somehow implicated? There were many questions and few answers.

This is a small excerpt from the lengthy Vanity Fair feature, and what an incredible story it is.  It’s a study of what happens when you look closely enough at something a million times until you see something that no one else had seen.  Read the full story at Vanity Fair. 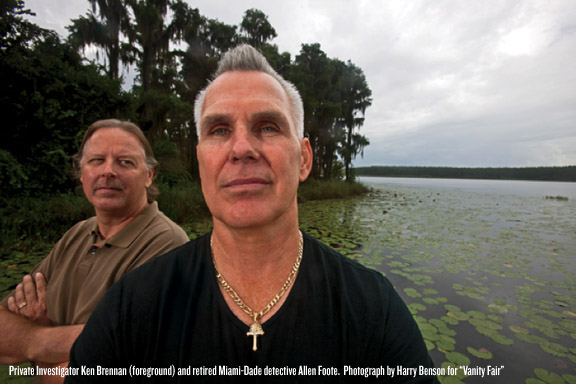