Acoustic archaeologists are exploring how the Chavin culture in Peru may have designed underground temples to blow worshippers’ minds using low-tech sound and light shows. Of course, this thread continued in cathedrals with massive stained glass windows and organs all the way to today’s high-end multimedia megachurches. According to Miriam Kolar of Stanford’s Center for Computer Research and Acoustics, the temple’s maze of tunnels “could be physically disorienting and the acoustic environment is very different than the natural world,” and might be especially freaky for folks who were tripping out:

The iconography (of ancient Chavin drawings) shows people mixed with animal features in altered states of being,” said Kolar, who is presenting her recent work at a conference in Cancun, Mexico this week.  “There is peyote and mucus trails out of the nose indicative of people using psychoactive plant substances. They were taking drugs and having a hallucinogenic experience.” If that wasn’t enough, the mazes at Chavin de Huantar also include air ducts that use sunlight to produce distorted shadows of the maze’s human participants.  And sound waves from giant marine shells found in the maze in 2001 may have produced a frequency that actually rattled the eyeballs of those peyote-using ancients, Kolar said. The Chavin de Huantar site in Peru isn’t the only place where sound played an important role. The Mayan rulers at Chichen Itza in the Yucatan also figured out how to use sound for crowd control.  David Lubman, an acoustic engineer who has spent the past 12 years studying the Mayan site, says a strange bird-like echo from the Kukulkan temple was actually constructed on purpose. “It’s sort of spooky,” Lubman said from Irvine, Calif. “It’s not an ordinary echo.” Lubman’s analysis compared the acoustic soundprint of the quetzal bird, which was revered by Mayans, to the sound of the echo at Chichen Itza. The two sounds matched. Lublin said the secret is in the acoustic properties of the steep staircase on the temple’s front.

You can read the full article at Discovery News. 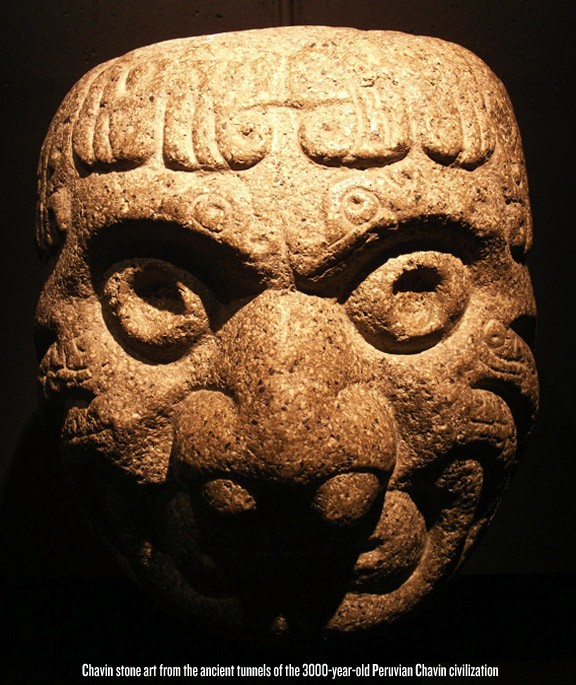 Previous post:
Danny Boyle’s “127 Hours” Hailed As “Triumphant, Kaleidoscopic Thrill” Next Post:
Our Perception Of Time Is Elastic And In A Constant State Of Change, Unlike Real Time