Could Literal Metaphors Be The Key To Unlocking The Door Of World Peace?

In a recent New York Times commentary, Robert Sapolsky, author of “Why Zebras Don’t Get Ulcers,” explains how a single part of the brain like the insula, which handles disgust, and the anterior cingulate, which handles pain, have evolved to also handle the metaphoric and symbolic versions of disgust and pain. With both the physical and symbolic coming from the same neighborhood, the rest of the brain can easily confuse the two, leading to interesting results.  Sapolsky gives examples from current behavioral research:

Volunteers were asked to evaluate the resumes of supposed job applicants in experiments where the critical variable (the resume) was attached to a clipboard of one of two different weights.  Subjects who evaluated the candidate while holding the heavier clipboard tended to judge candidates to be more serious, with the weight of the clipboard having no effect on how congenial the applicant was judged.  After all, we say things like “weighty matter” or “gravity of a situation.”

Advertising and design have of course always exploited the brain’s confusion between the real and the ideal. Sapolsky points towards a higher purpose, crediting Nelson Mandela’s use of his own living room couch as the negotiation place between himself and an Afrikaans general toward creating both symbolic and actual peace in South Africa. 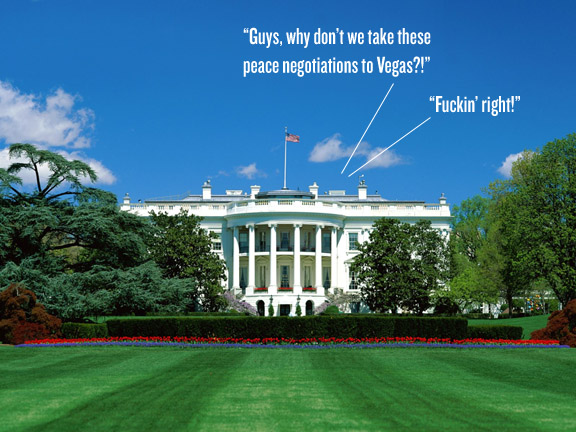