Fire engulfed a high-rise apartment building under renovation in China’s business center of Shanghai on Monday, killing at least eight people, injuring more than 90 and sending some residents racing down scaffolding to escape.  A witness said building materials caught fire, and the blaze spread to scaffolding and then to the 28-story building, which houses a number of retired teachers, the official Xinhua News Agency reported.  More than 80 fire trucks were called to battle the blaze, Shanghai state television said, and streams of water could be seen flowing into the building, which appeared to be gutted.  The fire appeared to have been put out about six hours later, and firefighters could be seen taking bodies from the building.

Photos posted online showed a man clinging to the scaffolding. A building resident identified as Mr. Zhou told Hong Kong broadcaster Phoenix TV that he and his wife were napping in their 23rd floor apartment when they smelled smoke. He said they climbed down the scaffolding four stories before being rescued by firefighters.  At one point helicopters could be seen hovering over the building, and witnesses said at least one resident was rescued, but thick smoke hampered further efforts. By evening the helicopters were gone.  The city government said in a statement that 100 people were rescued, but it was not clear if that included the 90 people Xinhua said were hurt in the fire. 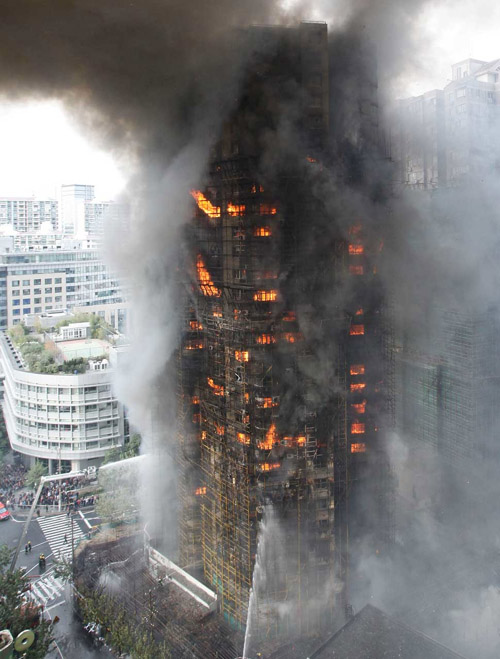 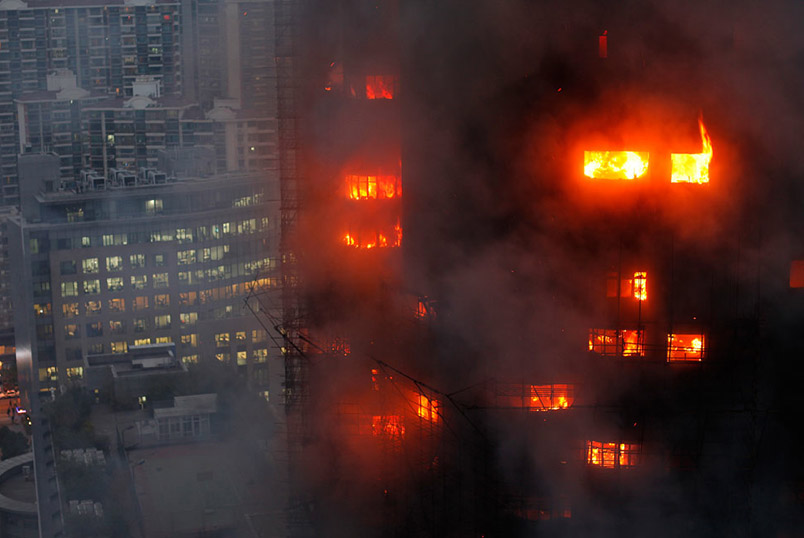 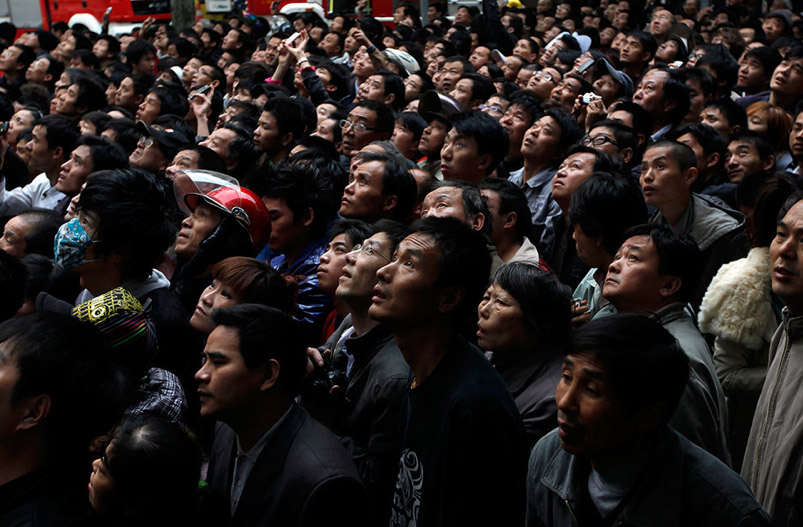