You’ve got to have a hard sell and catchy slogan if you’re a bottled water company trying to introduce your product in New York City, which is reputed to have some of the best tap water in the world. After all, this is a place where people have tried to actually bottle the tap water. Sometimes, though, a straightforward approach is best. And so the entrepreneur Benjamin Gott named his company Boxed Water Is Better.

“We like to think we’re better for a few reasons: our sustainability, our striving for efficiency and our goal to give back,” says Gott, who sells his water in 32-ounce cartons with an added spout for easy drinking — looking like a better-designed quart of milk.

Yes, tap water will always be a more ecological option, and there’s no denying that the water carton is bulkier in one’s purse than a plastic bottle. But there’s much to be said for the simplicity of the packaging and the overall aesthetic. One thing’s for sure: Boxed water is definitely better-looking than the competition. 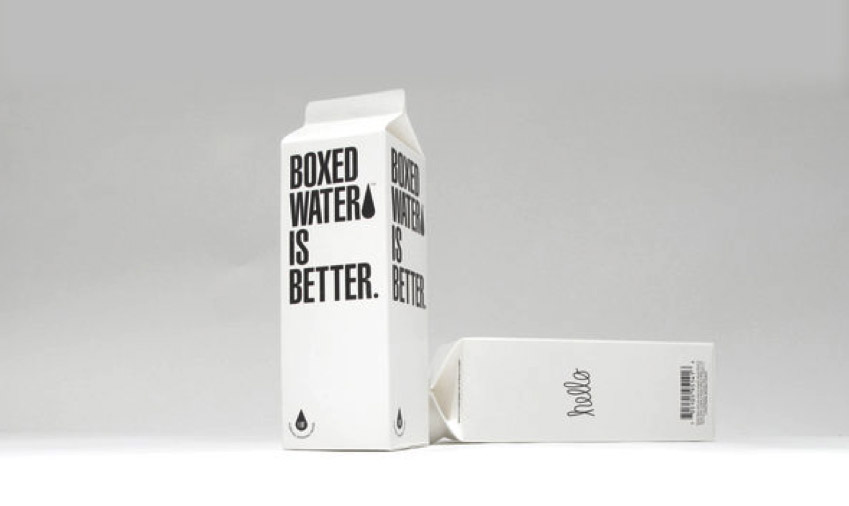 Previous post:
Blackbird Blackbird “Pure” Next Post:
Did You Know: The Regeneration Speeds Of The Human Body