This Is Your Brain On (And Off) Love

In 2008, TIME wrote a feature piece called “The Science Of Romance: Why We Love.”  Understanding something as ephemeral (and borderline spiritual) as love from a scientific perspective is something that has proven to be very challenging.  Apart from the basic primal urge to make children, why do we feel the need for these elaborate exercises of fan dances and flirtations, winkings and signalings, joys and sorrows?  “We have only a very limited understanding of what romance is in a scientific sense,” admits John Bancroft, emeritus director of the Kinsey Institute in Bloomington, Indiana, a place where they know a thing or two about the way human beings pair up.  But that limited understanding is expanding.  The more scientists look, the more they’re able to tease romance apart into its individual strands: the visual, auditory, olfactory, tactile, neurochemical processes that make it possible.  None of those things may be necessary for simple procreation, but all of them appear essential for something larger.  What that something is–and how we achieve it– is only now becoming clear. The article begins with the basics of attraction: attraction to smell, attraction to looks, etc.  They eventually touch on the physiology of love and what’s going on inside the human brain:

The last major stops for love signals in the brain are the caudate nuclei, a pair of structures on either side of the head, each about the size of a shrimp. It’s here that patterns and mundane habits, such as knowing how to type and drive a car, are stored. Motor skills like those can be hard to lose, thanks to the caudate nuclei’s indelible memory. Apply the same permanence to love, and it’s no wonder that early passion can gel so quickly into enduring commitment. The idea that even one primal part of the brain is involved in processing love would be enough to make the feeling powerful. The fact that three are at work makes that powerful feeling consuming.

… Of course, even a love fever that’s healthily shared breaks eventually, if only because–like any fever–it’s unsustainable over time. Fisher sees the dangers of maladaptive love in fMRI studies she’s conducting of people who have been rejected by a lover and can’t shake the pain. In these subjects, as with all people in love, there is activity in the caudate nucleus, but it’s specifically in a part that’s adjacent to a brain region associated with addiction. If the two areas indeed overlap, as Fisher suspects, that helps explain why telling a jilted lover that it’s time to move on can be fruitless–as fruitless as admonishing a drunk to put a cork in the bottle.

The essay concludes with a section on the evolution of a loving relationship, its similarities to the early beginnings of romance, and why we shouldn’t worry so much if things don’t work out:

The eventual goal of any couple is to pass beyond serial dating–beyond even the thrill of early love–and into what’s known as companionate love. That’s the coffee-and-Sunday-paper phase, the board-games-when-it’s-raining phase, and the fact is, there’s not a lick of excitement about it. But that, for better or worse, is adaptive too. If partners are going to stay together for the years of care that children require, they need a love that bonds them to each other but without the passion that would be a distraction. As early humans relied more on their brainpower to survive–and the dependency period of babies lengthened to allow for the necessary learning–companionate bonding probably became more pronounced.  That’s not to say that people can’t stay in love or that those couples who say they still feel romantic after years of being together are imagining things. Aron has conducted fMRI studies of some of those stubbornly loving pairs, and initial results show that their brains indeed look very much like those of people newly in love, with all the right regions lighting up in all the right ways. “We wondered if they were really feeling these things,” Aron says. “But it looks like this is really happening.”

These people, however, are the exceptions, and nearly all relationships must settle and cool. That’s a hard truth, but it’s a comforting one too. Long for the heat of early love if you want, but you’d have to pay for it with the solidity you’ve built over the years. “You’ve got to make a transition to a stabler state,” says Barry McCarthy, a psychologist and sex therapist based in Washington.  If love can be mundane, that’s because sometimes it’s meant to be.

Calling something like love mundane, of course, is true only as far as it goes. Survival of a species is a ruthless and reductionist matter, but if staying alive were truly all it was about, might we not have arrived at ways to do it without joy–as we could have developed language without literature, rhythm without song, movement without dance? Romance may be nothing more than reproductive filigree, a bit of decoration that makes us want to perpetuate the species and ensures that we do it right. But nothing could convince a person in love that there isn’t something more at work–and the fact is, none of us would want to be convinced. That is a giant nut that science may never fully crack.

You can read the full article at TIME. 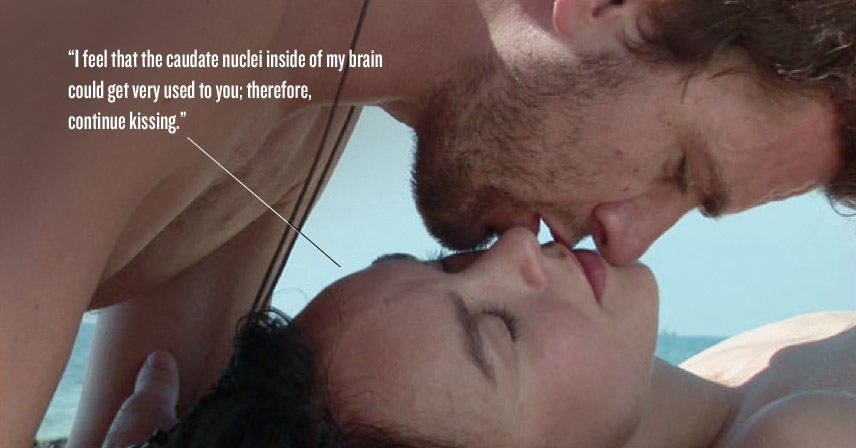