As I’m sure you’ve learned by now, Google recently blocked Facebook API access to download Google contacts.  Facebook hacked its way around that, and Google subsequently issued a statement that they were “disappointed”.  Facebook Platform engineer Mike Vernal then responded in the comments of one of our blog posts about the bitchslap fight, defending Facebook’s policy and calling it (cough) “consistent”. 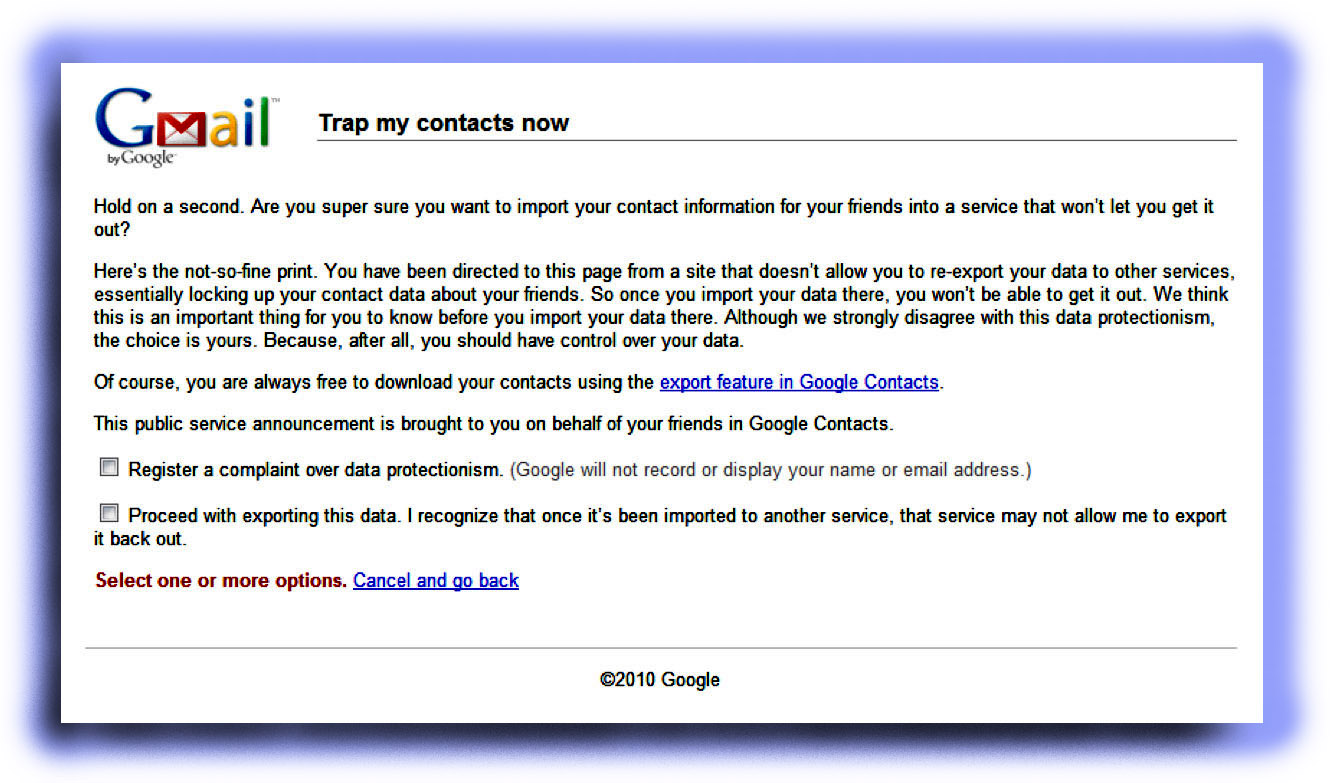 Aaaaaaaaand the battle of the Web giants continues.  Google then asks the user to file a complaint against this (which is indirectly directed towards Facebook) data protectionism and then permits the user to download his/her contacts.  Now the thing is people love Facebook and most of the Gmail and Facebook users will not care about what Google has to say.  So we feel very less people will actually end up selecting the Register a complaint checkbox, as you never complain against someone whom you love.  Watch the reenactment video below for a summary of the war so far.  NOTE: Facebook is the black wig and Google is the blonde wig: