Internet Doomsday: Why The Web Could Implode In 6 Months

There’s a crisis brewing on the Internet, but because it involves the arcane inner workings of the Web, chances are you haven’t heard about it. It’s quite real, and it’s hotly debated at obscure conferences and among those whose job it is to keep the networks running smoothly.  Here’s the predicament: The Internet is running out of room.  Fast.  Imagine that sometime soon, you were to move to a new house and call up the cable company to sign up for broadband Internet access, and they were to respond, “Sorry, we can’t right now, we’re sold out.” Or that an entrepreneur trying to get their new employees online is put on a waiting list.  The problem boils down to a real-estate shortage. Specifically, there’s a scarcity of Internet addresses, the critical and unique numbers that are used to distinguish one computer from another. These special numbers are called Internet Protocol, or IP, addresses.  Unless you work in IT, your best chance of having encountered an IP address has probably been setting up your home Wi-Fi network. You might recognize them from their characteristic format: four numbers, each from 0 to 255, separated by period. For example: “74.125.227.19” identifies a Google server. (Few people ever type in those numbers; instead, the Internet’s address-book system converts familiar labels like “www.google.com ” to the appropriate IP number for you.)  If you do the math, you quickly find out that system offers roughly 4.3 billion possible IP addresses. That’s a lot of addresses. But we’ve also been hooking up a lot of things to the Internet, all over the world. IP addresses are distributed by an unsurprisingly arcane (but surprisingly political) system of regional “registries” all drawing from a central pool. For companies in the U.S., IP addresses are parceled out by the American Registry for Internet Numbers.  And the end is near, says John Curran, the CEO of ARIN. “We expect that sometime in the first half of next year, the central pool will run out,” he says. “We expect we’ll have three to six months of address space thereafter, which means that at some point later in the year, ARIN will run out.” Translation: at some point in 2011, Curran expects that companies asking ARIN for IP addresses—such as broadband providers that want to connect new customers—will be told there are none to be had. Estimates now put the remaining addresses available at less than 5 percent of the total address space.

So what can be done? As you might expect, the technical wizards have a solution. (In fact, they’ve had it for more than a decade.) The answer is longer addresses with more characters. The new, longer addresses are known as IPv6 (versus IPv4 for the old addresses, and they look like this: “fe80:43e3:9095:02e5:0216:cbff:feb2:7474.” That approach makes possible some 340,282,366,920,938,000,000,000,000,000,000,000,000 addresses—plenty for everyone.  The hitch is that rolling out IPv6 isn’t easy. Most modern hardware can support IPv6 (PCs and Macs alike), but if you’re an Internet service provider, it’s not like flipping a switch. It can mean upgrading all kinds of internal systems and support procedures. That not only costs time and money, but raises the possibility of screwups that interfere with the network’s operation. “I don’t think we know enough to know whether it will go smoothly or not,” says David Farber, professor of computer science and public policy at Carnegie Mellon University, and one of the pioneers of computer networking.

So, much like the Y2K bug (remember that?), companies have a lot of incentive to put off dealing with IPv6 until they absolutely need to. And to be sure, the real-estate shortage may turn out to be less dire than it appears, if many companies have been routinely hoarding unused addresses. Companies are also stretching the IPv4 addresses they do have with technical workarounds that let one address stand in for multiple machines. (Your own home Wi-Fi network typically does this, appearing to the world as a single IP address even if you have 10 PCs, iPad, Tivos and whatever hooked up.)  Who needs to care about the address crisis, then? If you’re a consumer and you’ve already got Internet service, you’re probably OK. If you’re likely to move or switch providers, it wouldn’t be a bad idea to find out in advance if they’re up and running with IPv6.  If you’re in business, things are more complicated. Just to get online, companies can always shop different providers if one runs out of addresses and can’t handle IPv6. But more broadly, those who do business on the Internet—and these days, who doesn’t?—will need to make sure their systems can talk properly to the users who will eventually come calling over IPv6.  Perversely, some businesses need to worry about the opposite problem, too. Slow rollouts of IPv6 may see more service providers turn to those workarounds to stretch their IPv4 addresses, which can have the side effect of disguising computers’ real locations. Sites that sell advertising, for instance, often employ targeting based on IP addresses. Information that content providers and retailers depend on could become scarcer. (Memo to stockbrokers: Check out investments for exposure to IPv6 issues.)

Eventually, all of this will be solved. There’s too much at stake for too many organizations not to solve it. Even the U.S. government is pushing the agenda, with a mandate this fall that requires agencies to enable IPv6 on publicly accessible servers by October 2012.  The question is, how much pain will there be along the way? But there may be payoffs, too—and not just from solving the address crisis. Bob Frankston, a co-creator of the original VisiCalc spreadsheet and all-around technology trailblazer, says we’ve been saddled too long with a system that makes it too complicated for one machine to talk to another. From sending a document to your home printer from the road to getting something like a glucose monitor to automatically update your doctor, it’s a mess.  IPv6 will help but doesn’t go far enough, Frankston says. “The ultimate thing is, we shouldn’t think of networks, we should think about relationships between devices,” he says. It’s up to big companies like Microsoft and Google—those powerful enough to influence everyone else—to develop those technologies, and open up all the possibilities of having truly connected gadgets. 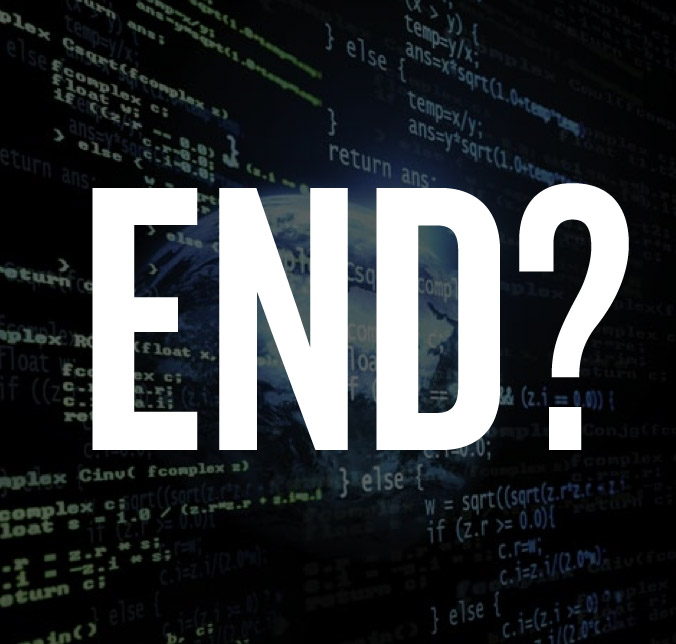 Previous post:
The Photorealistic Paintings Of Max Ferguson Next Post:
Dog Still Waiting Everyday At End Of Road For The Last Five Months For Dead Owner To Return