The Vehicle Assembly Building (where the space shuttles were constructed and where they are refurbished after their return to earth) is the largest single-story building in the world (52 storeys).  It was originally constructed in 1966 for the vertical assembly of the Saturn V rockets used in the Apollo program.

The building has 10,000 pounds of air conditioning within, and is so vast that it has its own weather, including “rain clouds form[ing] below the ceiling on very humid days.” The doors are so huge they take 45 minutes to open.  The American flag painted on the building was the largest in the world when added in 1976 as part of United States Bicentennial celebrations.  Each of the stars on the flag is 6-feet across, the blue field of stars is the size of a regulation basketball court, and the each of the stripes is 9-feet wide (the width of a standard road lane).  It took 6,000 gallons of paint to paint the American flag on the building, which comes to a total of 60,000 pounds (30 tons). 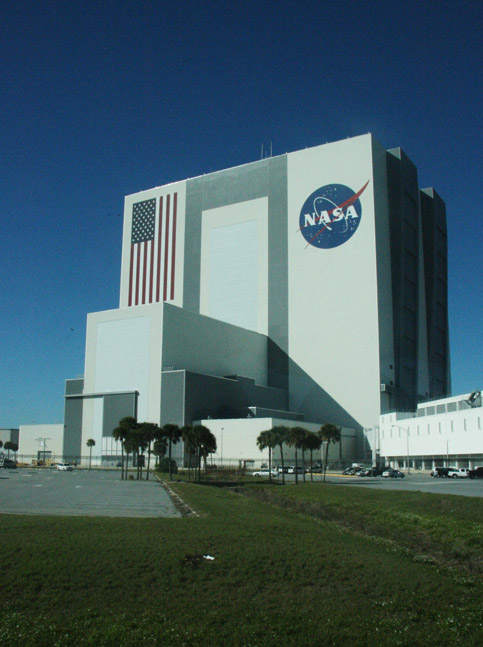