The First Human Being Ever Photographed

Louis Daguerre took this photograph of the Boulevard du Temple in Paris in 1838.  Daguerre was the inventor of the Daguerrotype (the image in a Daguerreotype is formed by an alloy of mercury and silver, where the vapor from a pool of heated mercury is used to develop the copper plate which has a thin coating of silver that has previously been sensitized to light with iodine vapour so as to form silver iodide crystals on the silver surface of the plate).

The image is impressive in its own right for it was taken in 1838.  What’s of even more significance, however, is the fact that it contains the image of the very first human being ever photographed.  There are actually several other people in the photo, but due to the 10-minute exposure they are rendered as invisible blurs.  In the bottom left you will find the one man who managed to remain still for the duration due to the fact he was getting his shoes polished.  This simple guy who was going about his simple day would never have known that his shoe polish session was burning his image into not just a copper plate, but the halls of photographic history forever. 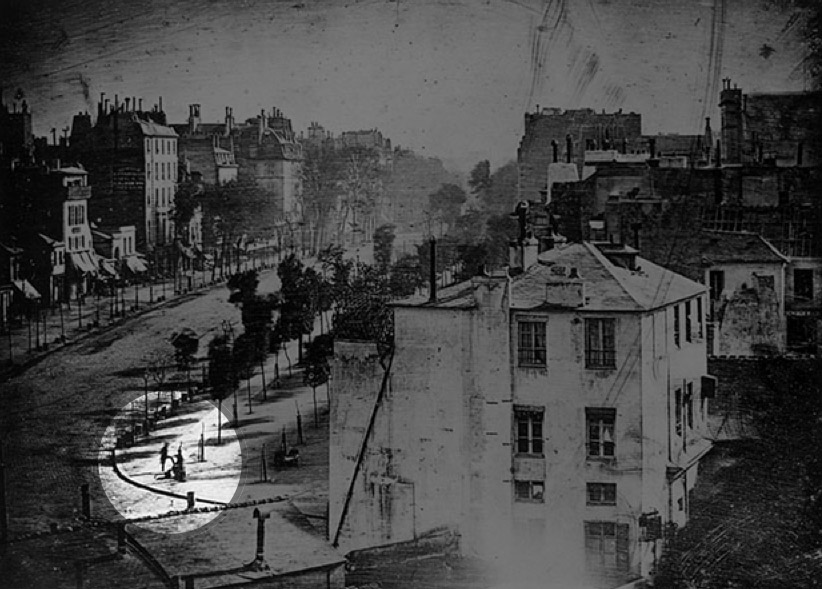