Forbes: Why CBS And Warner Brothers Will Never Quit On Charlie Sheen

Another day, another Charlie Sheen meltdown. Multiple sources are reporting that the Two and a Half Men star was found naked and intoxicated after trashing a New York hotel room early Tuesday morning.  The news comes less than a year after the CBS star avoided jail time related to a charge that he had threatened his wife, Brook Mueller, at knife-point. This time around, his publicist is claiming an “adverse allergic reaction to some medication and was taken to the hospital.”  Never mind the messy details, here’s the most surprising thing about the ordeal: people continue to be surprised to hear Warner Brothers, the studio the produces Sheen’s show, and CBS, the network that airs it, are standing by him (again)? And yes, not commenting or attempting to ignore the situation is the same thing in my book.  Of course they are. Sheen, after all, is a one-man profit center.

Sheen made $30 million last year (a figure about to rise this season because of his latest contract extension) and it’s not because his bosses think he’s a good, reliable guy.  Judging from the endless stream of trouble he seems to find himself in, they’re probably pretty convinced he’s anything but – but it doesn’t matter.  What matters is Two and a Half Men, the show he has carried for eight seasons, is the most-watched comedy in prime-time.  Thus far this season, the sitcom is averaging 15.2 million viewers, a particularly impressive feat given both its age and the increasingly fractured landscape it plays in.  Among the all-important 18 to 49-year-old audience, it draws a highly competitive 5.2 rating.  That translates to approximately $207,000 per ad, the second priciest live-action comedy in prime-time (behind NBC’s lesser watched The Office), according to Advertising Age’s annual report. Last season, it generated $155.1 million in CBS ad revenue for the Tiffany network, reports Kantar Media. And none of that factors in the many millions in syndication revenue Warner Brothers (like Sheen) is raking in on an annual basis.  So until you see a) the show’s ratings take a nose dive or b) Sheen’s notorious behavior land him in jail for an extended period forcing production to be shut down, I don’t imagine you’ll be hearing much from those TV bosses of his. 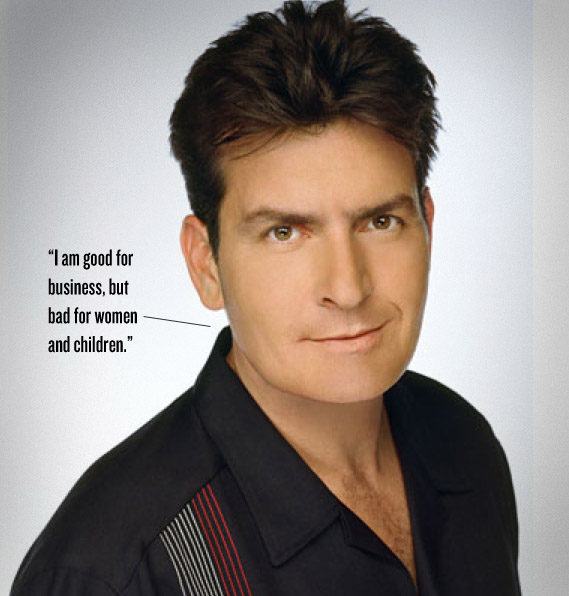